The developing battle over internet neutrality and internet news censorship

Ajit Pai, the Federal Communications Commission’s Trump-appointed chairman, is moving to gut the net neutrality rules that progressive activists and a massive online movement successfully pushed for during the Obama administration. 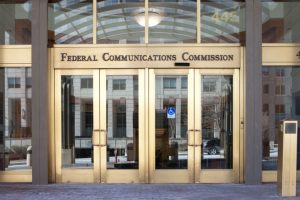 The effort to kill net neutrality adds to a long list of deregulatory moves that media rights advocates say will hurt people the FCC is charged with protecting: everyday consumers, low-income families, underserved Indigenous communities, disabled people, as well as women and people of color, who remain underrepresented in broadcast media.

Last week, Pai and the FCC’s Republican majority began overhauling the Lifeline program that subsidizes phone and internet service for low-income people, an effort that Democratic commissioners say will punitively cripple the crucial safety net. Commissioners also voted along party lines to repeal a list of media ownership regulations, a move that critics say will usher in a new era of media consolidation in local markets and help a massive, right-leaning broadcasting company gobble up TV stations without selling others off. 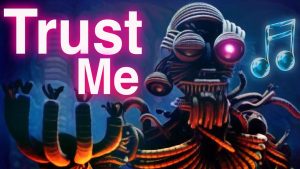 The FCC’s agenda may be good news for the class of mostly white men who own big telecom companies and broadcasting stations and are eager to consolidate their control over the media landscape. Consider Sinclair Broadcast Group, the TV broadcasting giant that reportedly “struck a deal” with the Trump campaign for favorable coverage and has since seen regulatory hurdles standing in the way of a proposed merger with Tribune Media cleared by Pai and the FCC.

Sinclair is known for pushing a conservative agenda and could soon reach 72 percent of local TV viewers nationwide if the merger is approved. “To some extent Trump TV already exists; it’s just going to be Trump TV on steroids,” Tim Karr, spokesperson for the digital rights group Free Press, said of Sinclair in an interview.

Pai has been talking about killing the FCC’s historic net neutrality rules since they were established in 2015 (well before his appointment as chairman). He’s been taking comments on a draft proposal to do so for months and circulated a final draft among his fellow commissioners today. A final draft will be released to the public on Wednesday. Observers expect the FCC to vote on a measure that will largely gut the rules at a meeting scheduled for December 14.

Pai also announced on Tuesday that the FCC would take public comments on whether to change or eliminate a rule that caps the percentage of US households that TV stations owned by a single broadcasting company can reach at 39 percent — the major remaining regulatory roadblock standing in the way of Sinclair’s proposed merger with Tribune Media.

Like his counterparts in other agencies under the Trump administration, Pai argues that slashing regulations and allowing big businesses to maximize profits will lead to new media models and investments in telecom infrastructure that will benefit everyone else. It’s the same “trickle-down” theory driving Trump and many GOP politicians.

Speaking before the right-libertarian Cato Institute on Friday, Pai said the FCC’s role isn’t to support “any particular company or industry,” but rather to “foster a light-touch regulatory framework” that allows different companies to compete.

“And then we’ll let American consumers choose who succeeds and who doesn’t,” Pai said. “After all, competition is a far better guarantor of consumer welfare than preemptive regulation.”

However, there are only so many airwaves and broadcasting licenses available in local TV and radio markets, and by relaxing media ownership rules, the FCC is setting the stage for newsroom consolidations that could reduce the number of journalists working local beats, as well as the already-small number of voices from communities of color on the airwaves.

“It’s a giveaway to [broadcasting] companies without expecting, or frankly, having a realistic case for competition in return,” said Phillip Berenbroick, a senior policy counsel at Public Knowledge, in an interview with Truthout.

Pai argues the deregulation is necessary to help newspapers and local broadcasters compete with large online platforms such as Facebook that deliver news, but Democratic FCC Commissioner Mignon Clyburn points out that big internet firms are not producing local news reporting on their own.

“Citing to ‘simple fairness,’ the Chairman is fond of making a comparison between local broadcasters and tech companies like Google, Twitter and Facebook,” Clyburn wrote in her dissenting statement. “Yet the last time I checked, none of these companies are in the newsgathering business nor to my knowledge are they engaged in local news production.”

Consumers also have limited choices when it comes to internet providers. In many parts of the country, only one or two companies provide cable and high-speed internet service. Some rural and impoverished areas do not have any options, and experts say slashing regulations is not going to help.

“Killing net neutrality is not going to move the needle on broadband deployment in areas [where] it’s not economical,” Berenbroick said.

Net neutrality supporters say that without the rules, big broadband providers like AT&T and Comcast would be free to censor competing web content and extract fees from big players like Google and Amazon in exchange for priority speeds that would put smaller companies at a disadvantage. Providers say they would never do such things, but advocates counter that the incentives are there and attempts at priority deals have already been made.

Rashad Robinson, executive director of the online civil rights group Color Of Change, said net neutrality has been an “indispensible tool” for those fighting for justice and civil rights.

“Net neutrality ensures that the internet is a place for innovation and opportunity for all, allowing the voices and ideas of everyday Black folks to spread based on substance, rather than financial backing,” Robinson said in a statement.

Some net neutrality advocates fear providers would eventually “cable-ize” the internet by providing lower-income consumers with access to only certain websites, rather than the entire internet, in exchange for lower service rates.

However, Pai says the regulations have impeded profit margins and prevented telecom companies from investing in broadband infrastructure. If the FCC repeals them, he argues, broadband companies will have extra cash to deploy high-speed internet in needy areas.

Yet, both Karr and Berenbroick said that there is no evidence that the net neutrality rules have kept broadband companies from laying new cables and fiber wires to expand internet access. “The notion that he is fixing a problem is a bogus premise to begin with,” Karr said.

In May, a study by Free Press found a 5 percent increase in capital investments among providers after net neutrality was established.

In fact, broadband companies tell investors that they are expanding infrastructure more than ever before, particularly in high-income areas where they are seeing high profits. Rural and low-income areas remain disconnected because bringing services to them is expensive and will not reap large returns for these private companies. Repealing net neutrality is not going to change that, according to Berenbroick.

“If they were going to deploy there, they would be there already,” Berenbroick said of areas in need of high-speed connection, adding that government investment would ultimately be necessary to fix the problem.

If we are to believe Pai, then his deregulatory efforts will unleash a new wave of innovation and investment in both local media and the internet. If instead we see rampant consolidation, the closing of local newsrooms and big telecom companies increasingly shaping how we access the internet, could voters respond by punishing Republicans in the midterm elections?

Karr said net neutrality remains popular among voters and consumers, including Republicans, and millions of comments supporting the rules have flooded the FCC. (Perhaps this is why Pai is scheduling his major moves on the issue around major holidays.) Meanwhile, internet service providers that enjoy monopolies and duopolies across the country consistently score lower than any other industry when it comes to customer satisfaction.

With all the buzz around net neutrality, Karr said, the issue could very well be “part of a progressive/Democratic platform that is featured in the 2018 midterms.”

The United States is a nation quarreling with itself right now. Most of the country’s population wants to keep the internet an equitable and free place, embracing net neutrality rules as a necessary guardian against corporate overreach. But the current political administration seems hellbent on dismantling net neutrality and handing internet service providers the freedom to mold, shape, manipulate, and price internet access in whatever fashion they like. The downsides to this regulatory repeal are too numerous and appalling to list, but you don’t have to agree that it’s a bad idea to see something else important about it: whatever the American authorities do with respect to the internet will have major repercussions for the rest of the world as well…

Joining progressive open Internet advocates, more than 200 companies made an argument in favor of net neutrality on Cyber Monday, highlighting how the Trump administration’s planned rollback of the Obama-era net neutrality rule would harm both businesses and customers.

Google’s de-ranking of RT in search results is a form of censorship and blatant propaganda, commentary by Danielle Ryan, published in the ‘Op Edge’ feature of RT.com, Nov 26, 2017

Who is the true propagandist? The man who offers you information which you can freely choose to believe or disregard — or the man who tries to control what you see, for fear you might start using your own brain to distinguish truth from lies?

That is essentially what Eric Schmidt, the Executive Chairman of Google’s parent company Alphabet, is doing when it comes to news articles from this website, RT. Schmidt was closely involved in Hillary Clinton’s campaign for president, and in a recent interview he admitted that Google is creating special algorithms to filter RT’s news and make it appear less prominently in Google’s search results. In his own words, Google is trying to “engineer the systems” to make RT’s content less visible…

Registering the cable channel RT as a foreign agent is a threat to press freedom, by Katrina vanden Heuvel (publisher of The Nation), published in The Nation, Nov 14, 2017

[The ‘Trust Project’: Anti-Russia media knows what is good for you, announcement of the formation of the Trust Project, 2017]

The Trust Project, a consortium of top news companies led by award-winning journalist Sally Lehrman, is developing transparency standards that help you easily assess the quality and credibility of journalism. Our launch partners include the The Economist, The Globe and Mail, the Independent Journal Review, Mic, Italy’s La Repubblica and La Stampa, and The Washington Post…

[The Trust Project is hosted by the Markkula Center for Applied Ethics at Santa Clara University (California).

Every day, approximately 50,000 web pages filled with information come online—ranging from the weird, the wonderful and the wacky to the serious, the subjective, and the spectacular.

With a plethora of choices out there, we rely on algorithms to sort and rank all this information to help us find content that is authoritative and comes from credible sources. A constantly changing web means we won’t ever achieve perfection, but we’re investing in helping people understand what they’re reading by providing visual signposts and labels.

We add clear labelling to stories in Google News (e.g., opinion, local, highly cited, in depth), and over year ago we launched the Fact Check tag globally in Google News and Search. And just recently we added information to our Knowledge Panels to help people get a quick insight into publishers.

Today, we’re announcing a move toward a similar labeling effort by the Trust Project, which is hosted at the Markkula Center for Applied Ethics at Santa Clara University. The Project, which is funded by Google among others, has been working with more than 75 news organizations from around the world to come up with indicators to help people distinguish the difference between quality journalism and promotional content or misinformation.

In a first step, the Project has released eight trust indicators that newsrooms can add to their content…