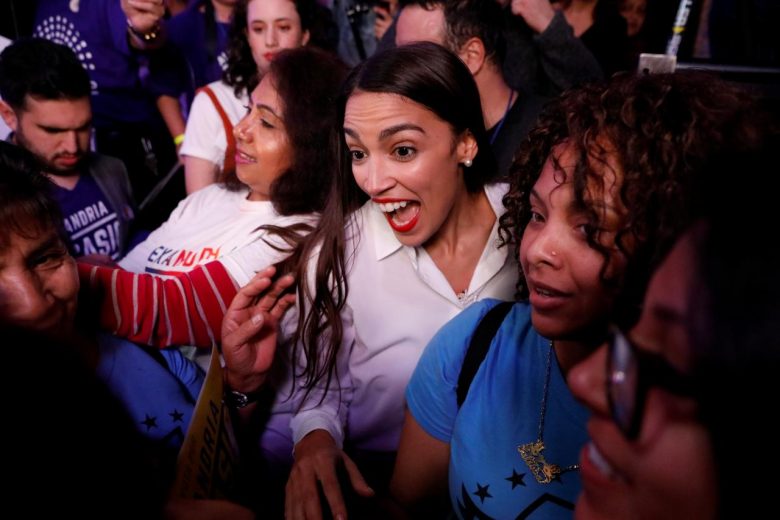 As uncertainty continues to surround the results of the US Midterm elections, this informative analysis is of the situation as it stood the day after voting.

Democrats won back control of the House of Representatives Tuesday night, making Nancy Pelosi the speaker of the House for the second time. When all is said and done, the party is likely to pick up more than 30 seats, and that number could reach as high as 40. Democrats made major inroads with suburban voters, particularly college-educated women: a result that can clearly be seen as a backlash to Donald Trump’s coarse and divisive politics.

In governor’s races, the Democrats seem likely to pick up seven seats (with three outstanding) and have flipped a number of state legislatures from red to blue.

And yet, for Democrats, Tuesday night feels like something less than a major victory.

It’s not just that red-state incumbent Senate Democrats in Indiana, Missouri, and North Dakota went down to defeat — and by substantial margins — it’s that high profile Democrats in states crucial to 2020 also fell short. Beto O’Rourke lost the Texas Senate race to Ted Cruz, but the slim margin (three points), in a state that hasn’t elected a Democratic candidate statewide in nearly three decades, suggests that this wasn’t as crushing a defeat. The same cannot be said of the results in Florida, where not only is Governor Rick Scott likely to unseat incumbent Democrat Bill Nelson, but Andrew Gillum lost the Senate race to Republican Ron DeSantis.

The gubernatorial result is a difficult outcome for two reasons. First, DeSantis is a political non-entity, particularly in comparison to Gillum who is a charismatic and impressive political figure. DeSantis ran as a mini-Trump candidate with no discernible positive message and a brazen reliance on racist appeals to Florida’s white voters. That his grubby campaign effort succeeded is one more another disquieting reminder of the effectiveness of the GOP’s race-based political messaging.

For Democrats the other troubling outcome is in Ohio, where Democrat Richard Cordray lost the governor’s race to Mike DeWine in an outcome that likely solidifies the Buckeye State’s position in the GOP column. In addition, while Democrats faring poorly in red state Senate races should not be seen as unexpected, it’s how they lost that should concern the party. It seems evident that Trump’s efforts to rally rank-and-file Republican voters on behalf of GOP candidates paid dividends.

But the problem for Democrats in the Senate goes much deeper. Granted, the Senate map in 2016 was a hot mess for Democrats. They were defending 26 seats versus nine for Republicans. That they will end the night only losing two to three seats is an underappreciated accomplishment. But in a national environment that favored Democrats and with tested incumbents, these were races that Democrats needed to win if they wanted to maintain footholds in these states. If Claire McCaskill or Joe Donnelly (and possibly Jon Tester) could not hold on in Missouri, Indiana, and Montana, respectively, there’s not much hope that future Democrats without statewide recognition will have much success. This does not bode well for the Democrats chances of winning back the Senate any time soon — and if they can’t win back the Senate they will have little hope of enacting a progressive legislative agenda if they take back the White House in 2020.

And if Democrats are unable to prevail in red states — and are failing in recent battlegrounds like Florida or Ohio — then the path to winning the White House becomes that much more clouded. To be sure, Democrats were successful in winning governorship and Senate races in Michigan, Pennsylvania, and Wisconsin — three states that Trump won in 2016. Moreover, they picked up two House seats in Iowa and appear to have narrowly lost the governor’s race in Georgia and the Senate race in Texas — all states the Trump won. Even Florida isn’t a completely lost cause. Gillum lost by less than a point; Nelson is down by 0.4 tenths, and the state’s voters passed a referendum restoring voting rights to 1.5 million former felons, which could have a significant and positive political impact for Democrats in 2020.

Nonetheless, Democrats went into the evening hoping that the country’s revulsion with President Trump’s policies would result in a massive repudiation at the polls. That didn’t happen, even if Democrats garnered substantial victories in the House and governor’s mansions. What’s worse, many Republicans will look at the party’s performance in red and purple states as evidence that more firmly linking themselves to Trump’s racist demagoguery is a recipe for success. With that outcome, it’s hard to see Tuesday’s results in a completely positive light. Our politics are, in many respects, just as broken as they were the day before.
*****
Click here to sign up for Michael Cohen’s Truth and Consequences newsletter
Editors’ Note: While we don’t necessarily share the views we publish on New Cold War, we do attempt to provide readers with a range of views. This is because your right to make your own mind up depends on your being fully informed.
Share
Tweet
Share
Pin