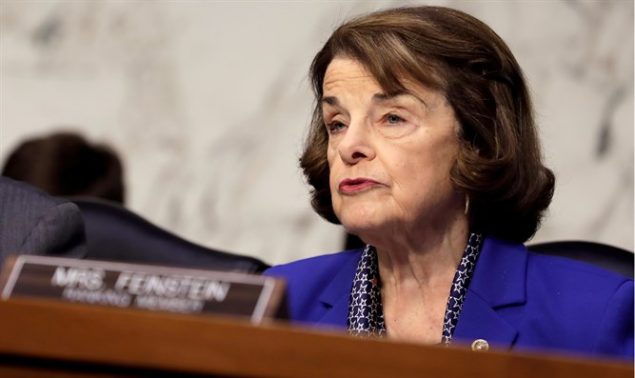 Six Democratic senators have introduced a resolution to restore US humanitarian aid to Palestinian Arabs in Judea, Samaria and Gaza, JTA reported Thursday.

Congress appropriated $257.5 million in 2018 for bilateral assistance to the Palestinian Authority, but the Trump administration has not distributed the money because of perceived intransigence on peace talks by the Palestinian Arabs and payments to the families of terrorists who have attacked Israelis.

“President Trump’s refusal to provide humanitarian aid to the Palestinian people is a strategic mistake,” Sen. Dianne Feinstein (D-CA), one of the lawmakers who introduced the measure, said in a statement quoted by JTA.

“Denying funding for clean water, health care and schools in the West Bank and Gaza won’t make us safer. Instead it only emboldens extremist groups like Hamas and pushes peace further out of reach,” she added.

Along with Feinstein, the resolution was introduced by Sen. Jeff Merkely of Oregon along with Sens. Chris Coons of Delaware, Patrick Leahy of Vermont, Chris Van Hollen of Maryland and Catherine Cortez Masto of Nevada.

Since 2018, the US has cut aid to the Palestinian Authority, both by congressional action (including passage of the Taylor Force Act) and changes in policy by the Trump administration.

In August of that year, Trump’s administration decided to completely halt its funding for the UN agency for “Palestinian refugees” (UNRWA), which had previously stood at around $350 million a year.

Later, it announced it would cut $25 million more in direct aid to six hospitals that primarily serve Palestinian Arabs in Jerusalem.

In another move, Washington cut aid to the PA for programs supporting conflict resolution with Israelis.