Deafening Democratic silence on Gaza is because they own it too 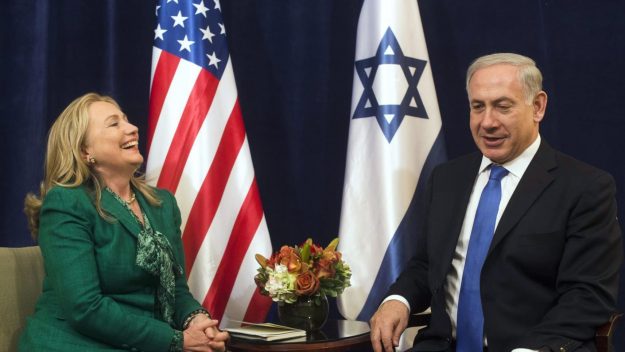 “Democratic party leaders are as always firmly behind their Israeli clients, and their party machinery remains under lock and key.”

Gruesome as the latest Israeli atrocities are, with over 70 murdered and a couple thousand civilians deliberately shot by IDF snipers, it will not be the turning point in relations between the US empire and its Israeli client state. The brutal military campaigns against Gaza in 2009 and 2014 killed thousands, wounded tens of thousands and displaced hundreds of thousands with a Democrat in the White House.

Despite some DSA victories in western Pennsylvania, despite demurrals from Bernie Sanders and a handful of House members, and whatever qualms Democratic voters might have, Democratic party leaders are as always firmly behind their Israeli clients, and their party machinery remains under lock and key.

Even as Jared Kushner and Ivanka Trump cut the ribbon opening the US embassy in Jerusalem, and hundreds of Palestinians were being gunned down, Democratic senate leader Chuck Schumer declared the latest provocation was “long overdue” and affirmed it as the official policy of both US ruling class parties. California Senator Kamala Harris, widely considered her party’s front runner for the 2020 presidential nomination addressed AIPAC publicly in 2017 and privately this year. In 2017 she embraced the settler myth that “Israel made the desert bloom” bragging that she helped by collecting funds to plant trees on the sites of massacres and dispossessions.

No fewer than 24 states have enacted bipartisan legislation to publicly identify and blacklist individuals or corporations that do business with individuals and entities publicly identified as BDS-friendly. Similar legislation has been introduced in a dozen more states and in the US Senate. Israel trains thousands of US police each year for hundreds of local departments from big cities, universities and state cop shops to small towns and rural counties. It’s no wonder that US corporate news media portrayed the latest Israeli massacre as a bizarre act of self-defense at Israel’s borders, as though the gun line around the world’s largest concentration camp, population 2 million, were an international frontier.

The connection between both US ruling parties and the settler state of Israel is bone-deep and organic, though it may not be especially popular among rank and file Democrats. Most tellingly, the Democratic Congressional Campaign Committee, which traditionally pre-selects congressional candidates for loyalty to corporate power and empire, and funnels tens of millions for election cycle to the most right wing Democrats it can find, is sponsoring no fewer than 40 candidates with State Department, Homeland Security and military intelligence backgrounds in 2018 Democratic primaries across the country.

“When Bernie and Barber bray about a two state solution nobody ever asks them out loud why the racist ethnocracy of Israel must be preserved, in their imaginary construction, as a neighbor to Palestine.”

Among the leftmost Democrat elected and selected leaders are Vermont Senator Bernie Sanders, and North Carolina’s Rev. William Barber, anointed heir of Dr. King and head of the New Poor Peoples Campaign. Both Sanders and Barber call for a two-state solution to the Israel-Palestine horror, as if forty years of facts on the ground, from the apartheid wall to the land, sea and air blockades of Gaza, and the network of Jewish-only roads, encroaching settlements and military checkpoints didn’t exist, and as if Israel didn’t control the electric and water grids, even the aquifers beneath Gaza and the fishing rights offshore, issue the paychecks of Palestinian civil servants and determine the budgets of Palestinian government agencies.

When Bernie and Barber bray about a two state solution nobody ever asks them out loud why the racist ethnocracy of Israel must be preserved, in their imaginary construction, as a neighbor to Palestine. It’s just something Democrats are committed to. There is no land and no resources out of which to make a viable Palestinian state, the Israelis have taken or blockaded everything of value except the humans living there.

Governments based upon race and ethnocracy have no legitimacy in the modern world, except among US Democrats and Republicans, themselves heir to a nation built with stolen labor upon stolen land. US ruling class media faithfully follow the script, reporting on the latest Israeli massacres as though they were natural disasters the Palestinians somehow brought upon themselves by refusing to meekly submit to conquest and expulsion by the US backed state of Israel.

For a generation now, it’s been obvious to everybody paying attention that a just solution to the problems of Israel-Palestine is only possible under a single small d democratic state which respects the rights of all the people living in the territory. But this is a place a party of the US ruling class cannot go. It would mean repudiation of the racist ethnocracy that is today’s Israel. And no matter what Democrat grassroots say they want, Democratic party leaders won’t let that happen and have made sure there are no ways to make it happen.