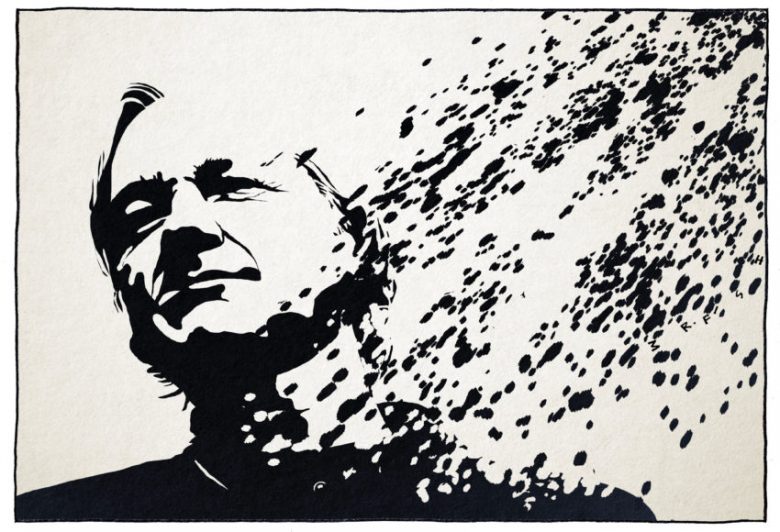 Once feted and courted by some of the largest media organizations in the world, including The New York Times and The Guardian, this update details the increasingly difficult situation facing Julian Assange during his sojourn in the Ecuadorian Embassy.

Julian Assange’s sanctuary in the Ecuadorian Embassy in London has been transformed into a little shop of horrors. He has been largely cut off from communicating with the outside world for the last seven months. His Ecuadorian citizenship, granted to him as an asylum seeker, is in the process of being revoked. His health is failing. He is being denied medical care. His efforts for legal redress have been crippled by the gag rules, including Ecuadorian orders that he cannot make public his conditions inside the embassy in fighting revocation of his Ecuadorian citizenship.

Australian Prime Minister Scott Morrison has refused to intercede on behalf of Assange, an Australian citizen, even though the new government in Ecuador, led by Lenín Moreno—who calls Assange an “inherited problem” and an impediment to better relations with Washington—is making the WikiLeaks founder’s life in the embassy unbearable. Almost daily, the embassy is imposing harsher conditions for Assange, including making him pay his medical bills, imposing arcane rules about how he must care for his cat and demanding that he perform a variety of demeaning housekeeping chores.

The Ecuadorians, reluctant to expel Assange after granting him political asylum and granting him citizenship, intend to make his existence so unpleasant he will agree to leave the embassy to be arrested by the British and extradited to the United States. The former president of Ecuador, Rafael Correa, whose government granted the publisher political asylum, describes Assange’s current living conditions as “torture.”

His mother, Christine Assange, said in a recent video appeal, “Despite Julian being a multi-award-winning journalist, much loved and respected for courageously exposing serious, high-level crimes and corruption in the public interest, he is right now alone, sick, in pain—silenced in solitary confinement, cut off from all contact and being tortured in the heart of London. The modern-day cage of political prisoners is no longer the Tower of London. It’s the Ecuadorian Embassy.”

“Here are the facts,” she went on. “Julian has been detained nearly eight years without charge. That’s right. Without charge. For the past six years, the U.K. government has refused his request for access to basic health needs, fresh air, exercise, sunshine for vitamin D and access to proper dental and medical care. As a result, his health has seriously deteriorated. His examining doctors warned his detention conditions are life-threatening. A slow and cruel assassination is taking place before our very eyes in the embassy in London.”

In 2016, after an in-depth investigation, the United Nations ruled that Julian’s legal and human rights have been violated on multiple occasions,” she said. “He’d been illegally detained since 2010. And they ordered his immediate release, safe passage and compensation. The U.K. government refused to abide by the U.N.’s decision. The U.S. government has made Julian’s arrest a priority. They want to get around a U.S. journalist’s protection under the First Amendment by charging him with espionage. They will stop at nothing to do it.”

“As a result of the U.S. bearing down on Ecuador, his asylum is now under immediate threat,” she said. “The U.S. pressure on Ecuador’s new president resulted in Julian being placed in a strict and severe solitary confinement for the last seven months, deprived of any contact with his family and friends. Only his lawyers could see him. Two weeks ago, things became substantially worse. The former president of Ecuador, Rafael Correa, who rightfully gave Julian political asylum from U.S. threats against his life and liberty, publicly warned when U.S. Vice President Mike Pence recently visited Ecuador a deal was done to hand Julian over to the U.S. He stated that because of the political costs of expelling Julian from their embassy was too high, the plan was to break him down mentally. A new, impossible, inhumane protocol was implemented at the embassy to torture him to such a point that he would break and be forced to leave.”

Assange was once feted and courted by some of the largest media organizations in the world, including The New York Times and The Guardian, for the information he possessed. But once his trove of material documenting U.S. war crimes, much of it provided by Chelsea Manning, was published by these media outlets he was pushed aside and demonized. A leaked Pentagon document prepared by the Cyber Counterintelligence Assessments Branch dated March 8, 2008, exposed a black propaganda campaign to discredit WikiLeaks and Assange. The document said the smear campaign should seek to destroy the “feeling of trust” that is WikiLeaks’ “center of gravity” and blacken Assange’s reputation. It largely has worked. Assange is especially vilified for publishing 70,000 hacked emails belonging to the Democratic National Committee (DNC) and senior Democratic officials. The Democrats and former FBI Director James Comey say the emails were copied from the accounts of John Podesta, Democratic candidate Hillary Clinton’s campaign chairman, by Russian government hackers. Comey has said the messages were probably delivered to WikiLeaks by an intermediary. Assange has said the emails were not provided by “state actors.”

The Democratic Party—seeking to blame its election defeat on Russian “interference” rather than the grotesque income inequality, the betrayal of the working class, the loss of civil liberties, the deindustrialization and the corporate coup d’état that the party helped orchestrate—attacks Assange as a traitor, although he is not a U.S. citizen. Nor is he a spy. He is not bound by any law I am aware of to keep U.S. government secrets. He has not committed a crime. Now, stories in newspapers that once published material from WikiLeaks focus on his allegedly slovenly behavior—not evident during my visits with him—and how he is, in the words of The Guardian, “an unwelcome guest” in the embassy. The vital issue of the rights of a publisher and a free press is ignored in favor of snarky character assassination.

Assange was granted asylum in the embassy in 2012 to avoid extradition to Sweden to answer questions about sexual offense allegations that were eventually dropped. Assange feared that once he was in Swedish custody he would be extradited to the United States. The British government has said that, although he is no longer wanted for questioning in Sweden, Assange will be arrested and jailed for breaching his bail conditions if he leaves the embassy.

WikiLeaks and Assange have done more to expose the dark machinations and crimes of the American Empire than any other news organization. Assange, in addition to exposing atrocities and crimes committed by the United States military in our endless wars and revealing the inner workings of the Clinton campaign, made public the hacking tools used by the CIA and the National Security Agency, their surveillance programs and their interference in foreign elections, including in the French elections. He disclosed the conspiracy against British Labour Party leader Jeremy Corbyn by Labour members of Parliament. And WikiLeaks worked swiftly to save Edward Snowden, who exposed the wholesale surveillance of the American public by the government, from extradition to the United States by helping him flee from Hong Kong to Moscow. The Snowden leaks also revealed, ominously, that Assange was on a U.S. “manhunt target list.”

What is happening to Assange should terrify the press. And yet his plight is met with indifference and  sneering contempt. Once he is pushed out of the embassy, he will be put on trial in the United States for what he published. This will set a new and dangerous legal precedent that the Trump administration and future administrations will employ against other publishers, including those who are part of the mob trying to lynch Assange. The silence about the treatment of Assange is not only a betrayal of him but a betrayal of the freedom of the press itself. We will pay dearly for this complicity.

Even if the Russians provided the Podesta emails to Assange, he should have published them. I would have. They exposed practices of the Clinton political machine that she and the Democratic leadership sought to hide. In the two decades I worked overseas as a foreign correspondent I was routinely leaked stolen documents by organizations and governments. My only concern was whether the documents were forged or genuine. If they were genuine, I published them. Those who leaked material to me included the rebels of the Farabundo Marti National Liberation Front (FMLN); the Salvadoran army, which once gave me blood-smeared FMLN documents found after an ambush; the Sandinista government of Nicaragua; the Israeli intelligence service, the Mossad; the Federal Bureau of Investigation; the Central Intelligence Agency; the Kurdistan Workers’ Party (PKK) rebel group; the Palestine Liberation Organization (PLO); the French intelligence service, Direction Générale de la Sécurité Extérieure, or DGSE; and the Serbian government of Slobodan Milosovic, who was later tried as a war criminal.

We learned from the emails published by WikiLeaks that the Clinton Foundation received millions of dollars from Saudi Arabia and Qatar, two of the major funders of Islamic State. As secretary of state, Hillary Clinton paid her donors back by approving $80 billion in weapons sales to Saudi Arabia, enabling the kingdom to carry out a devastating war in Yemen that has triggered a humanitarian crisis, including widespread food shortages and a cholera epidemic, and left close to 60,000 dead. We learned Clinton was paid $675,000 for speaking at Goldman Sachs, a sum so massive it can only be described as a bribe. We learned Clinton told the financial elites in her lucrative talks that she wanted “open trade and open borders” and believed Wall Street executives were best-positioned to manage the economy, a statement that directly contradicted her campaign promises. We learned the Clinton campaign worked to influence the Republican primaries to ensure that Donald Trump was the Republican nominee. We learned Clinton obtained advance information on primary-debate questions. We learned, because 1,700 of the 33,000 emails came from Hillary Clinton, she was the primary architect of the war in Libya. We learned she believed that the overthrow of Moammar Gadhafi would burnish her credentials as a presidential candidate. The war she sought has left Libya in chaos, seen the rise to power of radical jihadists in what is now a failed state, triggered a massive exodus of migrants to Europe, seen Libyan weapon stockpiles seized by rogue militias and Islamic radicals throughout the region, and resulted in 40,000 dead. Should this information have remained hidden from the American public? You can argue yes, but you can’t then call yourself a journalist.

“They are setting my son up to give them an excuse to hand him over to the U.S., where he would face a show trial,” Christine Assange warned. “Over the past eight years, he has had no proper legal process. It has been unfair at every single turn with much perversion of justice. There is no reason to consider that this would change in the future. The U.S. WikiLeaks grand jury, producing the extradition warrant, was held in secret by four prosecutors but no defense and no judge. The U.K.-U.S. extradition treaty allows for the U.K. to extradite Julian to the U.S. without a proper basic case. Once in the U.S., the National Defense Authorization Act allows for indefinite detention without trial. Julian could very well be held in Guantanamo Bay and tortured, sentenced to 45 years in a maximum-security prison, or face the death penalty. My son is in critical danger because of a brutal, political persecution by the bullies in power whose crimes and corruption he had courageously exposed when he was editor in chief of WikiLeaks.”

Assange is on his own. Each day is more difficult for him. This is by design. It is up to us to protest. We are his last hope, and the last hope, I fear, for a free press.