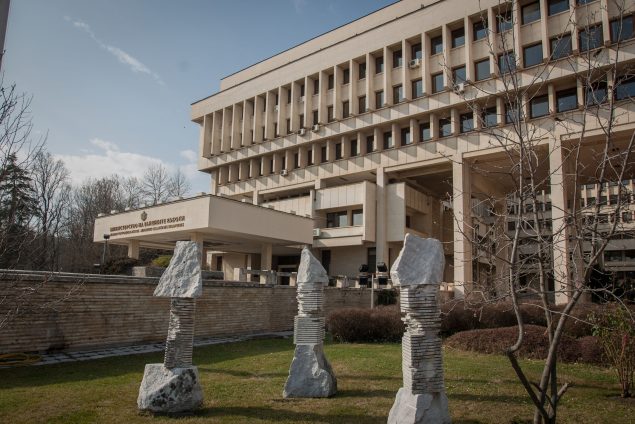 The entire statement by the Bulgarian Foreign Ministry is the following:

“Without denying the USSR’s contribution to the defeat of Nazism in Europe, we should not turn a blind eye to the fact that the bayonets of the Soviet Army brought to the peoples of Central and Eastern Europe half a century of repression, a stifling civil conscience, a deformed economic development and detachment from the dynamics of the processes in the developed European countries.

The Ministry of Foreign Affairs has nothing to do with this event, and we advise the Russian Embassy not to take a position in support of a dubious historical thesis (“liberation”), which privileges only some political circles in Bulgaria, as it is an interference with the domestic political debate in our country.

September 9th and its aftermath must remain in the hands of historians and in the realm of historical science in order to be subject to a full and accurate assessment of their impact on the development of Bulgaria in the 20th century.

From the point of view of international law, the facts are clear: the September 9 coup was a direct consequence of the declaration of war on Bulgaria by the USSR on September 5th, 1944 and the subsequent entry of Soviet troops into the territory of Bulgaria which was neutral towards the USSR.

The USSR declared war on Bulgaria when a new democratic government had just come to power, announcing the end of ties with Nazi Germany and reaffirming the position of the Kingdom of Bulgaria’s neutrality against Russia. This is followed by a temporary occupation of Bulgaria by the USSR and the Allies, which is formally administered by representatives of the coalition, but de facto exercised exclusively through the Soviet military presence.

The long-term consequences for Bulgaria are the same as for other countries in Eastern Europe, falling within the Soviet zone of influence – 45 years of rule of a totalitarian regime based on the Bolshevik-Leninist version of communist ideology.”

The historical accuracy of the statements is, without a doubt, true. On September 5, 1944 the USSR did, in fact, declare war on Bulgaria and carried out a military operation in the area on September 8-9, 1944. However, the Bulgarian Foreign Ministry forgot to mention that then the country was supporting the Nazis. The Nazi Germany was using military facilities in Bulgaria for operations during the World War 2 and Bulgarian forces participated in occupation operations of the Nazi Germany – for example in Greece. 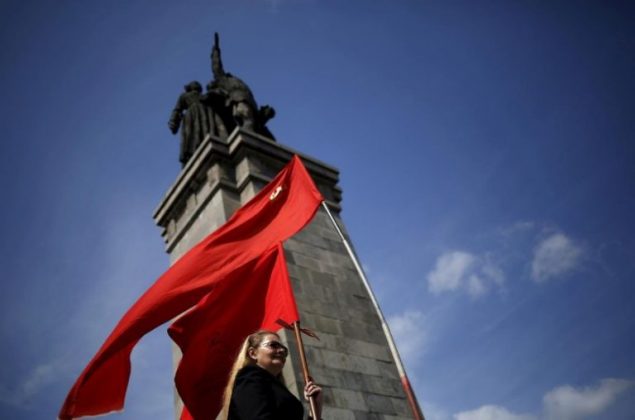 FILE PHOTO: A woman holds a Bulgarian communist flag next to an old Soviet flag as she attends Victory Day celebrations in front of the Soviet Army monument in Sofia, Bulgaria May 9, 2015. REUTERS/Stoyan Nenov/File Photo

On September 9, 1944 the Fatherland Front led by PM Kimon Georgiev seized political power in Bulgaria. Soon after that the “communist regime” took over and the communist party stood at the helm of the country until November 1989.

The date, which used to be an official holiday in Socialist-era Bulgaria, still causes controversy in a country where both pro-Soviet-era nostalgia and pro-Western attitudes coexist. It is celebrated by many as a people’s uprising that lead to a Socialist Revolution. Others, however, claim it marks a ‘dark day’ in Bulgarian history that led to the violent elimination of the country’s elite and dragged it away from its so-called Western-oriented path of development. Taking into account the current trend in the EU-US propaganda, it’s easy to imagine that at some moment the Euro-Atlantic establishment may make a decision to rehabilitate Adolf Hitler and his supporters. You know, ‘they just carried out a pre-emptive strike against the agressive Soviet regime preparing to seize Europe’.

During its communist era, Bulgaria was one of the most prosperous socialist states of the USSR-led bloc. Following November 1989 and the “transition to democracy” the situation was quite dire, with a heavy demographic decline ever since.

Some may say that the ‘bloody communist regime’ did much more to the growth of the Bulgarian pouplation than ‘years of democracy’. 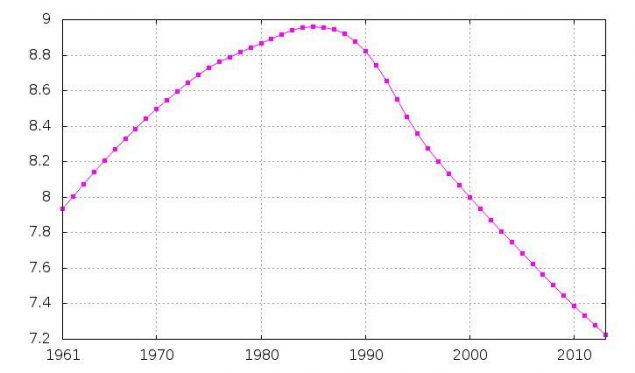 Demographics of Bulgaria throughout the years, in millions