Consumer riot: The global crisis and the formation of Maidan’s social base

By Victor Shapinov, presentation to a round table session at the Moscow Economic Forum, March 25, 26, 2015, published on the website of Borotba 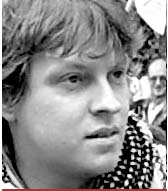 The current world economic situation is the culmination of 30 years of development characterized by the stimulation of consumer credit in the center of the world capitalist system (First World) and the transfer of production to regions with low-cost labor (Third World). The crisis of 2008 showed that growth based on this contradiction has reached its limits.

On one hand, the policy of reducing the cost of loans by reducing interest rates reached its limit (the U.S. Federal Reserve rate decreased from 19 percent to almost 0 percent), while at the same time, household debt in the United States, the “consumer pole” of the world economy, exceeded income and the savings rate fell almost to zero. (Today U.S. households consume about $3 trillion a year more than they earn.)

On the other hand, the “race to the bottom” in the Third World reached its limit — countries that were recipients of industrial investments because of “cheap labor” and resources began to show rising labor costs due to the development of the internal market (e.g., China). Countries with cheaper labor forces are politically unstable and lack the necessary infrastructure for effective investment in production; that is, to move production to still poorer countries is also impossible.

Thus, the entire global economic system, led by the U.S. as its economic and political center, is at an impasse. The contradictions of the division of labor that emerged after World War II and expanded to the entire planet as a result of the inclusion of the post-colonial world in the 1960s-70s, and the countries of the alternative (socialist) division of labor — China in the 80s and the USSR in the 90s – were strained to the limit and made further growth impossible on the old basis. Credit demand in the First World found itself at its “natural” limits when the current income of consumers does not allow them to pile up further debt. Private debts quickly become public. In turn, the fall in aggregate demand in the First World threatens declining production, unemployment and a halt to economic growth in the Third World. And here, even countries such as China are unlikely to have sufficient domestic markets to “close the gap.”

Under these conditions, the contradictions of the decaying “American” division of labor (which now includes the whole world) have been aggravated. So long as this system ensured economic growth, it managed to satisfy the ruling elites of various countries, along with many popular layers who got some “bonuses” from its existence (First World consumers, workers engaged in export industries in the Third World, etc.). Of course, the distribution of these benefits has been unequal and unfair, but while the system worked, discontent did not exceed the critical level.

In a systemic crisis, the situation is changing. There are attempts by the ruling elites of regional powers to detach from the “American” division of labor by setting up their own systems of division of labor in the form of trading blocs (such as the Customs Union, the Eurasian Union or the integration processes in Latin America). These processes are fraught with major regional conflicts and wars, because attempts to detach “their” markets from the “American” division of labor cause it great damage, especially at a time of crisis, when the market is shrinking.

Reducing the number of “bonuses” derived from the global division of labor intensifies the struggle between social groups.

We see a split in the ruling class (big business and the associated state bureaucracy), between groups that are trying to keep the old division of labor, groups for which the balance of “pros” and “cons” of participation in the “American” division of labor is no longer so obviously positive, and groups openly making a bid to secede from this system and form their own.

However, this contradiction should not be overestimated. The elite, even in those countries that seem to have openly opted for their own regional economic integration projects, are trying to the last to remain “loyal” to the “American” division of labor. An example is the Russian situation, where despite the declaration of the establishment of the Eurasian Union, the ruling bureaucracy embraces a certain isolation from the “American” system only under pressure of external circumstances (Crimea, sanctions). Also, the biggest Ukrainian oligarchs (the “party of billionaires”), after some hesitation, cast their “Eyes on Washington” to organize and sponsor Euromaidan.

There is a wide block of social forces that support the so-called pro-Western course (i.e., the “American” division of labor and its “owners”). We have taken to explaining the political orientation of these rather broad masses on the influence of Western propaganda, manipulation, or outright bribery. However, in reality, these social strata only follow their own class interests. Large segments of the middle class in cities such as Moscow and St. Petersburg are tied to the “Western” system of consumption. Calling itself a “creative class,” their actual function in the global political economy is consumption. Naturally, they focus on the standards and types of consumption dictated by the center of the economic system. They are profoundly alien to projects that would lead to separation from the division of labor which sets these standards and, accordingly, which threaten to separate them from their way of life under the current system.

These layers are generally hostile to the most underprivileged workers who are less involved in the “Western” system of consumption. Contempt for “Uralvagonzavod workers” in Moscow, “Donetsk cattle” in Kiev, or “locusts,” as Hong Kong’s “creative class” calls the poor residents of mainland China, has an economic basis. Because of this, characters hated by most of the people, like the late Nemtsov, naturally become the opinion leaders of this segment of the population.

The other “wing” of the social conflict born from the collapse of the “American” division of labor are people “excluded” from the system consumption. Even during the period of growth of the world economy, they did not receive enough benefits from its existence. Now, the very existence of the whole system of production and consumption, as well as social institutions based upon it, seem to them unnecessary and harmful, and have no right to exist. These forces embrace “chaos,” technophobia, radical negation. The most pronounced of these forces are radical Islamist movements such as the Islamic State. These forces don’t consider it possible to reform the existing system of institutions; they find it necessary to return to a much lower division of labor, seeking salvation from the evils of modern capitalism in the structures of traditional society.

In reality, we see that these two forces merge easily, as representatives of radical nationalism and the “creative class” did on the Maidan.

This new system requires a fundamental change in the system of production and consumption, and hence in the distribution of property and power. That is why such a system cannot be the result of activities of the ruling elite of some countries that have decided to build regional economic projects. Such a system can be born only under severe pressure “from below”; contrary to, rather than because of, the will of the ruling elite.

The 2015 Moscow Economic Forum took place on March 25, 26. See the program and the partial list of participants here.