Connecting the dots on the assault of the Cuban Embassy 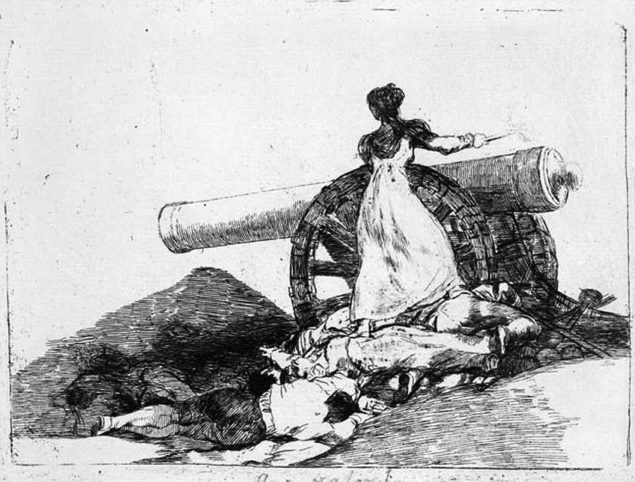 Together with an arsenal of evidence, Cuban Foreign Minister Bruno Rodríguez Parrilla called the shooting at the diplomatic headquarters on April 30 a “terrorist attack”.

A few hours before the attack on the Cuban Embassy in Washington, a woman wearing a red raincoat, dark glasses, mask and hood, was photographing the facade of the 16th Street mansion in the Adams-Morgan neighborhood. The security cameras recorded her in broad daylight and, despite her disguise, officials at the diplomatic headquarters recognized her perfectly. She is the wife of an anti-Castro “cause” activist, Mario Félix Lleonart Barroso, who, oddly enough, happens to be the common denominator of characters and institutions related to this plot.

Lleonart Barroso, a Cuban-born Baptist pastor from Washington, D.C., boasts on social networks of his close relationship with the Doral Jesus Worship Center — a church located in the epicenter of the Venezuelan and Cuban counterrevolution in Miami — and with his friends at the State Department, whose Twitter page advertises him in an interview as “persecuted for his faith in Cuba, where he endured years of threats and arrests” (tweet, Jan. 16, 2020).

The name of this individual, a “frequent participant in acts of harassment” against Cubans in Washington, is only a clue in the arsenal of evidence offered this Tuesday by Cuban Foreign Minister Bruno Rodríguez Parrilla, who called the shooting at the diplomatic headquarters on April 30 a “terrorist attack”. The protagonist in the assault is another Cuban-born pastor, also linked to the church in Doral and to very active individuals in that congregation who, in a not very Christian way, have requested to kill Raúl Castro and President Miguel Díaz-Canel with drones.

Alexander Alazo Baró, the author of the shooting, is being presented as a psychiatric patient besieged by persecution fantasies, while the Trump regime hid his file in the midst of an information blackout. The extraordinary thing is that, except for the images taken from the embassy that were released on Tuesday, the shocking evidence has been within public reach. It is easy to pull the strings of social networks and find the links between these gentlemen and old-school bombers under the cars, like Ramon Saul Sanchez, and also connect the dots to the most violent voices in Miami’s anti-Cuban, anti-Venezuelan political machine, and even the White House. Or all of them at once.

On February 1, 2019, Vice President Mike Pence was the keynote speaker at a “religious celebration” at the Doral Jesus Worship Center, attended by Florida Governor Ron DeSantis, Senators Marco Rubio and Rick Scott, and Representative Mario Diaz-Balart. The meeting got considerable coverage, because at it Pence promised from the pulpit the head of Nicolas Maduro in “a matter of days or weeks” and Diaz-Balart, exalted that by saying that Cuba and Venezuela were suffering from “the same cancer”. Also significant was this gathering was the first electoral event in favor of Donald Trump’s reelection.   The Associated Press echoed the theme of the day with Democratic representative Debbie Wasserman Schultz bluntly asserting, “Foreign policy is domestic policy in South Florida”.

Although Secretary of State Mike Pompeo and some of his subordinates – including those of the Organization of American State (OAS) – talk every other day about Cuba to torpedo Cuban medical collaboration, the United States authorities have avoided announcing anything on the core issues of this case, which today has a preliminary hearing in the District of Columbia court.

Bruno Rodriguez, for example, asked questions of elementary logic: What responsibility does the Doral Jesus Worship Center have? How can someone with mental disorders have a license to carry weapons and travel thousands of miles with an assault rifle undetected? What are the gunman’s ties to Florida’s anti-Cuban machinery? What weight does hate speech have on the plot? What was Lleonart’s wife, a pastor who flaunts her meetings with Trump and Pompeo, doing prowling around disguised by the Cuban Embassy a few hours before the attack?

The Cuban Foreign Minister called on the White House and the State Department to explain what they know about the links between the embassy attacker and those who are driving the violence against the island. He demanded an answer as to what moves them not to denounce the fact, although he advanced a hypothesis: “A government that defends as legitimate the right to punish the entire population of a country, as the US government does with the economic blockade, is in practice an inciter to hatred against Cuba”.

In this attack, the only Cuban who was shot was José Martí, the metal statue that dominates the small garden of the Embassy. But a massacre could have occurred that morning on April 30 in the large house on 16th Street in Adams-Morgan. Ten officials were inside the building when bullets pierced the entrance door. If someone had died, perhaps we would be at the same point with Washington reacting to the aggression in its own backyard by including Cuba in “the list of countries that do not collaborate with the fight against terrorism” (sic), as happened yesterday. Meanwhile, the Island continues to demand more coherence and less cynicism from the White House, because impunity and crime go together, they are generated, cultivated and encouraged; they are dissimulated, reproduced, imitated, and applauded.

In analyzing Goya’s series of paintings entitled “The Disasters of War,” French historian Paul Lefort noted that “whenever there is a qualitative leap in the use of violence, there is someone willing to overcome it.”