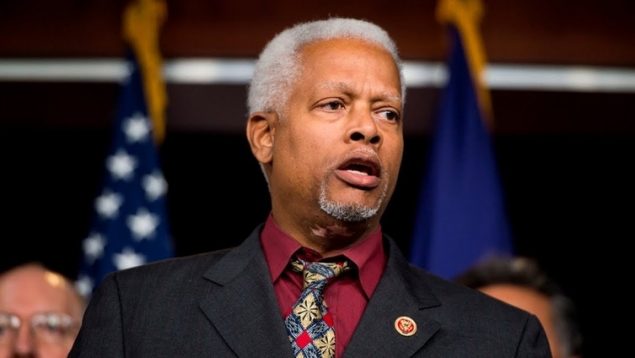 Hank Johnson, a senior member of the House Judiciary Committee and Chair of the Subcommittee on Courts, Intellectual Property, and the Internet, is asking the US Department of Justice to explain its involvement in the Lava Jato investigation and the political imprisonment of former President Lula.

Bulletin 548 – People’s Committee in Defense of Lula and Democracy

1. This Wednesday, August 22nd, the former President of the FAO  (UN Food and Agriculture Organization) José Graziano, and the geologist and former director of drilling and production for Petrobras, Guilherme Estrella, visited ex-President Luiz Inácio Lula da Silva. Graziano was one of the founders of the Zero Hunger program. Estrella is known as the “father of the pre-salt [offshore petroleum reserves]”. After visiting Lula, they held a press conference outside of the exit of the Curitiba Federal Police Headquarters. Read more here: https://lula.com.br/combate-a-fome-e-petroleo-lula-recebe-ex-presidente-da-fao-e-geologo-que-descobriu-o-pre-sal/

2. US Democratic Congressman Hank Johnson, a senior member of the House Judiciary Committee and Chair of the Subcommittee on Courts, Intellectual Property, and the Internet, is asking the US Department of Justice to explain its involvement in the Lava Jato investigation and the political imprisonment of former President Lula. The request was made due to proof that the former President was the target of a political maneuver conducted by former Judge Sérgio Moro to remove him from the 2018 presidential race, in which Lula was the clear favorite in all of the polls. Read more here:  https://bit.ly/2TWf3wq

3. The right wing Jair Bolsonaro government (PSL) which is target of international criticism for devastation in the Amazon rainforest, sent a document to all of its foreign diplomatic missions to defend Brazil’s environmental policies using data from the Lula and Dilma Rousseff governments, which reduced illegal logging by 82% according to a study cited by the BBC. The document omits that this July, in the Bolsonaro era, deforestation increased 278% over that of July, 2018. Read more here:  https://pt.org.br/bolsonaro-usa-dados-positivos-do-pt-para-mentir-sobre-a-atual-situacao-da-amazonia/

4. The fallacies reported by Rede Globo (which compared the Lula administration’s environmental record with that of the current President in a new journalistic embarrassment for the network) backfired and lead to the rebirth of many news stories, studies, reports and videos favorable to the Lula administration. A video of a speech by Lula posted on his social media pages demonstrates the enormous distance between his discourse on the environment and what the uninformed and authoritarian Jair Bolsonaro is saying. Watch it here: https://bit.ly/2KZGSQm

5. On this Wednesday, August 21st, the “good morning President Lula,” shout was joined in by the PT Bloc in the Paraná State Legislature, represented by Arilson Chiorato, Luciana Rafagnin, Tadeu Veneri and Professor Lemos. The Members of State Congress visit the resistance center religiously, every week, to show their solidarity with the former President.

6. In order to strengthen the relationship with the activists more and more, Lula’s support team has decided to create a WhatsApp number so that everyone can receive news related to the ex-President in real time. All you have to do to access the service is add the number +55 11 96333-9419 and send a message. You can choose the option of receiving news on your phone or signing a petition demanding the immediate release of Lula and the reversal of the judicial farce which let him to political imprisonment. If you are reading this on your smartphone, click on the following link to get on the Lula Livre WhatsApp list: http://bit.ly/zap-lula

Read in conjunction with: Lula was not tried, was the victim of political persecution