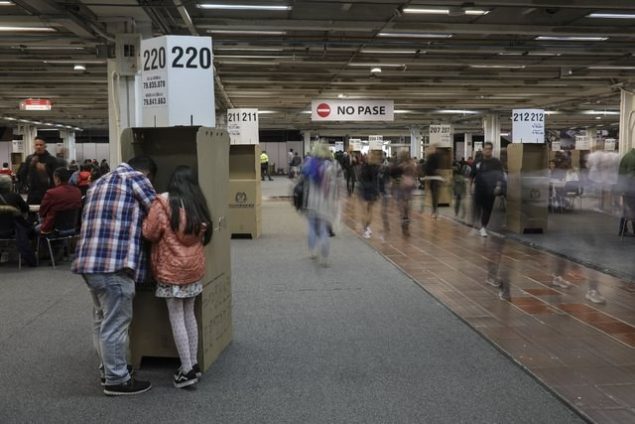 Local elections held last Sunday in Colombia marked a milestone in the country’s two major cities, Bogota and Medellin. Claudia Lopez, candidate for the Green Alliance, became the first woman ever elected Mayor of the South American capital. A woman who last decade revealed the connivance among politicians, drug trafficking and paramilitarism, she is a public figure with a leading role in fighting corruption in recent years. She defeated Carlos Fernandez Galan, son of a presidential candidate murdered in 1989, and is a former senator of popular origins, a lesbian, and firm advocate of the peace process with the extinct FARC guerrilla. She is set to hold the post with the second most political relevance in a country that is both conservative and mostly Catholic.

In her first speech as Mayor-elect, Lopez promised to “unite Bogota”.

“We are going to govern for everyone, not only for those who trusted in us,” she noted, including in her speech issues such as education, transportation, change and equality. “Bogota voted to defeat chauvinism and homophobia. Beyond any doubt, change and equality are unstoppable,” she stressed.

Meanwhile, independent candidate Daniel Quintero was elected mayor of Medellin, the second most important city in Colombia. This was a real surprise in local elections in which citizens renewed their representatives in over 1,100 mayor’s offices and 32 provinces, the first time they do so in peace.

Quintero’s victory goes beyond that single mayor’s office, as it represents a stunning defeat for the Democratic Center in the stronghold of former president Alvaro Uribe. The governing party, through which Ivan Duque was elected President a year and a half ago, was not able to win the Antioquia province either, a stronghold for Uribe’s supporters.

“We lost. I humbly admit my defeat. The struggle for democracy is endless,” said Uribe upon results being released.

The party created by the former guerrilla, known now as the Common Alternative Revolutionary Force (FARC), appeared to have an almost no social approval. At the same time, former guerrilla member Guillermo Enrique Torres, aka Julian Conrado or the FARC singer, won the mayor’s office in Turbaco municipality, Bolivar province, close to Cartagena de Indias. He won backed by Humane Colombia, the political party of senator and former presidential candidate Gustavo Petro, but not the FARC.

These were the first local elections held since the 2016 peace agreements signed between the State and the country’s largest guerrilla group. But this did not mean that the campaign was free of violence, since it has become a selective phenomenon against alternative candidates and representatives of traditional parties, as well as against social leaders. According to Ariel Avila, subdirector of the Foundation Peace and Reconciliation, there were “230 victims who underwent threats, homicides, and kidnapping” during this election cycle.

In general, preliminary results of these elections confirmed the fatigue of national leaderships and groups favoring platforms, coalitions and local political families.

A paradigmatic case was the city of Barranquilla. There, Jaime Alberto Pumarejo, member of the Radical Change Party and former housing minister for ex-president Juan Manuel Santos, defeated his opponent by almost 50 percentage points. He was backed by outgoing mayor Alejandro Charcuya, whose popularity in the coastal Caribbean city may be used in a way similar to the new mayor’s impact in Bogota. In Cali, meanwhile, the mayor’s office was won by Green Alliance candidate Jorge Ivan Ospina Gomez, backed by liberals and socialists.

The struggle between national and local power will surely mark the first step towards the 2022 presidential race. Duque, who won the presidency backed by Uribe and an increased polarization with his opponent Gustavo Petro, said in several opportunities that he is not planning to run for re-election. Doing so would entail modifying the constitutional framework after Colombia’s Congress eliminated the immediate presidential reelection back in 2015.

But the most important issue for Colombia’s politics in the coming months is the blow received by Duque and the Democratic Center party.

“This election is a heavy blow for Uribe’s movement. There is no doubt about it,” said Sergio Guzman, director of Colombia Risk Analysis consulting firm.

“I guess the protagonist here has to be President Duque and the way he builds relationships with his partners in the regions from here on out – this will define his legacy.” According to Guzman, Santos’ successor “has to choose between his party and his Government.” “I think this is a key moment and has to be a moment of decisions for the President. I think Duque is going to keep his Cabinet for now because there is a lot of pressure on him.”

The President in turn praised the elections with an institutional message, celebrating the event and calling for collaboration: “This is the Government for all Colombians. You will find allies for sure in me and the entire National Government to materialize all responsible initiatives for the Nation.”
The Government has been pressed by the opposition and the radical sector of the Uribe movement. Regardless of Uribe’s almost daily presence in the regions throughout the campaign, Colombians voted for their local candidates. Uribe does not have a clear successor but his Democratic Center Party is expected to fight to remain in power, even if it means putting more pressure on President Duque.