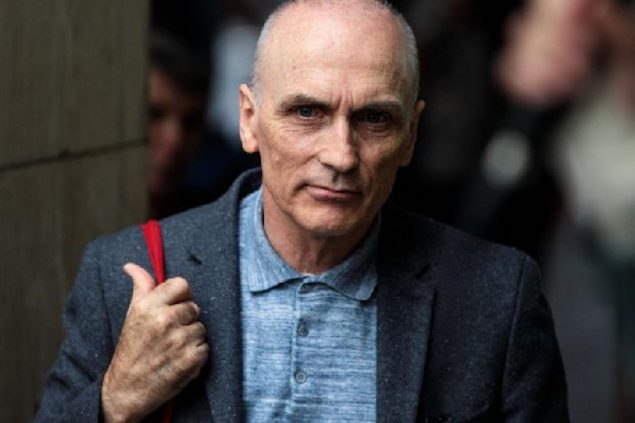 Early in 2019, Chris Williamson spoke with Slava Zilber about the Integrity Initiative project, a UK government-funded ‘counter-disinformation’ project with links to the intelligence community. He sees what is happening to the British Labour Party as reminiscent of the 1950s CIA program, Operation Mockingbird, which is said to have attempted to manipulate the media for propaganda purposes.

The Integrity Initiative is a UK government-funded ‘counter-disinformation’ project with links to the intelligence community. And it has published comments and retweets against Labour leader Jeremy Corbyn and his associates. Corbyn ally Chris Williamson, meanwhile, has been a leading parliamentary voice trying to hold the secretive initiative to account. And as the MP continues his fight against media bullying and his suspension from the Labour Party, it’s important to remember that.

On 14 February, I spoke to Williamson about the Integrity Initiative. He had recently visited the project’s apparent operating sites in Scotland and in London, addressed the issue in parliament, called for a public inquiry, and written a letter to the Spanish prime minister. He has continued to call for a public inquiry ever since.

Here’s what he had to say:

Chris Williamson MP: I’m pessimistic about the prospects of getting a public inquiry while… the Conservatives remain in government. However, as we approach a general election and a Labour government under Jeremy Corbyn…, I am hopeful, optimistic indeed, that you know such an inquiry would ensue. And I think it’s really important that we have that inquiry because what we know is that this organisation, which is a registered charity in Scotland, is an organisation that is not acting within the terms laid down by the charity regulator in Scotland and it’s not even acting within the… terms of its own articles of association…

And it’s had public money as well. That’s the interesting thing… They’ve had several hundred thousand pounds from the Ministry of Defence… This is… the organisation called the Institute [for] Statecraft. That was the body which I believe received the funding from the Ministry of Defence in this country. And then it also received from the Foreign & Commonwealth Office over the last 18 months around £2.2m for this Integrity Initiative, which was the project that was established by the Institute for Statecraft.

And what we also know is that this body, which was allegedly established to counter Russian disinformation, has been smearing Jeremy Corbyn, has been smearing the Labour Party, has been smearing… key officials within the Labour Party – which, in my book, is completely beyond the pale and is undermining British democracy. [Note: the Foreign Office has denied that “state funds went to Twitter account criticising Labour”]… one of the reasons why I am calling for a public inquiry is indeed they’ve have public money for these activities. And that, as I say, that offends all forms of democratic engagement, that public money is used to smear the Leader of the Opposition, the main opposition political party. And that’s why I think people will continue to make questions there and to continue to highlight and expose the activities of this organisation.

A return to the Cold War?

CW: I’m reminded, to be honest with you, of the so-called Project Mockingbird [see Operation Mockingbird] that was established in the early 1950s in the United States of America. This was at the height of the Cold War. And that continued its activities for… 25 years or so. It was only exposed following the Watergate Scandal and there was a Congress, a Senate, inquiry into Watergate and… ancillary activities that were reported in the Church Report [Church Committee Reports], later known by the name of its chairman. [Note: The section on the media is in Book I: Foreign and Military Intelligence under X. The Domestic Impact of Foreign Clandestine Operations: The CIA and Academic Institutions, the Media, and Religious Institutions, B. Covert Relationships with the United States Media, pp191-201.]

That was reported in the mid- to late-1970s which exposed the activities that were going on under the auspices of the so-called Project Mockingbird. That included having a number of well-respected journalists on the CIA’s payroll to place, essentially, propaganda in the mainstream media and to write, effectively, smears… to try to undermine progressive voices in the United States who were… opposed to the administration of the day. And they also funded activities which included observing the student movement, infiltrating the student movements, the anti-war movement and also the civil rights movement. Now what we are seeing with the Institute for Statecraft is that this is almost a carbon copy of the sorts of activities that the CIA were engaged in under Operation Mockingbird…