Chris Hedges on fascism and neo-liberalism in the United States 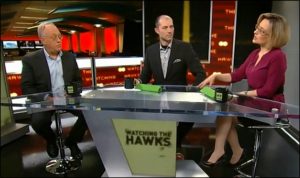 ‘Watching The Hawks’ hosts Tabetha Wallace and Tyrel Ventura give their perspectives on the inauguration of Donald Trump as the 45th President of the United States. They discuss what the election of Trump means for neoliberalism with journalist Chris Hedges.

Sean Stone discusses with veteran activist Wesley Clark Jr. the importance of protesting and his experiences at the Dakota Access Pipeline protests in North Dakota.