China just overtook the US in global leadership approval 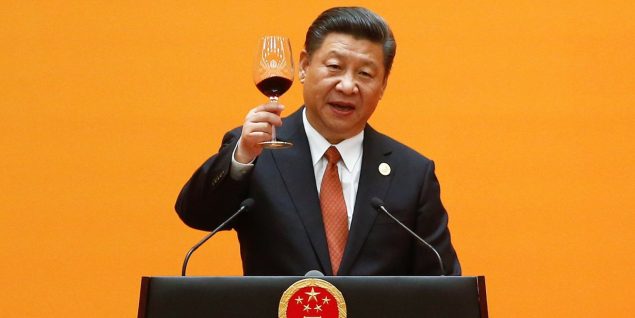 Global approval of China’s leadership is gaining ground, while that of the US is waning.

That’s according to a report this month from Gallup, which said that the median approval of China’s leadership across 134 countries was 34%, rising from 31% in the past two years.

Meanwhile, the US’s standing is at 31%: “Approval of US leadership plummeted around the globe during President Donald Trump’s first year in office and has yet to recover,” Gallup said. “China’s advantage over the US in terms of leadership approval has widened.”

Just look at this chart:

Such low ratings for the US could have implications for ‘soft power’ and billions in US trade, the report’s authors said.

“To complement its rise as a great economic power, the Chinese government has sought in recent years to expand its global influence in other spheres,” the report said. Gallup cited China’s “massive investment in its military and large-scale economic projects” with “a diplomatic angle that emphasizes national sovereignty and rejects foreign meddling in the name of human rights or democracy.”

Russia posted a 30% approval rating, which Gallup says is “the first time this country has been on equal footing with the US.”

“Trump’s foreign policy of ‘America First’ in its second year may have opened the door for China and Russia to flex their global influence,” the report said.

“It is currently unclear if this firmer footing will continue to give China’s leadership a leg up over US leadership,” Gallup said.