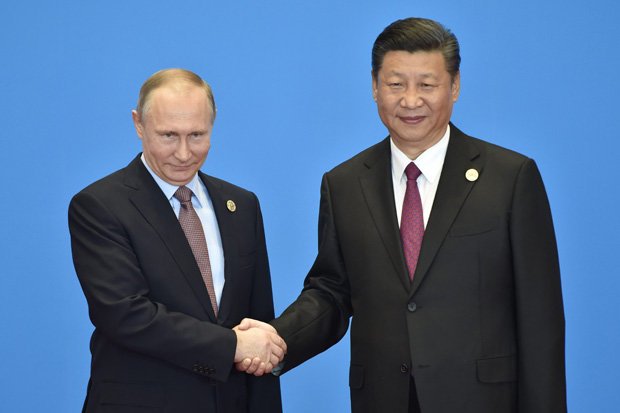 By Joshua Nevett, 27 Mar 2018. China has taken sides with Russia over the nerve attack on Sergei and Yulya Skripal, calling on Britain and the west to “abandon confrontation” in the wake of mass diplomat expulsions.

First published in the Daily Star

The explosive diplomatic row over the attempted assassination of Sergei Skripal and his daughter Yulia should be settled based on “real facts”, China’s Foreign Ministry has said. Appearing to back Vladimir Putin, a spokesperson for Chinese president Xi Jinping has warned western nations to cease its hostile behaviour towards the Kremlin. A united front of more than 20 western nations stunned Putin on Monday by expelling more than 100 Russian diplomats accused of being spies.

The unprecedented expulsion of Russian intelligence agents came in response to the poisoning of Skripal and Yulia, who remain in a critical condition. Theresa May convinced US President Donald Trump, EU leaders and NATO that Russia is “highly likely” to be responsible for the Novichok attack in Salisbury.

But today China has waded into the row in an apparent show of support with Putin, whose recent landslide election win has guaranteed him power until at least 2024.

“We have been keeping a close eye on the situation,” Hua Chunying, a spokeswoman for China’s Foreign Ministry said on Tuesday.

“We believe that the Skripal case should be resolved through talks based of real facts.”

Attempting to deescalate the situation, Chunying called on Britain and Russia “abide by international law and refrain from any paradoxical actions”.

But in what appeared to be a veiled attack on Britain, Chunying added: “There is a need to abandon confrontation and Cold War-era thinking.”

China’s reaction is likely to please Putin and the Kremlin, who have repeatedly dismissed claims Russia was behind the attack as “nonsense” and “drivel”.

Putin and Chinese leader Jinping, who both take antagonistic stances against the US, are scheduled to meet later this year.

Lavrov has accused the US, who booted out 60 Russian diplomats, of blackmailing other countries into taking action.

“When one or two diplomats are asked to leave this or that country, with apologies being whispered into our ears, we know for certain that this is a result of colossal pressure and colossal blackmail, which is Washington’s chief instrument in the international scene,” Lavrov said.

Russia has already ordered 23 British diplomats to leave in response to the expulsion of a similar number of undeclared Russian intelligence officers from the UK.

The Russian foreign ministry said: “This provocative gesture of notorious solidarity with London, made by countries that preferred to follow in London’s footsteps without bothering to look into other circumstances of the incident, merely continues the policy of escalating the confrontation.”

The co-ordinated move came after EU leaders last week backed Mrs May’s assertion that there was “no plausible alternative explanation” for the attack.

European Council president Donald Tusk said “additional measures” – including further expulsions – could not be excluded “in the coming days and weeks”.

Foreign Secretary Boris Johnson said countries of the world “have come together in numbers far greater than Putin could possibly have imagined and they are saying enough is enough”.