China and Venezuela; An Emerging Axis of Resistance? 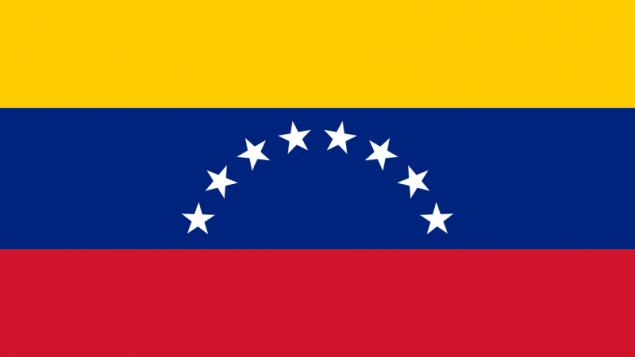 It has been a couple weeks since the introduction of fundamental changes in the Venezuelan economy. It is pretty clear that things are improving steadily but surely in Venezuela when one compares the economic situation of a year ago, or even 2 months ago, to the situation today. Videos are circulating through out social media, but especially on twitter, of an unfamiliar site to many; stocked supermarket and pharmacy shelves in Caracas and other cities of Venezuela. This no doubt comes to quite a shock to many people who only listen to the hegemonic media.

“I think that a Venezuela that is steadily developing is in everyone’s interests. China is confident that the Venezuelan people and government will be able to handle its domestic affairs with the legal framework.”.

This is in stark contrast to the aggressive and hostile reactions from the United States and its allies through out Latin America and Europe, as well as the sanctions levied against Venezuela by these same countries. In addition to these words of encouragement from the ministry the Venezuelan Finance Minister, Simon Zerpa, announced that China has agreed to extend a 5 billion dollar line of credit to the Venezuelan state. This is only a few days after the announcement of billions of dollars in interest free loans to nations of Africa also given by China.

To understand the importance of this 5 billion dollar loan, one must understand the complicated relationship Venezuela has had as of late with international creditors and finance. Economist Pasqualina Curcio notes in her book “The Visible Hand of the Market” that international credit ratings agencies and financial institutions are also engaging in a credit blockade, another aspect of the economic war being waged against Venezuela. She notes that despite Venezuela never missing a payment on its debt obligations or making a late payment, the credit rating of the country remains abysmal. This amounts to an effective blockade on the international level of credit, which is somewhat unprecedented albeit not for countries that refuse to accept US influence or orthodox neoliberal economics.

So, this 5 billion dollar loan represents a much needed boost of vitality to the Venezuelan economy. While the domestic economic reforms have so far improved the situation, it would be ignorant to believe that Venezuela can achieve prosperity for all without interaction on the global scale. We live in a globalized world, and only so much can be done without access to international markets, currency, and trade. Countries that refuse to accept financial, economic, and political subordination to the US and its proxy financial colonies long ago accepted this fact (with the exception of the ever so unique case of the DPRK). Chile under Allende endured economic warfare and coup forces, Iran suffered a US backed coup largely due to the nationalization of oil, Russia was ravaged by neoliberal orthodoxy in the 90’s, etc. The US secretary of the treasury, Steven Mnuchin has said before that US sanctions and other actions against Venezuela aimed to “asphyxiate” the Venezuelan economy. But actions by other members of the axis of resistance are aimed at breathing new life and energy into emerging economies, with the aim of centering humans and progress in the decision making process along the way. This axis is taking aim at neoliberalism, as Russian Foreign Minister Lavrov said on September 12th, “Times have changed, and now we are coming back to our own identity, our history, our tradition, and our values, which differ from neoliberal values.”

A Tale of Two Countries: Venezuela and Argentina

Since 2015 Argentina has been ruled by businessman Mauricio Macri of the “Lets Change” electoral coalition. Macri has been known for undoing a lot of his popular predecessors Cristina Fernandez de Kirchner and her husband Nestor’s programs that are credited with bringing Argentina back from total economic collapse brought on by IMF imposed neoliberal capitalist austerity. Argentina had the highest minimum salary on the continent, built schools and hospitals, had record low unemployment and poverty, and had chartered its own course which brought Argentina much closer to China, Russia, Venezuela, and Cuba, while shunning the United States and much of the ‘west’.

It is amazing what Macri has been able to accomplish in just 3 short years. Argentina no longer has the highest minimum salary, the IMF has given Argentina a 50 billion dollar loan, inflation is consistently higher, subsidies for basic necessities have been scrapped, Argentina now has the worlds highest interest rate and thousands of teachers have been laid off. Graffiti across Buenos Aires reads “IMF=Hunger” and “Cristina 2019” as Argentines long for a return of the popular left-wing leader. Just this last week 89 people who had left Venezuela for Argentina because of the economic war returned to Venezuela.

Thousands of people have begun to return to Venezuela from all across Latin America. Here we have a tale of two countries who decided they needed reforms to their economy (correctly in one case, and incorrectly in the other), with Maduro refusing to allow neoliberalism and capitalism to reign once again in Venezuela while Macri was more than willing to surrender his country to IMF vultures. Wage freezes and decreases, layoffs, cuts in subsidies, health, education and culture, all while no sacrifice is asked of those belonging to Macri’s wealthy elite class that did not have power during the years of Kirchner.

Most absurdly, there are currently 21 ministries, but the government cuts will reportedly merge about half of them with other departments. Being eliminated are the ministries of health, science and technology, and social development. It is not hard to pinpoint where the priorities of the neoliberal Macri lay.

Venezuela is bringing prosperity to its people through a socialist revolution that has shown great flexibility in responding to the needs and wants of the people while also charting a new path internationally hand in hand with fellow resisters, Russia, China, and others. Meanwhile the people of Argentina suffer and long for 2019 when they will get a chance to put an end to this madness, all assisted by financial terrorists in the IMF and in the halls of power of the West.