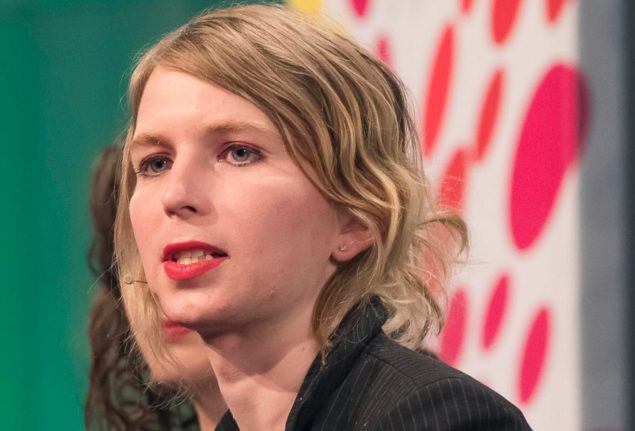 This piece examines the comments made by Judge Anthony Trenga when he ordered Chelsea Manning back to jail for refusing to testify before the grand jury investigating WikiLeaks and Manning’s considered response.

When Judge Anthony Trenga ordered Chelsea Manning back to jail for refusing to testify before the grand jury investigating WikiLeaks, he urged her to “reflect on the principles she says she’s embracing” as well as “whether those views are worth the price she’s paying for them.”

Trenga maintained there was “no dishonor” in cooperating with a grand jury because the United States Constitution codified the grand jury.

Manning took Trenga’s admonishment seriously and responded with a letter containing research she did with the help of her attorneys. It presented her position on the grand jury in a very clear and compelling manner.

In doing so, Manning further demonstrated her resistance is about much more than defying an investigation into a dissident media organization. It is about publicly discrediting the institution and all its corruption once and for all.

Manning, who is in jail at the William G. Truesdale Adult Detention Center in Alexandria, Virginia, was held in civil contempt of court on May 16.

If Manning “persists in her refusal” for the next 16 months, according to her legal team, she will face a total amount of fines that is over $440,000. Both jail and fines may violate her Eighth Amendment rights under the Constitution, especially since these sanctions are supposed to be coercive, not punitive.

In her letter [PDF], Manning contended the modern grand jury barely resemble the grand jury, which the framers enshrined in the Constitution. She acknowledges much of her opposition comes from their use against activists but also makes it clear she believes the institution generally undermines due process for all citizens.

“I am certainly not alone in thinking that the grand jury process, which at one time acted as an independent body of citizens along the lines of a civilian police review board, slowly transitioned into the unbridled arm of the police and prosecution in ways that run contrary to the grand jury’s originally intended purposes,” Manning stated.

In 1996, Mark Kadish wrote for the Florida State University Law Review, “The American grand jury originally began, not as an arm of the executive, but as a defense against monarchy. It established a screen between accusations and convictions and initiated prosecutions of corrupt agents of the government.”

“Outright resistance to the monarchy” became the function of the grand jury as the Revolutionary War neared.

Colonial grand juries stood up to the King by denouncing Great Britain and issuing “stirring defenses of their rights as Englishmen.” Newspapers “often republished these criticisms.”

“The original grand jury was more than an investigator. They were supposed to protect citizens not just from unjust indictments but from unjust laws,” Manning suggested. “In England, grand jurors who even allowed a prosecutor to come into the grand jury room were seen as having violated their oath.”

Additionally, Manning highlighted the reality that “jeopardy doesn’t attach with a grand jury,” which means “prosecutors can repeatedly bring the same charges” against individuals. Having to show new evidence or prove empaneling a grand jury is in the public interest has hardly ever been an obstacle.

…Thomas Jefferson had to convene three separate grand juries in order to indict Aaron Burr for sedition, but he was able to continue to convene those grand juries until he obtained that indictment. Additionally, in the Antebellum South, grand juries routinely indicted anti-slavery activists for sedition, while those in the North sometimes refused — but charges would [be] presented to new grand juries until they stuck. In 1968, a San Francisco Grand Jury was asked by Mayor Alioto to investigate the Black Panther Party. They refused, and the foreman gave a press conference about political overreach. Unfortunately, in 1969, a new grand jury began an investigation…

Manning further highlighted how the grand jury may be employed to coerce defendants into giving up their trial rights and take a plea, “both by threatening to indict for more severe charges than are warranted (which we know can be done easily), or by threatening to call a defendant’s loved ones before a grand jury as witnesses.”

“The very threat of the secret proceeding is in itself terrifying to people. The secrecy of grand jury proceedings fuel paranoia and fear, running contrary to our ideals of open courts and stoking our disdain for secret testimony,” Manning wrote. “I find, when I explain the secrecy of grand juries, people are often truly shocked that they are constitutional, and frequently compare them to the Court of [the] Star Chamber.”

The Court of the Star Chamber was unlike most of the courts in England. From the 1400s to the 1600s, it was largely used to pursue political and religious people who had “sinned” against the crown.

Civil liberties attorney Michael Deutsch detailed the improper use of the grand jury for the Journal of Criminal Law and Criminology in 1984. Following World War II, “urbanization of the United States, the proliferation of crime, and the expansion of federal criminal jurisdiction” transformed grand juries into rubber stamps of approval for prosecutorial requests for indictments. The subpoena power also became a “valuable tool for wide-ranging governmental investigations.”

“The government is intent on pursuing a policy of subpoenaing before grand juries political activists, who it is well aware will not testify or otherwise cooperate as a matter of political principle,” Deutsch declared. “The only result of such a policy is the imprisonment of activists without specific charge or trial for the exercise of their political right to silence.”

A Tool Of Internment

Manning did not broach the issue of forced immunity in her letter to the judge, but by the 1950s, many subpoenaed progressive activists invoked their Fifth Amendment right to silence. The government moved to end this trend by passing a law that granted transactional immunity to anyone subpoenaed to provide testimony.

“This was the first time that legislation provided for compulsory testimony in return for immunity in an area concerning political thought and activity,” Deutsch recalled. And as a result of anti-communist hysteria during the Cold War, a prime mechanism for using the grand jury for “political inquisition” and a “tool of internment” was put into place.

The Nixon Justice Department’s use of the grand jury was highly politicized. Deutsch mentioned Leslie Bacon, a 19 year-old anti-war activist, was “arrested on a material witness warrant in Washington, D.C. on the eve of May Day demonstrations.” Authorities flew her to Seattle, where she was brought before a grand jury “allegedly investigating the bombing of the nation’s Capitol Building.”

“She was brought before the grand jury thousands of miles from her home without adequate consultation with a lawyer and questioned for several days in great detail about her personal and political life,” according to Deutsch.
Flourishing as a tool of repression, the grand jury was turned on solidarity movements. Manning highlighted how federal agencies had multiple Puerto Rican independence organizers arrested at gunpoint for contempt of court when they refused to provide testimony.

The grand jury indicts everyone but police officers. Referring to an article in The Guardian, Manning wrote, “In Dallas over a stretch of several years, more than 80 police shootings came before grand juries. Only one returned an indictment.”

“Grand juries have protected police officers since the slave patrols. They were used to indict abolitionists but not people capturing and reenslaving people seeking freedom from bondage.”

Like Manning asserted, there are alternatives to the grand jury. The U.S. and Liberia are the only two “common law systems of justice” to still use the process. But countries and jurisdictions, such as Australia, Belgium, Canada, England, France, Ireland, Japan, New Zealand, Sierra Leone, and Scotland replaced the grand jury with a “preliminary” hearing system.

The U.S. military uses a process of preliminary hearings, instead of a grand jury, to help protect military members’ due process rights. Manning endured the process, which involved an Article 32 hearing, where a military judge referred charges to a full court-martial, and yet, she recognizes it was vastly preferable to what she is subjected to currently.

Slavery, the subordination of women, segregation, and disenfranchising citizens, who did not own land, were part of the Constitution once but removed. So, the fact that a process is enshrined in the Constitution does not make it off limits to criticism or protest.

The Constitution, as Manning recognizes, is a living document. It was never intended to constrain progress or preserve autocratic tendencies in governance, which powerful elites rely upon to cement their control over particular populations.

Anti-communist investigations launched by the House Un-American Activities Committee (HUAC) and the Senate Permanent Subcommittee on Investigations headed by Senator Joseph McCarthy are largely regarded as one of many appalling political acts in American history.

“This kind of questioning, however, routinely happens under the grand jury system,” Manning asserted. “Due to the secrecy of grand juries, the public is less aware of it, and less outraged, and therefore, it continues without interruption. However, this is because they are unaware it is happening and cannot feel its effects.”

Whether Judge Trenga cares to acknowledge this or not, Manning proves through her letter that she has a better grasp of the history of the grand jury than the federal judge who put her in jail.

Through her principled resistance, Chelsea Manning is forcing transparency on the grand jury process and educating the public about a tool, which the press too frequently ignores when reporting on government abuses.

Her openness helps the public put a face on grand jury repression. Every day that prosecutors pursue grand jury testimony and persist in punishing Manning is another day the grand jury loses more public support. Their cruelty may very well hasten the end of the grand jury in the United States.

Kevin Gosztola is a journalist. He writes about politics & film and every now and then publishes satire. Managing editor of Shadowproof.com.