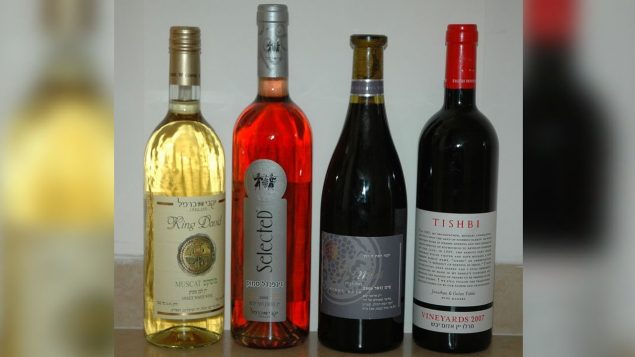 Dimitri Lascaris discusses the decision of a Canadian federal court to ban wine from illegal Israeli colonies to be labelled as “made in Israel.” This issue reaches far beyond Canada, as many states debate these issues around the world

Earlier this week, a Canadian federal court made a groundbreaking decision when it banned the labeling of wine from illegal Israeli colonies in the West Bank and the Syrian Golan as “Made in Israel.” Here at The Real News Network, we have covered how Canada allows Jewish National Fund to be classified as a charity, even though this organization actively helps eliminate Palestinian communities in the West Bank and establishes apartheid communities for Jews only on their land.

The court’s labeling decision is important because a false label means that consumers are misinformed about the true origin of a product and therefore consumers who want to bark out products made in the occupied West Bank colonies boycott all products made with the label “Made in Israel” since they know that many of these labels are false. Since 2015 Europe has had guidelines that call for the proper labeling of products from illegal colonies in the West Bank and the Syrian Golan, but only Ireland and France have taken action to enforce this guideline.

This week’s success of the appeal in Canada might serve as a call for other countries to follow suit. David Kattenburg, a Canadian Jew and child of Holocaust survivors, led the appeal. Representing Kattenburg in the appeal was Dimitri Lascaris, who now joins us from Greece actually. Dimitri is a lawyer, journalist and activist who regularly contributes to The Real News Network and also serves on his board of directors. Thanks for being here today, Dimitri.

GREG WILPERT: So when Palestinian rights groups are calling for the boycott of Israeli goods, and call for labeling goods from illegal colonies, this seems like a rather minor issue, which is more about the right of Canadian consumers rather than the rights of Palestinians whose lands were stolen to grow grapes for Israeli wines. So why is it important to label the wines’ origin properly?

DIMITRI LASCARIS: Well, first of all, it’s just a fact, which no one contested in this proceeding, not even B’nai Brith Canada, which intervened in opposition to the application of my client, David Kattenburg. It’s not even B’nai Brith’s position. It’s not even the state of Israel’s position that the West Bank belongs to Israel. Canadian law requires that wine products have accurate country of origin labels. Israel is not the country in which the wines were produced, so at a very basic level, this was simply about enforcing the black letter of Canadian law.

But the judge’s decision I think also quite properly recognizes that purchasing decisions by consumers, by many Canadian consumers and certainly consumers from around the world, are not simply motivated by factors relating to price and health and safety. Obviously those are important considerations for all consumers, but there are a lot of consumers who make decisions based on matters of conscience.

There are a whole range of reasons why somebody’s purchasing decision could be influenced by a matter of conscience. And what this court said, and this has implications that go way beyond this issue of illegal colonies, is that consumers have a right to information that is relevant to their matters of conscience. If that is something that they take into account in purchasing decisions, they have a right to know it. And astonishingly, I was quite disappointed, not as just as a lawyer, but as a Canadian citizen to hear my own government arguing in this court that matters of conscience are irrelevant for purposes of determining whether country of origin labels comply with Canadian law. Thankfully, the court rejected decisively that very narrow and unreasonable interpretation of Canadian consumer protection legislation.

GREG WILPERT: Now there’s a well-documented practice where Israeli companies maintain a small office or warehouse inside of Israel’s borders so that they can use that address and conceal the location of where goods are manufactured or where their raw materials come from. Also Israeli activists who followed a truck actually, carrying grapes to the Carmel wineries, for example, were attacked by colonists and harassed by the police to prevent them from getting proof that the grapes come from illegal colony of Susya. So how can ultimately the Canadian authorities actually know which wine comes from Israel and which comes from the colonies?

DIMITRI LASCARIS: It is certainly possible for producers of these products to complicate the efforts of foreign governments to ascertain the true origin of these products. But in this particular case, there was no complication. The two wineries in issue, which are in illegal colonies in the West Bank, the Psagot Winery and the Shiloh Winery, they don’t make any bones about the fact that they are situated beyond the Green Line. They don’t say that they’re in occupied Palestinian territory. In fact, they hate using that language, but they don’t claim to be situated within the sovereign boundaries of Israel. There was no dispute in this particular case about where the wines were actually produced.

By the way, under Canadian law, the regulations are very clear. It’s not where the company is headquartered that matters; what matters is where the grapes from the wines in question were grown and fermented. And there was no dispute in this case, none, not even the settlement. The colony producers themselves came forward and made a claim to the contrary that these wines were produced in the West Bank. But it is true that if these producers want to make it very difficult for governments to ascertain that these products were produced in illegal colonies, they have a number of techniques for doing that. Nonetheless, that doesn’t relieve our governments of the burden of making their best efforts to ascertain that these products are accurately labeled.

GREG WILPERT: Now, the Canadian federal court’s decision applies to all Canadians, but the appeal was laid led by David Kattenburg. Tell us more about him. Why was it important to him to file this appeal? And why is it important that he was the one promoting the appeal since he’s a university professor and not a wine distributor?

DIMITRI LASCARIS: Well, he’s a wine consumer. He’s a lover of wines and has been for many years. He’s also a member, as you mentioned, of the Jewish community in Winnipeg. He’s the child of Holocaust survivors. David feels that as a matter of conscience, and he was very clear about this in the affidavit he filed with the court, as someone whose family emerged from the Holocaust, who understands the horrors of racism and oppression and the infliction of human rights abuses on the vulnerable, he felt that he had a particular duty to speak out against products that are being made in settlements that are a flagrant violation of the Fourth Geneva Convention.

Even the Canadian government itself, which opposed David Kattenburg in this case, has acknowledged for decades that Israel does not have permanent control over the West Bank. That it is not part of Israel’s sovereign territory and that the colonies violate the Fourth Geneva Convention. So for him personally, it was a matter of conscience. I think it was significant to the court that a member of the Jewish community came forward and did this. But I think at the end of the day, whoever the complainant may have been, this would have been the right decision. This is clearly what is required by Canadian law, and it is really disappointing that we even had to go to court in order to get the determination that we got today.

The CFIA, the Canadian Food Inspection Agency, originally agreed with David Kattenburg, and then within 24 hours of the CFIA’s decision becoming known to the pro-Israel lobby, the CFIA was pressured by the government of Justin Trudeau, which reports to be a defender of human rights into reversing itself, and David was therefore left with no alternative but to go to the federal court in Canada and ask for relief. And thankfully the federal court applied to clear terms of Canadian law.

GREG WILPERT: Okay, well we’re going to leave it there for now. I was speaking to Dimitri Lascaris, lawyer, journalist and activist, who represented the main plaintiff in this case. Thanks again Dimitri for having joined us today.

DIMITRI LASCARIS: My pleasure, Greg. Thank you for having me.

GREG WILPERT: Thank you for joining The Real News Network.