Canada’s treatment of Meng Wanzhou in violation of human rights 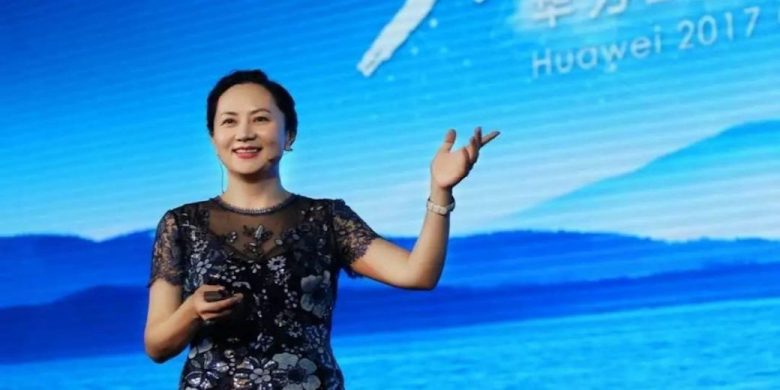 Meng was detained by Canadian police on December 1, even though she had not violated any Canadian law. Rather, the US authorities are accusing her of violating US domestic laws. Nonetheless it is still not known if the US side can provide sufficient evidence to prove their accusations are valid.

Meng Wanzhou, chief financial officer of Huawei Technologies, had her bail hearing Friday in the British Columbia Supreme Court in Vancouver, Canada. The hearing was adjourned with no decision made on bail, and will resume at 1 pm on Monday.

Court reporters said she was not handcuffed for the hearing and was wearing a green sweatsuit. She seems to be getting humane treatment, but these are only illusions on the surface.

A source familiar with the case told Global Times that since Meng was detained by Canadian police on December 1, she has been subjected to rude and degrading treatment. She was immediately handcuffed at the airport and taken to a detention facility. She was also cuffed on her way to and from hospital from the facility. It is worth noting that Meng was wearing ankle braces when she was taken to the correction center after her first bail hearing.

In the absence of a conviction by trial, Meng was put into restraining devices used on felons. Treating her as a prisoner is not only degrading, but is also a violation of her basic human rights.

Global Times has learnt that Meng had surgery in May to remove her thyroid gland. She also has high blood pressure which requires daily medication. It seems that the Canadian detention facility is not offering her the necessary health care.

Canadian police have treated Meng in such an inhumane way by putting her in handcuffs and ankle braces without conviction. The Chinese public, who are very concerned about this matter, find it hard to believe that Meng was treated in such way, especially in Canada. Canada is a country well-known for emphasizing human rights and the rule of law. How can they do such things that are only done in an uncivilized and barbaric country?

There is no doubt that Canada is on the wrong side in this case. To describe with an old Chinese saying, such behaviors are like holding a candle for the devil. Meng did not violate any Canadian law. US authorities are accusing her of violating US domestic laws, but it is still unknown if the US side can provide sufficient evidence to prove their accusations are valid.

The Canadian prosecution accused Meng of being a director in a subsidiary that was decoupled from Huawei, and that the company has sold computer equipment to Iran in violation of US sanctions on Iran. There is huge controversy over the facts as stated by the prosecution. In any case, even if the US found some so-called evidence, the nature of such a case still leaves a lot of room for legal debate.

As of now, most of the cases concerning foreign companies violating US bans on Iran have been dealt with by fines and sanctions. And it is not just one or two companies – many European companies have been involved. The EU still encourages European companies not to withdraw from Iran. Does that mean executives from these companies should all be arrested and put into detention in Canada when they transit through the country, and should they all be handcuffed?

It is time for Canadian authorities to figure out the reasons why Ms Meng is the only wanted member of the board of Skycom, a company based in Hong Kong, accused by the US of violating sanctions.

Canada is an independent sovereign nation. Although its relationship with the US is quite special, it should remain neutral in dealing with Meng’s case, and not simply do whatever the US has told it to do. It is important for Canada to respect the fundamental spirit of justice and law while providing judicial assistance to the US. It should resolutely reject the possible impact of the long-term bias of the US on Huawei and Huawei’s founder Ren Zhengfei in this case.

It does not serve Canada’s national interest if it intends to fawn over the US by treating Ms Meng unjustly. If Meng is refused bail and extradited to the US, Canada will get minimal gratitude from the US, but maximum opposition from China. Chinese people will take the issue seriously, and will ask the Chinese government to impose severe sanctions on Canada. Canadian public interest will definitely be impaired if Sino-Canadian relations are put at a risk of major retrogression.

We hope that Canadian authorities handle the case seriously and properly. We also hope that Ms Meng will be treated humanely and will be bailed out. We would like to see Meng’s case being handled properly, so that she can regain her freedom as soon as possible.

Chinese society has always respected Canada, and it is sincerely hoped that the way how Canadian authorities handle this matter will live up to Chinese people’s expectation and impressions regarding the country.