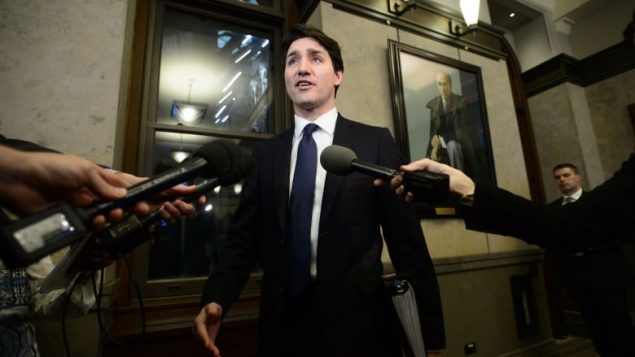 “Canada is not concerned about human rights or democracy, but rather regional interests and economic interests.”

I support the Canadian government taking bold unwavering positions toward governments that abuse human rights, are undemocratic or do not respect the rule of law. I believe that prioritizing Canada’s economic interests over basic human rights anywhere in the world is a betrayal of the principles we claim to believe in and abide by.

Yet as I watch what’s happening in Venezuela, and the position Canada is takingagainst the Venezuelan government and in support of Juan Guaido as acting president, I wonder why Canada continues to deal normally with other governments, which toss political opponents in jail and use lethal force against protestors. 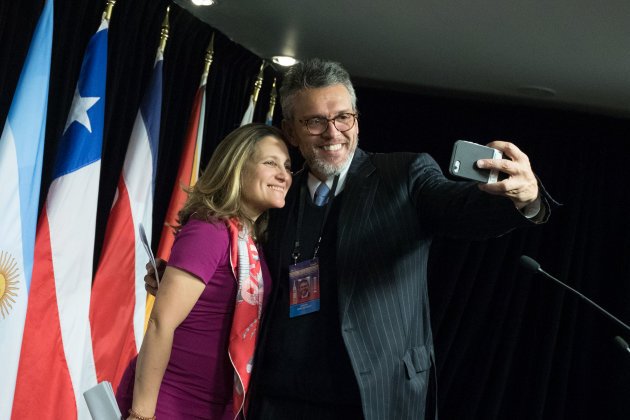 Orlando Viera-Blanco, Venezuela’s intern leader’s representative in Canada, takes a selfie with Canadian Minister of Foreign Affairs Chrystia Freeland after the press conference for the 10th Lima Group meeting in Ottawa, Ontario, on February 4, 2019. – The Lima Group of Latin American countries and Canada called for a peaceful change in government in Venezuela, without military intervention. Eleven of the group’s 14 members said in a joint statement after meeting in Ottawa that they “reiterate their support for a process of peaceful transition through political and diplomatic means without the use of force.” They also urged Venezuela’s military to support opposition leader Juan Guaido as interim president and “not to impede the entry and transit of humanitarian assistance to Venezuelans.” (Photo by Lars Hagberg / AFP) (Photo credit should read LARS HAGBERG/AFP/Getty Images)

As an Egyptian-Canadian who had great hopes in Egypt’s democratic process which started in 2011, I have worked over the years, as chair of the board of the Egyptian Canadian Coalition for Democracy, to get consecutive Canadian governments to take a strong position against the current dictatorship of President Abdel Fattah el-Sisi who has killed, tortured and imprisoned tens of thousands of his own people to no avail.

The current Egyptian government, in addition to its total disregard to human rights and the rule of law, is also failing economically and continues to hurt most Egyptians. It’s a government that buys the West’s silence through the awarding of business contracts and purchasing military equipment it can’t afford and doesn’t need. It’s a government headed by an army general who publicly admitted that if they’d conducted feasibility studies most of the ongoing projects wouldn’t have been executed.

It’s a government that is currently rewriting the country’s constitution to allow the president to stay in power for another 15 years.

With this in mind, it’s clear Canada isn’t concerned about human rights or democracy, but rather regional interests and economic interests.

Canada, in collaboration with other Western countries such as the United States, United Kingdom and France, seem to like the Middle East as it is as long as there are economic benefits. Meanwhile, Venezuela’s socialism, especially when supported by the country’s oil wealth, is a threat to the desire to use Central and South America as a market for their products and a source of cheap labour and raw materials.

If Venezuela was a world major producer of olive oil, rather than oil, I doubt that Canada, and other Western countries, would have taken the same position they are now.

Canada should stand up to human rights violators as a principle, not only when it is in our economic or geopolitical interests. We should not do it through means that harm the population and increase its hardship, such as sanctions.

Canada should not have double standards when it comes to opposing governments, letting certain governments get away with much worse human rights violations than others, and continuing to do business with them, as usual.

Our government should reassess the Venezuelan situation objectively, without being influenced by ideological differences or economic and regional geopolitical interests, and refrain from its current policies that are punishing the Venezuelan people, rather than helping them.

Canada should refrain from conducting any business with Egypt and should work on isolating it diplomatically and politically on the international arena until democracy is restored and human rights are respected.