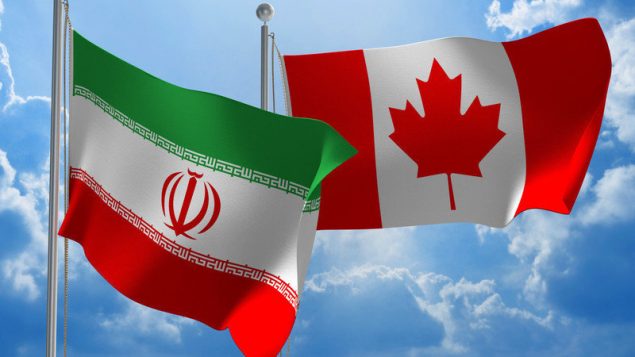 For the first 75 years after Confederation Canada’s foreign policy was largely shaped by the British Empire. For London during this period Persia was mostly a strategic geopolitical ally. Then came oil.

The first company to exploit Iranian oil resources was the Anglo Persian Oil Company. From that time on the Empire’s policy towards Iran was dominated by geopolitics (the new Soviet Union bordered Persia) and hydrocarbons.

In 1953 the US and Britain overthrew Iran’s first popularly elected prime minister, Mohammad Mossadegh and Ottawa played a small part in this destruction of Iranian democracy.

Mossadegh wanted Iran to benefit from its huge oil reserves. Following the British lead, Canada’s external minister criticized the Iranians move to nationalize its oil. In May 1951 external minister Lester Pearson told the House of Commons the “problem can be settled” only if the Iranians keep in mind the “legitimate interests of other people who have ministered to the well-being of Iran in administering the oil industry of that country which they have been instrumental in developing.” Later that year Pearson complained about the Iranians’ “emotional” response to the English. He added: “In their anxiety to gain full control of their affairs by the elimination of foreign influence, they are exposing themselves to the menace of communist penetration and absorption — absorption into the Soviet sphere.”

In response to the nationalization, the British organized an embargo of Iranian oil, which Ottawa followed. The embargo weakened Mossadegh’s government, enabling the CIA’s subsequent drive to topple the nationalist prime minister.

Thirteen months before the coup Canada’s ambassador in Washington cabled Ottawa: “The situation in Iran could hardly look worse than it does at present. Mossadegh has been returned to power with increased influence and prestige and will almost certainly prove even more unreasonable and intractable than in the past, so that a settlement of the oil dispute will be harder than ever to arrange.”

Pearson did not protest the overthrow of Iran’s first elected prime minister. Privately, External Affairs celebrated. Four months after the coup, Canada’s ambassador in Washington cabled Ottawa about “encouraging reports from their [US] embassy in Tehran on the growing strength of the present [coup] government.”

Establishing diplomatic relations with Iran in 1955, Canada followed the lead of the UK and US in doing business with the brutal dictatorship of Mohammad-Reza Shah Pahlavi, which ruled for 26 years.

During the 1970s the Canadian government’s Defence Programs Bureau had a representative in Tehran and Canada sold about $60 million ($250 million today) worth of arms to Iran during the decade. This was during a time when Amnesty International reported “no country in the world has a worse record in human rights than Iran.” The Shah’s brutal SAVAK intelligence forces killed tens of thousands, which prompted little condemnation from Ottawa. In fact, in the early 1970s, $250,000 ($1 million today) worth of Canadian aid went to the University of Montréal’s International Center for Comparative Criminology (ICCC) whose advisors in Iran (as well as the Ivory Coast and Brazil), according to ICCC director Dennis Szabo, “trained police forces in the use of the most modern methods to suppress protest demonstrations and the causes of criminality.”

Canada did significant business with the Shah’s Iran. In 1978 Canadian exports to Iran reached nearly $600 million ($2.4 billion today). An October 1978 Globe and Mail article headlined “Canadians in Iran” described a massive Export Development Canada (EDC)-financed forestry project along with numerous other Canadian ventures in that country: “Acres International Ltd. of Toronto has been hired for $100-million worth of engineering on an irrigation-power project. Ircan of Montréal has won a $37-million contract to supply mobile training centres and 800 hours of videotaped vocational teaching. Two Canadian drilling companies help Iran explore for oil. A four firm consortium is bidding for a $1.2-billion thermal power plant. Keith Sjogren, the Bank of Commerce’s man in Tehran, actually lends money to the Shah’s government companies.”

By the time the Shah was overthrown in late 1979, there were 850 Canadians in Iran (along with thousands of Americans), most working for foreign owned oilrigs, power projects, etc. At the time of the revolution EDC had more than $100 million ($400 million today) in outstanding export insurance and Canadian banks held billions of dollars worth of loans to Iran’s Shah, which were put into doubt (the loans were eventually honoured). Not Long after the Shah’s departure, Canada closed its embassy in Tehran, which wouldn’t reopen for eight years.

Clearly, during the period from 1950-1985, Canadian policy towards Iran was motivated by the interests of British then American empire and profit-making opportunities for Canadian business. Equally as evident, Ottawa exhibited little concern for Iranian human rights or democracy.

As we shall see in part two, Canadian policy in recent years has sought to undermine Iran.