Brexit ‘Finish Line’ is just beginning of the end 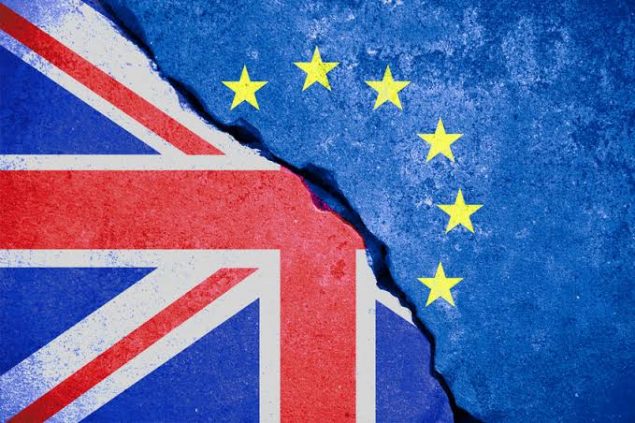 Published a few days before Britain finally quit the continental bloc – after more than four decades of membership – Finian Cunningham considers the the Brexit “finish line,” and concludes that it is not what it might at first seem.

The British parliament voted through the EU divorce bill last week, with the head of state Queen Elizabeth giving her symbolic assent. And so this week, on January 31, Britain is officially out of the continental bloc – after more than four decades of membership.

Boris Johnson, the British prime minister, was in self-congratulatory mode when he extolled the passing of the deal, saying: “At times it felt like we would never cross the Brexit finish line, but we’ve done it.”

It was Johnson’s “get Brexit done” promise that was key to his Conservative party winning the national election last month when it gained a landslide majority.

However, the Brexit “finish line” is not as straightforward as it might seem. Britain will have officially departed from the EU at 11pm on January 31 and it will no longer have representation in the European parliament or in the bloc’s executive in the Brussels-based European Commission. But there is a long way to go before “Britannia rules the waves”, if it ever does.

As an amusing aside, Johnson’s impetuous idea earlier this month to get the famous Big Ben tower bell at Westminster working to ring in the changes has flopped. Parliamentarians ruled that it was too expensive to temporarily retrieve the iconic bell from the repair shop – where it is undergoing maintenance work – for a “one-off” chorus of bongs to mark the historic moment of Brexit. The debacle over Big Ben’s no-show could be allegorical for the wider Brexit process.

Senior EU officials in charge of the Brexit negotiations are warning that the Brexit finish line is really just the starting line. That’s because after January 31, Britain enters a transition phase during which it has to negotiate the final terms of its future trading relations with the EU.

Boris Johnson withdrawal plan signed off by the British parliament has set a deadline for completing the transition phase by the end of December 2020. That is, by the end of this year, London is aiming to have a comprehensive free trade done and dusted with the EU.

By contrast, Brussels has admonished that it is an unrealistic timescale to complete a trade deal in only 11 months. It has suggested a 21-month transition period at least. Given that it took Canada years to negotiate a trade pact with the EU, it does seem reasonable to be skeptical about Johnson’s ambitious deadline for the end of this year.

Stefaan de Rynck, senior aide to Michel Barnier, the EU’s hard-nosed negotiator on Brexit, said last week that a “no-deal Brexit” was a “distinct possibility” on January 1, 2021, if the transition period this year does not produce a comprehensive trade agreement. For such an agreement to be achieved, Britain will have to align with myriad EU regulations.

The EU has also laid the gauntlet down to Johnson, demanding that his government must implement customs checks on goods traded between Northern Ireland and the rest of Britain. That arrangement was made in order to avoid setting up a hard border in Ireland, between the Republic of Ireland in the south (a member of the EU) and the north (British jurisdiction). Johnson has repeatedly claimed that there will be no checks on goods from Northern Ireland at British ports even though he committed to implement those checks to get his withdrawal deal accepted by the EU.

In spite of Johnson’s braggadocio about no checks on trade, the EU issued a threat that it will not tolerate “any backsliding or half measures” on the question of customs controls between Britain and Northern Ireland. It is compelled to do this in order to protect the integrity of the EU single market.

All this means that Johnson will likely miss his self-imposed deadline for getting Brexit done by the end of this year. For Johnson to miss a deadline will be of no surprise to former newspaper colleagues when he worked as a journalist before entering politics. The ever-disorganized Boris was notorious for habitually missing his work deadlines, filing his copy painfully late much to the fury of his editors.

In turn, the botched Brexit deadline will have several consequences none of which are pleasant for the prime minster.

If he can’t negotiate a trade deal with the EU by the end of this year, then Johnson might have to seek from Brussels an extension of the transition period. Assuming Brussels grants yet another extension, that will infuriate those British voters who backed Johnson on his vow to “get Brexit done”. In short, his political capital will be toast.

On the other hand if Johnson doesn’t request an extension, and there is no trade arrangement in place, then the EU is saying it will execute a no-deal hard Brexit. That will mean Britain defaulting to World Trade Organization rules in relation to the EU. Given that half of Britain’s trade is with the European bloc, such an abrupt exclusion will result in severe economic repercussions for the British economy. Tariffs and customs controls will be imposed immediately on all British goods and services destined for Europe and vice versa. Amid public gnashing of teeth, the knives will be out for blundering Boris.

Johnson’s complacency and bluster does not inspire confidence that Brexit will get done in a timely and smooth fashion. Recall that the Brexit referendum took place nearly four years ago in June 2016. Britain officially announced its separation from the EU in March 2017 when it triggered Article 50. It was supposed to have quit the bloc in March 2019. The last year was scarred by parliamentary wrangling and teeth-pulling. The year ahead is shaping up for more chaos and uncertainty.

Furthermore, a no-deal scenario will add more fuel to Scotland’s demands for a referendum on independence. Scottish voters are strongly in favor of continued EU membership. Johnson has flatly rejected their renewed calls for holding an independence referendum. But if the Scots see him demolishing all relations with the EU through a hard Brexit, then they will push even harder to collapse the United Kingdom.

Thus, in more ways than one, the Brexit “finish line” is just the beginning of the end.