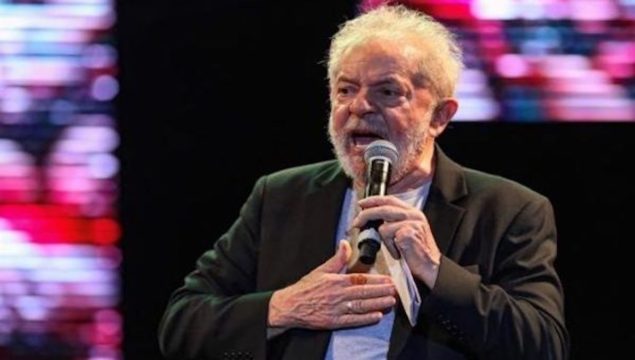 “I knew this decision would come. I just hope I’m alive to see them unmasked. I will keep on fighting,” Lula tweeted after hearing the court’s decision.

The TRF-4 judges also denied the defense’s request that the virtual trial be suspended and postponed for a face-to-face session when COVID-19 no longer poses a threat.

“Keeping the sentence is unjust and arbitrary,” Lula’s defense lawyers, who did not have access to the virtual trial, denounced.​​​​​​​

“The fact that we were not allowed to be at the trial is a violation of the constitutional right to a broad defense,” attorney Cristiano Zanin Martins stressed.

A picture is worth a thousand words.

Bolsonaro is only President of Brazil following a US soft coup against Lula da Silva and the Workers Party (PT).

Bolsonaro has spent the past year in office dancing to Trump's tune and privatising Brazil's assets for benefit of US capital. https://t.co/vxif2qqJpc

For Judge Joao Pedro Gebran Neto, however, the defense’s new appeal “shows disagreement with what has already been decided.”

Gebran, who was the instructor for the Car Wash Operation cases in court, asked to “maintain the sentence of the former Brazilian president for passive corruption and money laundering.”

“I knew this decision would come. I just hope I’m alive to see them unmasked. I will keep on fighting,” Lula tweeted after hearing the court’s decision.