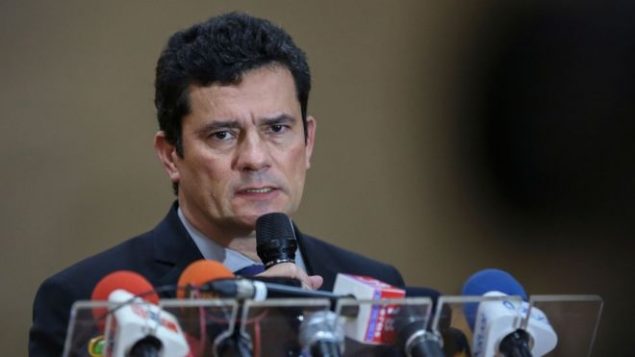 Sergio Moro has criticised The Intercept for not revealing the source of the leak Photo: AFP

Following the major political earthquake that erupted in Brazil last week with the publication by The Intercept of a series of exposés relating to Operation Car Wash, which resulted in the imprisonment of Luiz Inacio Lula da Silva, who was favorite to win last year’s election, Sergio Moro, who is now the country’s Justice Minister made a statement, in the midst of widespread calls for him to resign.

The Intercept news site published what it says are messages sent by Mr Moro while he was presiding over Brazil’s biggest corruption investigation.

The “Car Wash” inquiry led to dozens of businessmen and politicians being imprisoned, including Lula.

Mr Moro has accused The Intercept of obtaining the messages illegally.

Lula, the 73-year-old who led Brazil from 2003 to 2010, has denied all of the corruption charges against him and says they are politically motivated.

What was in the leak?

The Intercept published excerpts of the messages on Sunday, saying they had been sent on the encrypted messaging app Telegram during the five-year inquiry.

They were leaked by an anonymous source, the site added.

In the messages, Mr Moro – then a judge – appeared to make suggestions to prosecutors about the pace, focus and order of the anti-corruption investigations. 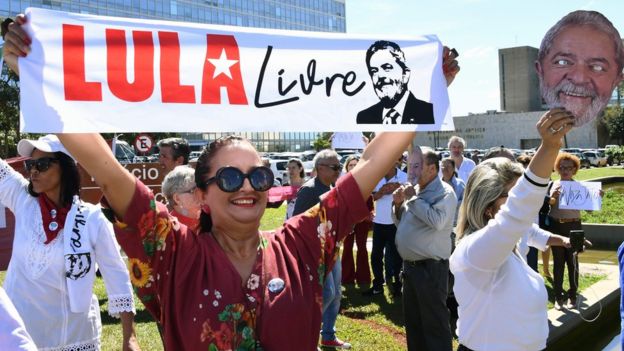 Lula supporters protesting in front of the justice ministry on Monday Photo: AFP

“With these actions, Moro grossly overstepped the ethical lines that define the role of a judge,” the report said. “In Brazil, as in the United States, judges are required to be impartial and neutral, and are barred from secretly collaborating with one side in a case.”

The site also said this was just the beginning of the story – that the excerpts were a small part of a “large trove” of leaked messages between Mr Moro and anti-corruption prosecutors.

What has Sergio Moro said?

In a statement released on Monday, Mr Moro criticised The Intercept for not naming their source, “the person responsible for the criminal invasion of the prosecutors’ cell phones”.

He also denied improper conduct, saying there was “no sign of any abnormality or directing of actions as a magistrate”, and said the messages had been “taken out of context”.

Breach of Ethics: Leaked Chats Between Brazilian Judge and Prosecutor Who Imprisoned Lula Reveal Prohibited Collaboration and Doubts Over Evidence