Boris Johnson may not be a fascist, but he’s certainly started talking like one 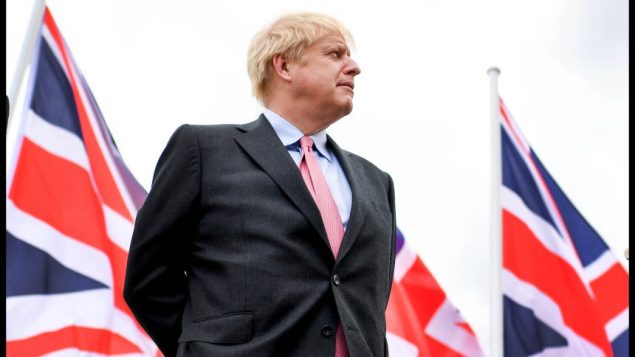 Britsh prime minister Boris Johnson is refusing to stop using terms like ‘surrender’ and ‘traitor’. But according to Lea Ypi his embrace of military metaphor isn’t normal – it belongs to the politics of the far right

“Tempers on both sides have become inflamed,” Boris Johnson declared on Sunday while refusing to apologise for dismissing MPs’ concerns about far-right violence”. Only a few days before, his advisor Dominic Cummings used the same logic to answer a question about whether he believed MPs were liable for the abuse received. “People on all sides have said things that veered between unwise and very unpleasant, and sometimes criminal,” he said.

These comments bear more than a passing resemblance to Donald Trump’s remarks after a young woman was killed at the 2017 white supremacist rally in Charlottesville. As he put it to reporters, he saw “blame on both sides”. But Johnson went even further than Trump: He didn’t just fail to condemn far-right violence; he effectively provided a philosophical justification for it.

That justification took the form of explaining, indeed defending, the appeal of military metaphors when discussing parliamentary politics. Johnson suggested he felt “very strongly” about that, about clarifying to the public why war metaphors were appropriate. If you cannot use martial metaphors in politics, he argued, “then you are impoverishing the language and diminishing parliamentary public debate”.

War metaphors and the appeal to responsibility on all sides go hand-in-hand. In international relations, the theory of war is premised on recognising the symmetry between belligerent parties whilst registering the responsibilities of all sides. War is what nations resort to when they have run out of ways to negotiate, when diplomatic tools fail, and when deliberation breaks down.

In those circumstances, all parties agree that violence is an acceptable way to solve conflicts, armies line up against each other, and whoever wins decides the terms of the ensuing peace. War, as Carl von Clausewitz famously argued, is the continuation of politics by other means.

But at the national level, the relation between politics and war has always been very different. At the international level, might makes right only because of the absence of a sovereign authority able to establish and enforce common laws. At the national level, this is clearly not the case. National institutions exist to put an end to divisive conflicts between different parts of the political community. Within the state, war is not the continuation of politics; it is the collapse of it.

The celebration of violence, and the argument that all politics is essentially akin to war, are some of the most important tropes of far-right discourse. In the analysis of the Übermensch in the work of Friedrich Nietzsche – one of the far right’s philosophical inspirations – martial heroism is both a means to liberate humans from traditional authority and an expressive end in itself.

The Nazi jurist Carl Schmitt famously argued that all politics is reducible to a distinction between friend and enemy. He rejected liberal parliamentarism, mocked the separation of powers, and argued that in circumstances of crisis only the decisive intervention of a sovereign dictator can articulate the true will of the people.

For a prime minister who is failing to get his way in parliament, who has been found guilty of breaking the laws by the Supreme Court, and who has lied to the Queen, the far-right celebration of violence and the theory of sovereign dictatorship may be just what he needs to blur the boundary between ordinary politics and crisis politics.

War metaphors and the rhetoric of blaming all sides may come in handy to conceal the cost of Johnson’s deeds. But by endorsing martial metaphors in domestic politics, he aligns himself with a tradition of thinking in which those with whom we disagree are not just adversaries to engage with, but enemy targets to be destroyed.