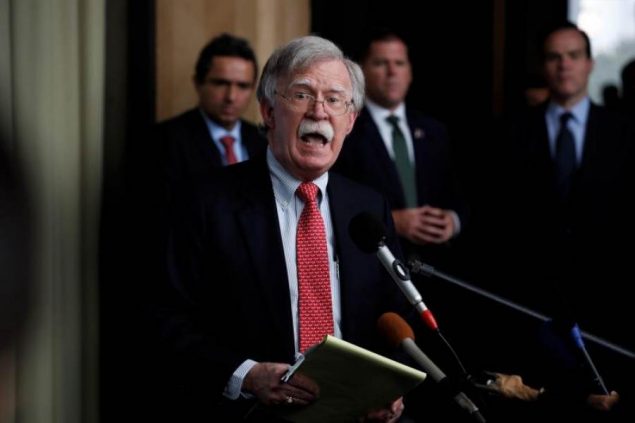 Baptized as the “International Conference for Democracy in Venezuela,” the Lima Group meeting will be held on August 6 in the Peruvian capital.

Over the last month,  the Peruvian Foreign Minister, Nestor Popolizio, has been actively trying to convince authorities of over 100 countries to attend this conference, which is supposedly aimed at finding “a solution to the political crisis” in the Bolivarian country.

For their part, in the last year, Bolton and Abrams have been leading different U.S. strategies, most of which have failed thus far, to put Venezuelan opposition politician Juan Guaido in the presidency of the South American country.

“The irrationality and excessive obsession of Donald Trump and his clique regarding Venezuela generated rejection again this Thursday, when the White House tenant admitted that he was considering a ‘blockade or quarantine’ to that nation.”

In response to the new wave of U.S. threats, President Maduro rejected on Friday Trump’s statement about a full blockade and stressed that the Venezuelan maritime territory will remain “free and independent.”

“All Venezuela, in a civic-military union, repudiates and rejects Donald Trump’s statements about a supposed quarantine or blockade,” Maduro said and explained that such unilateral action “is clearly illegal.”

From Russia, Senator Vladimir Dzhabarov said that Trump’s threat “is a very dangerous issue” which could generate a wider international crisis.

“Long ago, the U.S. sought to block Cuba, which almost ended with a nuclear crisis in 1962,” Dzahabarov said and recalled the “Missile Crisis,” an event which was triggered by the U.S. attempt to control all access routes to the Caribbean island.