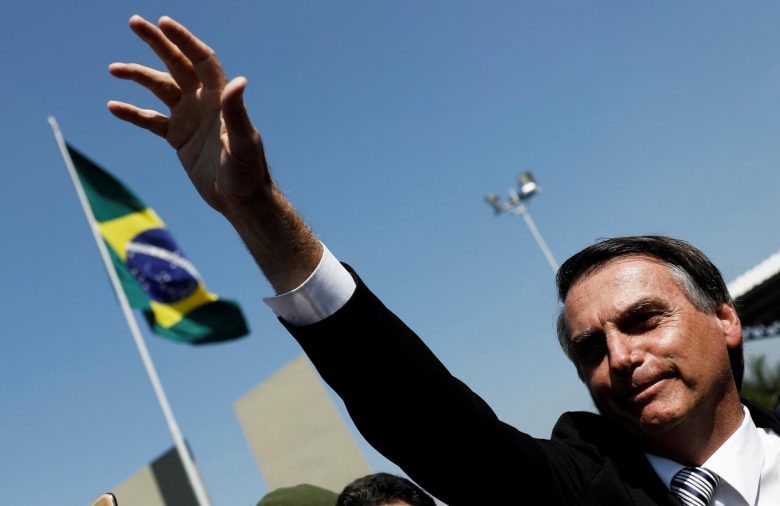 According to this piece, signed by Noam Chomsky and 14 others, women and LGBT activists, human rights defenders, environmentalists and indigenous peoples in Brazil are all at risk from the far-right Bolsonaro.

By Noam Chomsky and 14 others

Brazil is going through the worst crisis in its history since the civil-military coup and the establishment of the dictatorship in 1964. On 7 October, in the first round of the presidential election, far-right candidate Jair Bolsonaro obtained an impressive 46.03% of the votes cast, or one-third of the registered voters. This result triggered a first wave of hate violence: more than 70 attacks were recorded against LGBT people, against women, against any opponents of extreme rightwing candidates or against journalists.

On the evening of the first round, capoeira master Moa do Katendê, an antiracist activist and educator, was stabbed to death by a Bolsonaro supporter. Katendê had declared that he had voted for leftwing candidate Fernando Haddad. In the south of the country, a 22-year-old woman was attacked on the street. We fear that this is only a foretaste of a deadlier wave of violence.

This hatred and violence is clearly being stirred up by Bolsonaro and his party’s elected representatives. By repeating their misogynous, racist, homophobic and transphobic speeches and provocations, by displaying their firearms, by glorifying the military dictatorship, by spreading false information, they implicitly call for the brutalisation, even murder, of all those who do not resemble them: women and LGBT activists, human rights defenders and indigenous peoples, progressive activists or journalists.

If Bolsonaro is elected head of the Brazilian state, this hatred risks becoming institutionalised and this physical violence unleashed. Brazil is already, unfortunately, one of the most violent countries in the world: 61,619 homicides were committed in 2017 according to the Brazilian Public Security Forum, representing nearly 170 people killed every day, including a young black man every 23 minutes. Human and environmental rights defenders were already particularly threatened and increasingly targeted.

Furthermore, Brazilian democratic institutions have also been dangerously weakened by the political-financial scandals affecting all political parties and the controversial dismissal of President Dilma Rousseff in 2016. We fear that these institutions will not be able to enforce the democratic rule of law in the event of Bolsonaro’s victory.

As the second round approaches on 28 October, the far-right candidate enjoys the support of the most conservative and reactionary sectors of Brazilian society: the pro-weapons lobby, representatives of large landowners, many industrialists, powerful evangelical churches, part of the army and police forces. They will bear their responsibility for what awaits Brazil.

The international community, and in particular France and the European Union, must take action and support Brazilian democrats, regardless of the outcome of the presidential election. This is particularly so because Bolsonaro’s ideas represent a deadly threat to freedom, fundamental rights, achieving any Earth balance to climate change and Brazil’s young democracy.

This piece was drafted by the Paris-based Association Autres Brésils, and signed in support by: