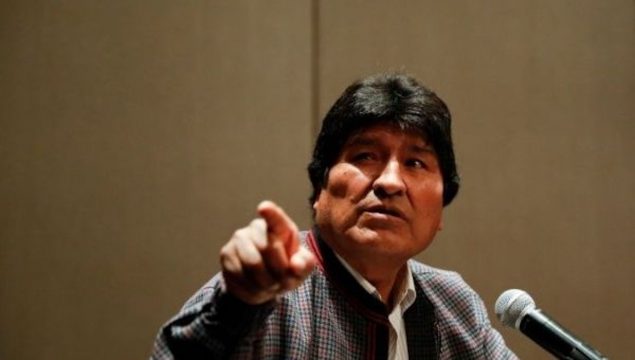 Bolivian leader Evo Morales offered a press conference in Mexico where he challenged the political persecution pushed by the interim government.

Bolivia’s exiled President Evo Morales rejected Wednesday the blue notice Interpol issued against him in the framework of the political persecution unleashed in his country after the Nov.10  coup d’etat.

Interpol’s alert has been turned on for Uruguay, Venezuela, Colombia, Ecuador, and Mexico. This security alert is intended to “locate, identify or obtain information about a person of interest in a criminal investigation.”

The Indigenous leader, in a press conference from Mexico, denounced that the new administration has not prosecuted those responsible for the 30 deaths registered in the context of the protests. However, he said, they persecute and accuse of multiple crimes the militants and followers of the Movement Towards Socialism (MAS), Morales’ party.

The former head of state, on the other hand, is accused of terrorism, criminal association, armed uprising and other small towns related to popular demonstrations that rejected the anti-democratic affront in the country.

The coup wasn’t against Evo but to the entire country. They want to dismantle the Plurinational State, a reference of unity for the peoples of the world. Fascism does not accept the diversity of cultures and thought. But together we will know how to get up.

He recalled that when he presented his resignation, he aimed to avoid violence in Bolivia and move forward with a democratic agenda. The Bolivian leader said that social movements are treated as criminals under capitalism and reiterated that the interim government acts in a racist and discriminatory way.

“The sector I represent, which is an Indigenous movement, has historically been against racism and discrimination,” he added.