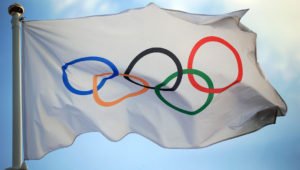 Following a vote on December 5, the International Olympic Committee (IOC) has banned the Russian Federation from competing at the 2018 Winter Games. The decision, arguably the harshest in Olympic history, has been met with anger from Russian athletes across all sports, including mixed martial artists.

Former Bellator champion Alexander Shlemenko was particularly vocal about the IOC’s decision, referring to the “biased” blanket ban as the result of political tension.

“I am very upset with the situation,” Shlemenko told Vomske.ru. “Sports has become over-politicized, this burden growing more and more each year. The principle of the founder of the modern Olympic movement, Pierre de Coubertin, has been broken. [Those principles] were done in order to reconcile the peoples and unite them, and yet at the end of 2017, we see the opposite. It is difficult to say what will happen next.

“I consider the IOC’s decision unreasonable, unfair and, to put it mildly, biased. As a person who survived a similar situation, I support our athletes very much. The main thing is that I believe that there is no obvious 100 per cent proof of any violations.” 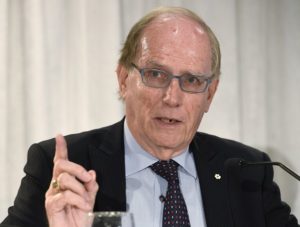 The IOC’s ban comes on the heels of Canadian lawyer Richard McLaren’s groundbreaking reports on state-sponsored doping in Russia, which was conducted with the help of the World Anti-Doping Agency. [See background below on the July 2016 McClaren reports.] The IOC eventually suspended the Russian Olympic Committee and handed Russia’s Deputy Prime Minister Vitaly Mutko a lifetime ban from the Olympics. Mutko was Russia’s sports minister during the 2014 Winter Games held in Sochi and was promoted to Deputy PM following McLaren’s initial reports.

While the IOC’s decision limits Russian athletes from competing under their national flag, it does allow for individual athletes to participate under a neutral banner. The athletes will undergo strict testing conditions to gain entry into the 2018 Winter Games. Shlemenko plans to support those athletes, though added that everyone will still know they are Russian citizens.

“I know that some Russians were allowed to act under a neutral flag. I heard statements that it is wrong. Of course, this is wrong. But for all the injustice of what is happening I believe that people who trained, trained, waited for these Games, are entitled to act under a neutral flag. All the same, we will all understand what is happening, support them and our country.”

Background to the IOC’s ‘McClaren Report’ in August 2016:

*  The Olympics as a tool of the new cold war: The story of the World Anti-Doping Agency’s targetting of Russia’s Olympics athletes, by Andrey Fomin, in Oriental Review, July 21, 2016