The WSWS has spoken with the prominent Australian medical professional and activist Dr Arthur Chesterfield-Evans about his involvement with Doctors4Assange, a group which has powerfully condemned the British government’s denial of adequate medical care to WikiLeaks founder, Julian Assange.

The WSWS spoke to prominent Australian medical professional and activist Dr Arthur Chesterfield-Evans last Friday about his involvement with Doctors4Assange, a group which has powerfully condemned the British government’s denial of adequate medical care to WikiLeaks founder Julian Assange. 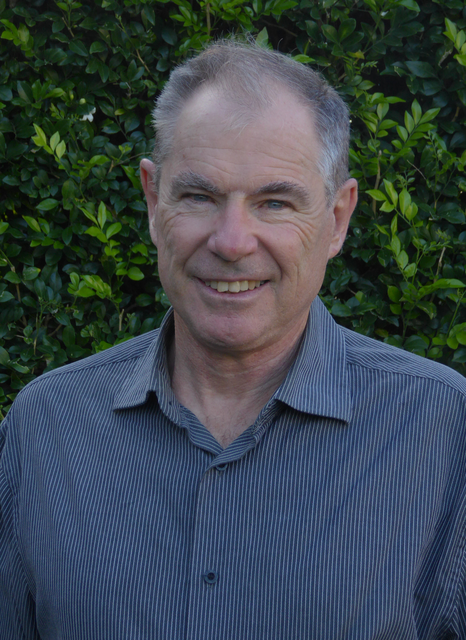 Chesterfield-Evans was one of more than 65 eminent doctors who put their name to an open letter to British Home Secretary Priti Patel last month, warning that, based on publicly available evidence, Assange is at risk of dying in the maximum-security Belmarsh Prison where he has been detained since April.

The doctors called for Assange to be provided with an urgent assessment by medical experts and to be transferred to a university teaching hospital. Their letter went unanswered. In a statement to the press, however, the British authorities blithely dismissed claims that Assange is not being given adequate treatment.

Last week, the doctors issued a second letter, demanding a response to their earlier correspondence and stating that the “UK government’s conduct in this matter is irresponsible, incompatible with medical ethics and unworthy of a democratic society bound by the rule of law. We reiterate our grave concern that Mr Assange could die of deliberate medical negligence in a British prison and demand an urgent response from the UK government.”

Chesterfield-Evans has been a doctor for several decades. He has been involved in public health campaigns, including against tobacco advertising. As president of the Doctors Reform Society of Australia in 1994, he advocated for the expansion of publicly funded healthcare.

The doctor was elected to the New South Wales parliament as a Democrat in 1998, a position that he held for eight years. Chesterfield-Evans has been outspoken in defence of asylum-seekers and in support of Assange for many years. His current professional work centres around assisting insurance claimants in their struggles against the major companies that dominate the sector.

Chesterfield-Evans told the WSWS that in all his years of medical practice, and following health issues globally, he had “never seen governments completely wipe their hands of an individual, lock people up and refuse to give them medical treatment. There’s no reason why the British government could not take Assange to a university teaching hospital, to ensure that he receives good care.”

He noted that the British authorities were treating Assange “worse than a murderer,” despite the fact that he was not being detained for having committed any crime, but only because he faces US extradition proceedings next February. Assange, the doctor noted, “is not physically dangerous, and he is very unwell. Prisoners are taken to hospitals all the time. A normal prisoner receives treatment. It’s outrageous that this is being denied to Assange.”

The consequences were clear, the doctor said. “At his last court hearing in October, it was clear that Assange’s health has been wrecked. He struggled to answer basic questions, and it reportedly appeared that he had difficulties following what was taking place, even though he is one of the most brilliant minds in the world.”

Chesterfield-Evans stated: “It’s a shocking thing that the British government, being a signatory to the United Nations Convention on Torture, has done absolutely nothing about the UN Rapporteur on Torture Nils Melzer’s finding that Assange is being tortured psychologically. Melzer visited Assange in May and issued that warning, but nothing has changed. He is still in that situation.

“The treatment of Assange is a violation of many international treaties and obligations. The British should be the ones pushing the United Nations into taking a strong position on enforcing the prohibition on torture, not dragging behind the UN. We think, in the western world, that we have been world leaders in human rights, and here we have the exact opposite.

“The British are, on this issue, way behind on human rights and they have the United Nations instructing them what they should be doing, and they just ignore it. There are real concerns that he could die in prison.”

Chesterfield-Evans compared the treatment of Assange to the brutal persecution of refugees by successive Australian governments. He noted that refugees who come to Australia by boat are consigned to detention camps in the Pacific, where they serve as “crows on the fence” to “discourage” others from exercising their right to seek asylum.

Assange, he said, was being attacked for having “revealed to the world” the “evil things the Americans were doing in their foreign policy.”

Chesterfield-Evans concluded by explaining: “The British are closing their eyes to his plight and the Australian government is ignoring one of its citizens in jail. The government makes a huge fuss about a person in a Chinese jail, you know ‘the terrible Chinese are not looking after a person they have imprisoned.’ But we, who think we are so superior, are doing exactly the same thing, and nothing is being said about it. You cannot have that sort of hypocrisy.

“The Americans are supposedly the beacon of world democracy, but they have been doing appalling things, which Assange revealed. So now they are twisting the arm of the British and presumably the Australians, to treat this man absolutely appallingly also. These countries have given away their right to call themselves democracies and upholders of human rights, firstly in the way they committed the crimes that Assange revealed, and now in the way that they are treating him.

“The western countries claim that they are based on human rights, but this case is demonstrating that they are not. If it suits their political interests, they will destroy a man, even to the point that he may die. This is an evil thing and a retreat from human rights at all levels.”