Attack on Palestine solidarity turned back in Vancouver 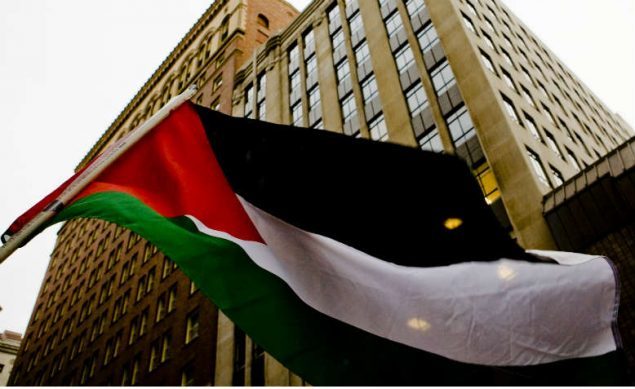 When the left steps up and organises against the attacks on Palestine, it can win, as shown in Vancouver.

When I drafted an article for Counterfire on July 4 that dealt with the adoption of the IHRA definition of antisemitism by the Trudeau government, I fully expected that supporters of Israel would seek to build upon this and press home their advantage. What I didn’t know, however, was how rapidly this would take place and how significant a target would be selected.

On July 23, a motion on “Combatting Antisemitism in Vancouver” was put before the City Council by Councillor Sarah Kirby-Yung. This measure proposed that Council adopt the IHRA definition, with included examples that seriously impede support for the Palestinian struggle and equate anti-Zionism with antisemitism.  It could not have been lost on those supporting this motion that its adoption in Vancouver, Canada’s third largest city, would give a powerful lead in the effort to have municipal and provincial governments from one side of the country to the other, take a similar position.

Once the decision had been taken to press for this measure in Vancouver, supporters of Israel took up a vigorous effort to try and ensure success. The Centre for Israel and Jewish Affairs (CIJA) campaigned for the motion and urged supporters to lobby for it. The Jerusalem Post ran a story, linking the initiative to the adoption of the IHRA definition by the Government of Canada. On the other side, however, those who reject the misuse of antisemitism as a weapon against support for the Palestinian struggle organised a strong and effective challenge to the motion.

Being engaged in a national campaign to oppose the IHRA definition, Independent Jewish Voices (Canada) was very well placed to give a lead in Vancouver. Their analysis of the definition has been of enormous help in alerting people to the threat to Palestine solidarity and freedom of expression that is involved in the drive for its adoption. An ad hoc coalition was brought together that involved IJV, along with ‘Palestinian groups and free speech and social justice advocates.’ British Columbia’s Civil Liberties Association was able to drive home the threat to the right of free expression and the Vancouver and District Labour Council (trades council) put in a support letter calling for mention of the IHRA definition to be removed from the motion.

A campaign was taken up to ensure that the City Council would hear from those who opposed the initiative. Letters and emails went in and speakers were lined up to come before the Council. Five of the ten Councillors had been elected with trade union endorsement so a lobbying effort could be expected to find some level of progressive support. The campaign fully acknowledged the need to challenge antisemitism in Vancouver but argued that the stifling of free expression on Palestine was not the appropriate response. Moreover, it was suggested that antisemitism must be tackled as part of a broader challenge to the growth of racism in society.

When the motion was put before the Council, it was decided to take a different approach. Rather than adopt the IHRA definition, the matter was referred to the Advisory Committee on Racial and Ethnocultural Equity, charging them to ‘come up with policy recommendations to combat all forms of racism including antisemitism.’

Challenging the weaponisation of antisemitism

The result in Vancouver is of enormous importance precisely because had the motion prevailed, a precedent would have been set that would have opened the door for similar initiatives across Canada. As it is, the result in that City provides a clear and realistic alternative that links antisemitism to generalised racism instead of laying it at the door of those who call for justice for Palestine.  That such a result was won by a united community effort, spearheaded by a progressive Jewish organisation, makes the victory even more important.

Obviously, this skirmish in Vancouver takes place in the international context of the weaponisation of antisemitism. The initial purpose of this was, of course, to intimidate those who expressed solidarity with the Palestinians but it has now moved over to a broader project of discrediting and disrupting the left. The damage done within the Corbyn-led Labour Party by the use of this tactic has been considerable. The arch racist, Donald Trump, hurls allegations of antisemitism at Ilhan Omar. The effort to expose the horrors of the US migrant detention centres by, very legitimately, using the term ‘concentration camps,’ is met with selective outrage and allegations that the Jewish victims of the Holocaust are being insulted.

Frankly, there has been far too much retreating and apologising on the left in the face of this damaging and cynical campaign of slander. The community in Vancouver came together and showed that it is possible to take a firm and principled stand that defends the right to express support for Palestinian liberation while challenging all forms of racism, including antisemitism.