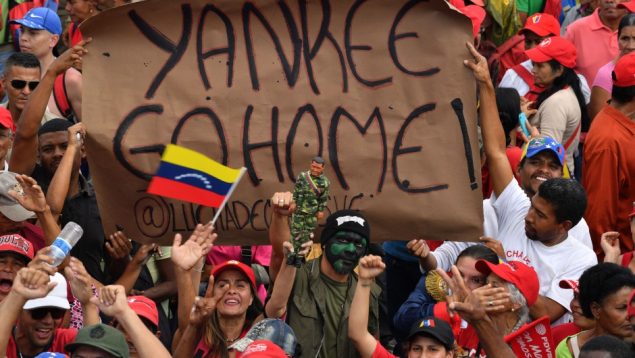 An interview by Justin Podur with Maria Victor and Joe Emersberger in which they discuss the attack on a naval patrol boat (the Naiguata) off the coast of Venezuela and the landing and subsequent positioning of US troops at the Venezuela-Colombia border.

Click here to listen to The Anti-Empire Project Episode 42: US troops on the Venezuelan border

We recorded quickly to react to the attack on a naval patrol boat (the Naiguata) off the coast of Venezuela and the positioning of US troops at the Venezuela-Colombia border.

Are they planning a Bay of Pigs style operation?

Whatever they're doing is an obvious threat of war against Venezuela. This is criminal rogue regime aggressionhttps://t.co/VEBL63p3C8