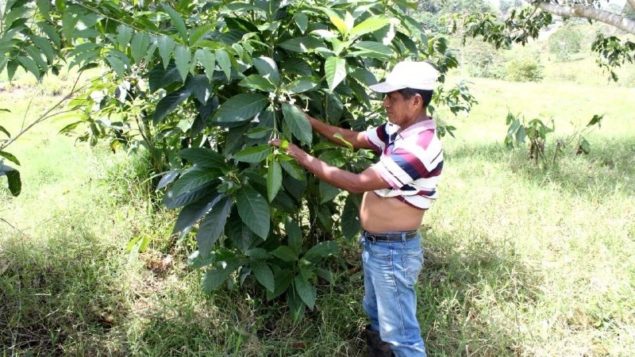 Domingo Choc Che was a Mayan doctor and an expert in natural medicine. Photo: Prensa Comunitaria

Domingo Choc, an herbalist and spiritual guide of the Maya Q’eqchi’ Indigenous community, was burned alive by a group of people, who accused him of practicing witchcraft.

In the early hours of June 6, Indigenous leader Domingo Choc Che was burned alive by a group of neighbors, in the Chimay community, in the municipality of San Luis, in the El Petén department of Guatemala. The people who perpetrated this horrendous crime accused Domingo of being a “witch”.

His murder has prompted indignation across the country. The Indigenous population has fiercely rejected the persecution of those who practice Mayan spiritualism. Conservative Christian religious groups, evoking a nefarious practice of colonial rule, encourage and carry out this persecution in labeling Indigenous spirituality as “witchcraft.” Several national and international Indigenous and human rights organizations have strongly condemned Domingo Choc’s assassination and have demanded justice for him.

Who was Domingo Choc Che?

Domingo Choc was a well-known spiritual guide of the Maya Q’eqchi’ Indigenous community and an active member of the Association of Councils of Spiritual Guides Releb’aal Saq’e’ (ACGERS) for more than 10 years. He was a herbalist, a Mayan doctor and an expert on natural medicine.

He had a great knowledge of medicinal plants. At his home, he maintained a Mayan altar, where he would treat his patients. He also used to record the medical history and treatment of all his patients.

With the ACGERS, he was working to create a nursery of ancestral medicinal plants and to recover the plants that are in danger of extinction, due to the burning of forests and jungles in different parts of the country.

He was widely recognized for his contribution in the field of science and medicine and was a part of an international scientific research project on ancient Mayan medicines. He was working with the University of Zürich in Switzerland and the University College London in England to document traditional Mayan knowledge of medicinal plants and herbal remedies.

At around 2 am, disobeying the curfew imposed due to the COVID-19 pandemic, a group of 10 men and women came looking for Domingo at a relative’s house, where he had decided to stay for a night. The abductors seized from the house, tortured him for hours and at the break of dawn brutally assassinated him. They did not allow anyone to intervene and turned them away by threatening them.

Despite being known and respected for the services Domingo provided in the community, the perpetrators accused him of practicing witchcraft and having spiritually sickened a member of the community who had died days ago in a hospital. They alleged that they saw him carrying out a ceremony on a grave, which was a lie.

The people who assassinated him came from fundamentalist sects of the Catholic and Evangelical religions. Rolando Quib, a spiritual guide from the same community, said that “there were different religious groups that used to bother him a lot” and explained that “his work with natural medicine, his knowledge of plants and the use of candles, led them to form a misconception about him that he was a sorcerer.”

Dr. Mónica Berger, a medical anthropologist from the University of the Valley of Guatemala with whom Domingo was working on the international research project, said that Domingo’s murder speaks of stigmatizing biases that mistakenly see herbalists as witches. She considered his death as a great loss of Mayan ancestral knowledge.

According to the data collected by the Guatemalan Press, at least 20 Indigenous people have been killed in the country, in the past couple of years, for being considered as “witches”.

Domingo’s family and the ACGERS requested that the authorities investigate this unforgivable crime and punish those responsible.

Domingo’s barbaric murder sparked outrage among the Indigenous population in Guatemala which makes up over 40% of the population. Indigenous organizations have denounced his violent death as the highest expression of the discrimination, racism and colonialism against Indigenous people. They demand that all forms of stigma based on ethnicity and faith be eradicated from the country and the right to freedom of expression and religion of Indigenous people be respected.

The Council of K’iche’ People (CPK), the Indigenous Mayor’s Office and the Maya UK’UX B’E Association, in a joint statement, rejected Domingo’s assassination, extended their solidarity with his family and demanded justice for him as well as respect for the rights of Indigenous people to their traditions and spirituality.

“In present times, the colonial attitudes and behaviors that prevent the Mayan worldview from surviving, continue to be in force, when talking about human rights, there is a risk of being assassinated, criminalized and persecuted by groups of people who, manipulated by religious fundamentalism, far from analyzing and questioning indoctrination, have been submerged and enslaved in ignorance, the result of some religions imposed during the European invasion 500 years ago, to the present day,” read the statement.

“We demand that the State, the churches and the mass media promote respect for different spiritual expressions, and not to feed religious, political or any other fanaticism,” added the statement.

“From COPINH we repudiate the despicable murder of Domingo Choc, assassinated on June 6 in San Luis, Petén, accused of witchcraft when he was a defender of the worldview of the Mayan people. We demand justice for Domingo Choc. Ancestral knowledge is not witchcraft or crime,” said COPINH in a statement.

On June 8, another Indigenous leader, Alberto Cucul, was shot dead at the Lachuá Lake National Park. Alberto was an environmentalist and had been working as a guard at the National Park for 13 years.

The cry demanding justice for the Indigenous leaders intensified. As a result, three days after the crime, on June 9, the officials of the Public Ministry and the National Civil Police detained four people who committed the crime against Domingo. They were Romelia Caal Chub, Mayly Pop Caal, Edin Arnoldo Pop Caal and Ovidio Ramírez Chub, the son of the man who had died in the hospital.