Assange’s ‘Conspiracy’ to Expose War Crimes Has Already Been Punished 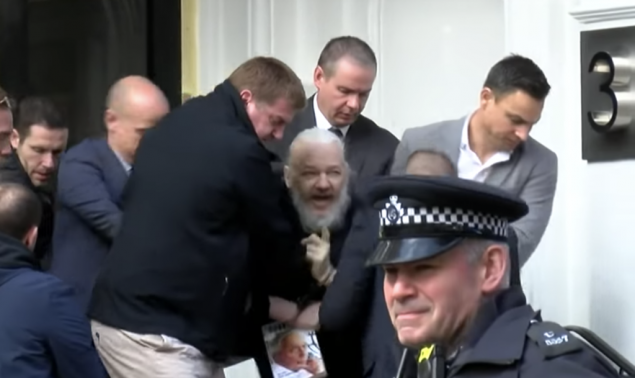 According to the UN Working Group on Arbitrary Detention Assange has already been arbitrarily detained for several years and he could be punished even more brutally if the UK extradites him to the US.

WikiLeaks founder Julian Assange should never have been punished for working with a whistleblower to expose war crimes. Chelsea Manning, the whistleblower, has done more time in prison, under harsher conditions, than William Calley, a key perpetrator of the My Lai massacre. Remarkably, Manning is in jail again, failed by organizations that should unreservedly defend her, as the US tries to coerce her into helping inflict more punishment on Assange.

As for Assange, he has already been arbitrarily detained for several years, according to the UN Working Group on Arbitrary Detention. Its 2016 press release on the matter stated:

The expert panel called on the Swedish and British authorities to end Mr. Assange’s deprivation of liberty, respect his physical integrity and freedom of movement, and afford him the right to compensation.

Now Assange could be punished even more brutally if the UK extradites him to the US, where he is charged with a “conspiracy” to help Manning crack a password that “would have” allowed her to cover her tracks more effectively. In other words, the alleged help with password-cracking didn’t work, and is not what resulted in the information being disclosed. It has also not been shown that it was Assange who offered the help, according to Kevin Gosztola (Shadowproof, 4/11/19). The government’s lack of proof of its charges might explain why Manning is in jail again.

The indictment goes even further, criminalizing the use of an electronic “drop box” and other tactics that investigate journalists routinely use in the computer age to work with a confidential source “for the purpose of publicly disclosing” information.

In other words, the purpose of the conspiracy was to gather evidence of government wrongdoing and report it to the public.

In 2010, the Guardian, like the New York Times and a few other corporate newspapers, briefly partnered with WikiLeaks to publish the contents of thousands of confidential US diplomatic cables, known as Cablegate. That year, WikiLeaks released other confidential US government information as well: the Afghanistan War Logs, the Iraq War Logs, the infamous “Collateral Murder” video.

The material exposed atrocities perpetrated by the US military, as well as other disgraceful acts—like US diplomats strategizing on how to undermine elected governments out of favor with Washington, spying on official US allies and bullying poor countries into paying wildly exorbitant prices for life-saving drugs. 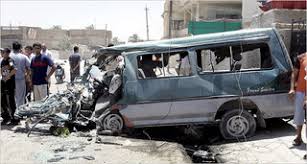 The van from WikiLeaks‘ “Collateral Murder” video, attacked by the US military when it stopped to help victims of a US airstrike, including two Reuters reporters.

One US soldier involved in the “collateral murder” airstrike that Manning and Assange exposed, Ethan McCord, was threatened and reprimanded by a superior officer for requesting psychiatric help after the  atrocity. (“Get the sand out of your vagina,” he was reportedly told.) McCord had tended to wounded children during the massacre. He was soon expelled from the military, apparently now “unsuited” for it.

The point of journalism is to expose horrific crimes like this so that the powerful people who order them pay legal consequences, not the ones who expose them. Presumably that is why “press freedom” is considered important, and why it’s guaranteed by the First Amendment. The law should have protected Manning from punishment, the same way it protects somebody who uses violence in justifiable self-defense or in defense of others.

In Manning’s case, that was especially true, because she exposed grave crimes while stationed in Iraq, as the US perpetrated an even higher-level crime—a war of aggression based on a fraudulent pretext.  If the law should have protected Manning, who was at the very heart of the “conspiracy” to expose gruesome crimes, then it obviously should protect Assange, and any of the outlets that worked with him.

Last year, James Goodale, former general counsel to the New York Times, commented on the (now confirmed) idea that a “conspiracy” charge would be brought against Assange by the US government:

As a matter of fact, a charge against Assange for “conspiring” with a source is the most dangerous charge that I can think of with respect to the First Amendment in almost all my years representing media organizations.

The reason is that one who is gathering/writing/distributing the news, as the law stands now, is free and clear under the First Amendment. If the government is able to say a person who is exempt under the First Amendment then loses that exemption because that person has “conspired” with a source who is subject to the Espionage Act or other law, then the government has succeeded in applying the standard to all news-gathering.

Manning went to all big US newspapers with Collateral Murder video and all refused to publish becoz it exposed the empire they exist to protect.

Only Wikileaks published. Assange is in prison becoz he took journalism too seriously. He exposed MSM as regime propagandists they are

One way to avoid being accused of a conspiracy is to simply not publish information that powerful people don’t want published, as independent journalist Matt Kennard, author of The Racket, noted on Twitter.

Another way to protect against prosecution would be to help the government unofficially designate a class of acceptable “journalists,” and join the government in vilifying anyone outside this club as a “spy,” “hacker”—anything but a journalist. 60 Minutes (1/26/11) suggested he was “not really a journalist at all” because “he is an anti-establishment ideologue with conspiratorial views.” An example of such paranoia? “He believes large government institutions use secrecy to suppress the truth and he distrusts the mainstream media for playing along.”

British journalists, too, have taken to this task with glee for many years. Unsurprisingly, Assange’s arrest prompted vicious comments about his appearance from prominent members of the club.

The Guardian editors dropped any pretense of having journalistic standards when it comes to Assange when it published an outlandish claim that Assange met repeatedly with Paul Manafort in the Ecuadorian embassy in London. Glenn Greenwald has done tremendous work exposing that journalistic outrage. It has become a “scoop” (heavily tweaked and qualified after publication) that the Guardian doesn’t retract, but doesn’t mention either—even in a very recent editorial (4/11/19) about Assange’s case.

In that editorial, the Guardian, disregarding the UN experts who said Assange had been arbitrarily detained for years, still calls for Assange to be “held to account” for “skipping bail” (though not extradited to the US). Journalism like that, at the “liberal” end of the spectrum, explains why Assange and Manning are in jail, while George W. Bush and Tony Blair walk free.