As Israel’s racism grows more Canadian Jews turn against it 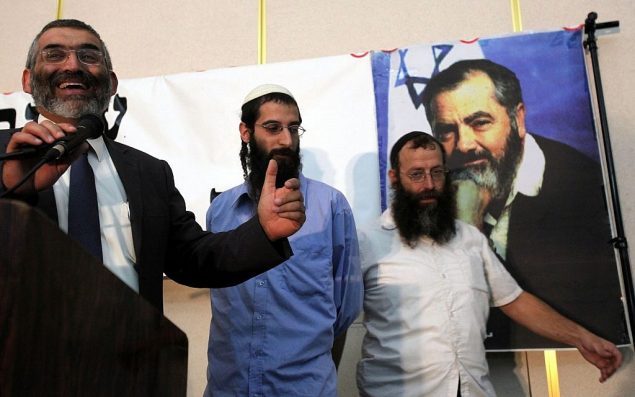 While most Canadian Jews, particularly the powerful and moneyed, seem to support Israeli racism and violence two recent polls suggest that a growing proportion of Jewish Canadians don’t.

The anti-Palestinianism of Canada’s establishment Jewish organizations is extreme. Fortunately, a growing number of Canadian Jews appear to be rejecting their racism and support for Israeli violence.

According to a recent Canadian Jewish News article, the Centre for Israel and Jewish Affairs (CIJA) and United Jewish Appeal Toronto both declined to comment on Prime Minister Benjamin Netanyahu’s alliance with the Jewish Power (Otzma Yehudit) party. For their parts, the American Israel Public Affairs Committee (AIPAC) and American Jewish Committee both criticized Netanyahu’s push to merge Jewish Power and Jewish Home (Bayit Yehudi) to increase the far-right parties’ chance of garnering the minimum 3.25 per cent of the total vote needed to serve in the Knesset. Subsequently, Israel’s Supreme Court banned the leader of Jewish Power, Michael Ben-Ari, from standing in next month’s election.

Jewish Power is not operating in the Ukraine, but rather in an openly Jewish supremacist state. From the law of return to the nation state law, there are over 65 explicitly racist Israeli laws. Netanyahu recently wrote, “Israel is not  a state of all its citizens. According to the basic nationality law we passed, Israel is the nation state of the Jewish people – and only it.”

From what I can find, CIJA and UJA Toronto have failed to criticize or distance themselves from Netanyahu’s statement. In fact, they denounce any mention of Israeli apartheid. One wonders how explicit Israeli racism needs to be before CIJA recognizes/criticizes the obvious?

More generally, how many Palestinians does Israel need to kill before the established Jewish organizations back away from their staunch support? They’ve endorsed Israeli forces weekly killing of peaceful March of Return protesters in Gaza over the past year. Nearly 200 Palestinians have been killed and another 6,000 injured by live fire in these demonstrations. Not a single Israeli has died.

In a particularly disturbing comment on Israel’s supporters, aggression has been good for fundraising. Following the IDF killing of 2,200 Palestinians in Gaza in the summer of 2014, UJA Toronto launched an emergency appeal for Israel, which raised over $5.6 million. Amidst the June 1967 war, leading Canadian capitalist Samuel Bronfman initiated a $25 million campaign for Israel. Similarly, during the October 1973 war Canadians purchased over $100 million in Israel Bonds. After Israel’s summer 2006 destruction of Lebanon another $42 million was raised.

Jewish Power’s ideological allies in Canada — the Jewish Defense League — remain more influential with the established Jewish organizations than the substantially larger and more humanistic/internationalist Independent Jewish Voices. In response to pressure from the JDL, the Jewish Federation of Winnipeg recently canceled its sponsorship of an event by Lex Rofeberg because the 4th year rabbinical student is a member of the anti-occupation (though not anti-zionist) US Jewish group If Not Now. Rofeberg wasn’t even going to speak about Israel. (The subject of his planned talks were “‘Winnipeg Jets or Winnipeg Jews,’ on the intersection of Judaism and sports, and ‘Your Podcast is My Synagogue,’ on the ever-growing world of digital Judaism.”) To explain their bowing to pressure from extremists, Jewish Federation of Winnipeg President Laurel Malkin said, “the values of the speaker are not in-line with ours.”

While most Canadian Jews, particularly the powerful and moneyed, seem to support Israeli racism and violence two recent polls suggest that a growing proportion of Jewish Canadians don’t. An Independent Jewish Voices and United Jewish People’s Order commissioned EKOS poll found that 37 percent of a random sample of 359 Jewish Canadians surveyed have a negative opinion of the Israeli government, 31 percent oppose the military blockade of Gaza and 30 percent think Palestinians’ call for a boycott of Israel is reasonable.

The IJV/UJPO poll is in line with a more extensive Environics Institute Survey conducted in partnership with the University of Toronto, York University and the main Jewish Federations. It found that nearly 3 times more Canadian Jews believe West Bank settlements hurt Israel’s security than the opposite. Additionally, most of the respondents doubted the Israeli government’s sincerity about making peace. Generally, notes the executive summary, “younger Jews are considerably less likely than older Jews to consider caring for Israel an essential aspect of Jewishness.”

It’s long past time to directly challenge CIJA, the Jewish Federations and the politicians who embolden them. It’s time for those who believe in peace and international justice to treat CIJA and the Federations the same way they treat Palestinians, as enemies to be overcome.