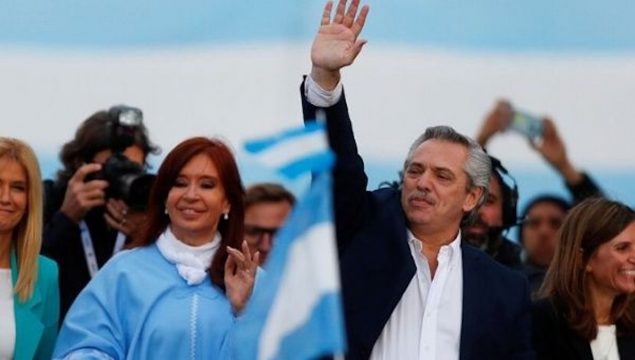 As the candidates needed 45 percent of the vote to avoid a second round, the 47 percent obtained by the Fernandez-Fernandez ticket has been enough to give them the win.

As the candidates needed 45 percent of the vote or 40 percent with a 10-point lead over the runner-up to avoid a second round, the 47 percent obtained by the Fernandez-Fernandez ticket has been enough to give them the win.

“If the result were to stay as it is, that would mean Fernandez would be sworn in as president,” Argentinian Political Analyst Atilio Boron told teleSUR.

The ballot was effectively a referendum between Macri’s austerity and the “social contract” of the left-leaning opposition, who have attracted voters who have been hurt badly by the Macri’s neoliberal model that led to the most severe economic crisis in decades.

Argentina’s choice could have far-reaching implications: it is one the world’s top grain exporters, is stirring the energy world with its huge Vaca Muerta shale field and is on the cusp of restructuring talks with creditors over US$100 billion in debt.

Fernandez, a relative unknown until this year outside Argentine political circles, holds a 20-point lead in most opinion polls after thumping Macri in an August primary.

The economy has taken center stage with the country in the grip of recession for most of the last year, the outlook for growth darkening, annual inflation over 50 percent, job numbers down and poverty up sharply.

The conservative incumbent won backers with plans to reform Argentina’s notoriously closed economy with trade deals and a successful push to lure foreign investment into energy projects and infrastructure.

Voters also chose presidential candidates, along with deputies, senators, governors and local leaders. While, the Front of All candidate for governor of Buenos Aires’ province, one of the most important of the country and key for general elections, also won with over 10 points over Macri’s candidate Maria Eugenia Vidal, as the latter conceded late on Sunday.