Apartheid made official: deal of the century is a ploy and annexation is the new reality 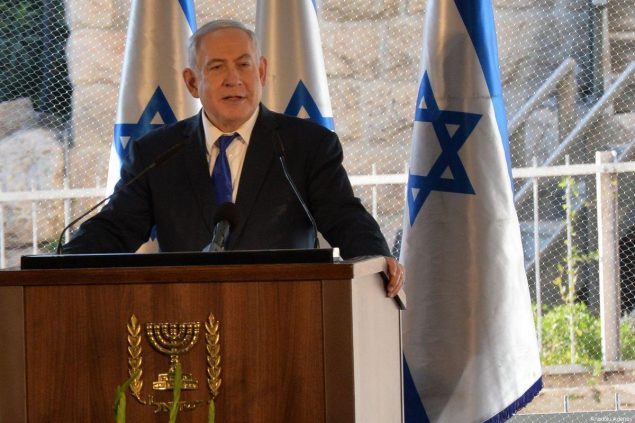 As Israelis go to the polls the country has already colonised nearly 88 per cent of the entire Palestinian Ghoor (or Jordan Valley), dividing it between illegal agricultural settlements and military zones, it was always assumed that the militarily occupied region will be included within the border of a future Palestinian state.

Israeli Prime Minister Benjamin Netanyahu is moving quickly to alter the political reality in Palestine, and facing little or no resistance.

On September 10, Netanyahu declared his intentions to annex swathes of Palestinian land adjacent to the Jordan River, an area that covers 2,400 square kilometres, or nearly a third of the Occupied West Bank. That region, which extends from Bisan in the north to Jericho in the south, is considered to be Palestine’s food basket, as it accounts for an estimated 60 percent of vegetables that are produced in the West Bank.

While Israel has already colonized nearly 88 per cent of the entire Palestinian Ghoor (or Jordan Valley), dividing it between illegal agricultural settlements and military zones, it was always assumed that the militarily occupied region will be included within the border of a future Palestinian state.

Netanyahu’s announcement has been linked to Israel’s general elections of September 17. The Israeli leader is desperate, as he is facing “unprecedented alliances” that are all closing in to unseat him from his political throne. But this cannot be all. Not even power-hungry Netanyahu would alter the political and territorial landscape of Israel and Palestine indefinitely in exchange for a few votes.

Indeed, talks of annexation have been afoot for years and have long preceded the September elections or the previous ones in April.

A sense of euphoria has been felt among Israel’s rightwing officials since the advent of Donald Trump to the White House. The excitement was not directly linked to Trump but to his Middle East team, like-minded pro-Israel US officials whose support for Israel is predicated on more than personal interests, but religious and ideological beliefs as well.

White House senior adviser, Jared Kushner, selected his team very carefully: Jason Greenblatt as special envoy for Middle East peace, David Friedman as United States Ambassador to Israel, and layers of other second-tier officials whose mission was never aimed at resolving conflict or brokering peace, but supervising a process in which Israel finalizes its colonization of Palestine unhindered.

Kushner’s masterstroke is epitomized in the way he presented his objectives as part of a political process, later named “Deal of the Century”. 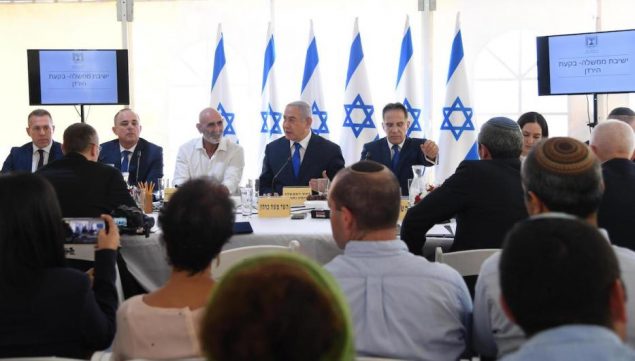 In all fairness, Kushner’s team hardly laboured or even pretended to be, peacemakers, especially as they oversaw the US recognition of Jerusalem as Israel’s capital and of the occupied Golan Heights as Israeli territories. Indeed, none of these officials tried to hide their true motives. Just examine statements made by the just-resigned Greenblatt where he refused to name illegal Jewish settlements as such, but as “neighbourhoods and cities”; and Friedman’s outright supportfor the annexation of parts of the Occupied West Bank, and much more.

The US political discourse seemed in complete alignment with that of Israel’s right-wing parties. When right-wing extremist politicians, the likes of Naftali Bennett and Ayelet Shaked, began floating the idea of annexing most or all of the Occupied West Bank, they no longer sounded like marginal and opportunistic voices vying for attention. They were at the centre of Israeli politics, knowing full well that Washington no longer had a problem with Israel’s unilateral action.

It could be argued, then, that Netanyahu was merely catching up, as the centre of gravity within his right-wing coalition was slipping away to younger, more daring politicians. In fact, Israel, as a whole, was changing. With the Labor Party becoming almost entirely irrelevant, the Center’s political ideology moved further to the right, simply because supporting an independent Palestinian state in Israel has become a form of political suicide.

Therefore, Netanyahu’s call for the annexation of Palestinian land east of the Jordan River must not be understood in isolation and only within the limited context of the Israeli elections. Israel is now set to annex large parts of the West Bank that it deems strategic. This is most likely to include all illegal settlement blocs and the Jordan Valley as well.

Netanyahu's election pledge to annex the Jordan Valley would only legalize what is already reality: the encirclement of Palestinian villages by Jewish-only settlements who steal and profit from the most fertile land in the area https://t.co/UKC4xGfQPN pic.twitter.com/bGZS09p9Ak

In fact, Netanyahu said on September 11 that he was ready to annex the Jordan Valley region even before the election date, but was blocked by the Attorney General’s office. Netanyahu would not have taken such a decision if it represented a political risk or if it faced pushback from Washington. It is, then, sadly, a matter of time.

Suspiciously absent in all of this are the Palestinian Authority (PA), the Arab League, the European Union and, of course, the United Nations and its many outlets and courts. Aside from a few shy statements – like that of the spokesperson of the UN, Stéphane Dujarric, decrying that “unilateral actions are not helpful in the peace process” – Israeli leaders are facing little or no hindrance whatsoever as they finalize their complete colonization of all Palestinian land.

Unable to stage any kind of meaningful resistance against Israel, the Palestinian leadership is so pathetically insisting on utilizing old terminologies. The official Palestinian response to Netanyahu’s annexation pledge, as communicated by Prime Minister Mohammed Shtayyeh, came only to underscore the PA’s political bankruptcy.

“Netanyahu is the chief destroyer of the peace process,” Shtayyeh said, warning that annexing parts of the West Bank would have negative consequences.

For his part, the PA leader Mahmoud Abbas resorted, once more, to empty threats. Abbas said in a statement, “All agreements and their resulting obligations would end if the Israeli side annexes the Jordan Valley, the northern Dead Sea, and any part of the Palestinian territories occupied in 1967.”

Neither Abbas nor Shtayyeh seem troubled by the fact that a “peace process” does not exist, and that Israel has already violated all agreements.

While the PA is desperately hanging on to any reason to justify its continued existence, Netanyahu, with the full support of Washington, is moving forward in annexing the West Bank, thus making apartheid an official and undisputed reality.

The Palestinian leadership must understand that the nature of the conflict is now changing. Conventional methods and empty statements will not slow down the Israeli push for annexation nor Tel Aviv’s determination to expand its apartheid to all of Palestine. If Palestinians continue to ignore this reality altogether, Israel will continue to single-handedly shape the destiny of Palestine and its people.