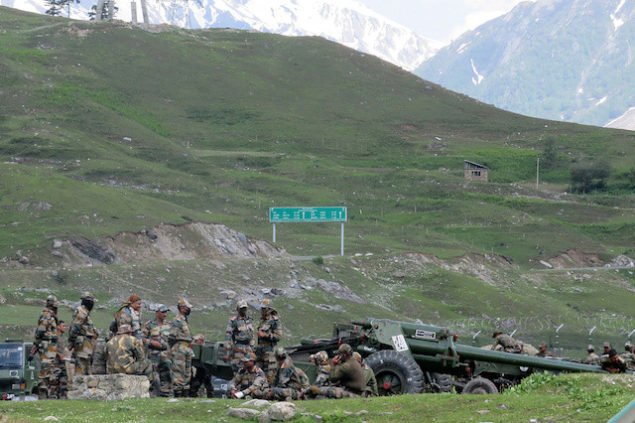 Amid reports that India and China may be pulling troops back from the Line of Actual Control in order to defuse tensions and reduce the likelihood of more fatal clashes, a report in the Hindustan Times notes that while calls for a boycott of Chinese goods are emotionally satisfying they are not feasible.

Amid reports that India and China may be pulling troops back from the Line of Actual Control in order to defuse tensions and reduce the likelihood of more fatal clashes, a report in the Hindustan Times notes that while calls for a boycott of Chinese goods are emotionally satisfying they are not feasible. The analysis by Biswajit Dhar reviews the economic and technological dependence of India on Chinese goods and technology in several key sectors such as electrical and pharmaceutical goods, and concludes that a boycott is not a realistic option until and unless India elaborates a ‘carefully calibrated industrial policy’ to achieve economic and technological independence. 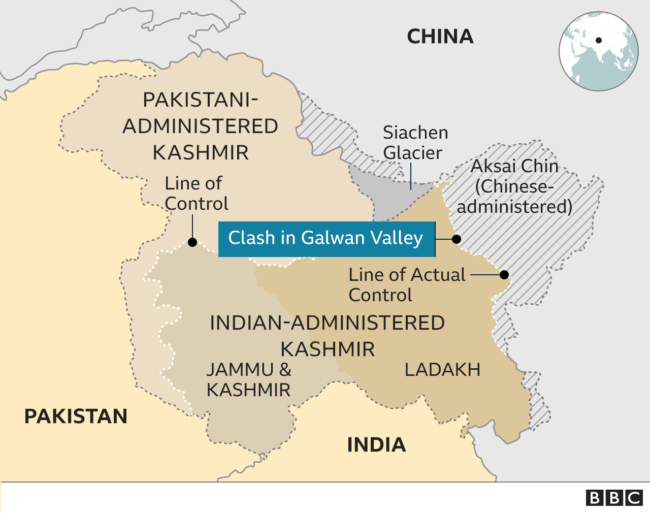 Media reports suggest that India and China have begun pulling back from several areas along their remote Himalayan boundary, a move aimed at defusing a nine-week standoff between the two nuclear-armed neighbours that resulted in the loss of lives on both sides. LINK

Xinhua news has reported that a Foreign Ministry spokesperson said during a press briefing on Thursday that the overall situation at the China-India boundary is stable and ameliorating, expressing the hope that both sides will work towards the same goal to implement consensus that have been reached with concrete actions and de-escalate tensions in the border region.

Spokesperson Zhao Lijian said the Chinese and India border troops have been taking effective measures to disengage at Galwan Valley and other areas in the western sector, following the consensus reached at the corps commander-level talks.

“The overall situation at the China-India boundary is stable and ameliorating,” Zhao said. LINK

The spokesperson added that the two sides will continue to maintain dialogue and communication through military and diplomatic channels, including holding a new round of corps commander-level talks and the meeting of the Working Mechanism for Consultation and Coordination on China-India Border Affairs.

However, the situation clearly remains tense amidst ongoing allegations that China is installing permanent structures in the disputed area not far from where the clashes occurred last month.

In particular, satellite images from June show a series of bunkers, tents and storage units for military hardware in an area where there were no visible structures the month before. 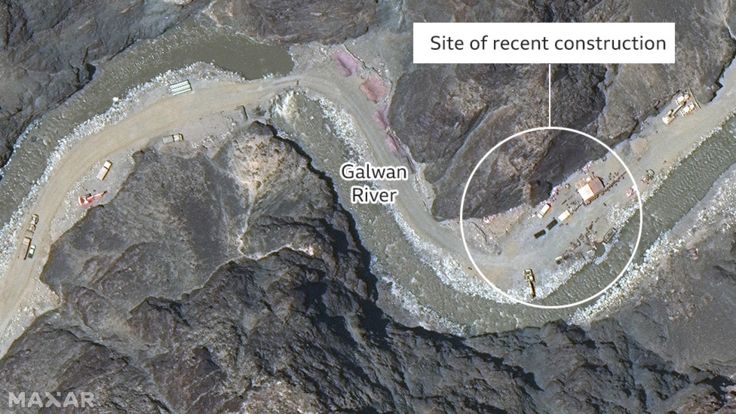 The fresh satellite images, dated 22 June, are from space technology company Maxar. The structures which appear to have been built by China overlooking the Galwan River were not visible in aerial photographs earlier in June. LINK

Meanwhile, pundits in India are pondering the extent of India’s economic and technological dependence on its northern neighbour as many Indians call for a boycott of Chinese-made goods. The calls for the boycott of Chinese products have persisted for several weeks now, but is raises the inconvenient question – to what extent can the Indian economy cut itself off from China? Would it even be possible to boycott Chinese-made products in the foreseeable future?

One important point is that China had established itself as India’s largest source of imports since around 2004-2005. Between 2003-04 and 2007-08, a period of rapid expansion of the Indian economy before the “Great Recession” struck, the nation’s imports from China expanded from about $4 billion to over $27 billion, or at a compound growth of nearly 61%. Consequently, China’s share in India’s total imports more than doubled, from 5% to 11%. Over the next decade, China’s expansion in the Indian market continued and by 2017-18, China’s total share of India’s imports had expanded to 16.4%. In the two financial years since, this share dropped slightly to 14%. However, the strategic significance of Chinese imports for the Indian economy remains undiminished.

The raw numbers do not give the true picture of India’s dependence on China; imports at the product level do. There are two major sectors in which India’s dependence on China is particularly important: electronic products, including telecommunication equipment, and active pharmaceutical ingredients (APIs), the intermediate ingredients for manufacturing pharmaceutical formulations. Both these sectors are immensely significant for India. While the former is critical for the government’s Digital India programme, the latter supports India’s pharmaceutical industry that is responsible for supplying affordable medicines, both for the domestic market as well as for export.

It is no surprise that a large proportion of the mobile phones that India imports are from China. In 2017-18, more than 90% of India’s imports of mobile phones and components were sourced from China. Data shows that in the following two financial years, imports from China came down significantly, but the reality is that Hong Kong is acting as a conduit for China’s exports to India. In 2017-18, India’s imports from Hong Kong were nearly $11 billion; the following year it increased to over $18 billion. As the British did before it, China has long used Hong Kong strategically to distribute its products and disguise the origin of international financial flows. Thus, when sentiments in India were against China following the Doklam dispute, Hong Kong began to be used to tranship products manufactured in China. Therefore, in effect, there was no real reduction in imports of mobile phones from China.

Other imports of electronic and telecommunications equipment from China were equally significant. Although there is a common perception that large volumes of consumer electronic products are sourced from China, the fact that 82% of colour TV sets imported into the country in 2018-19 were from this country will come as a surprise to many. Further, 80% of optical fibres and 92% of personal computers were imported from China in 2018-19.

The dependence on China is even worse in the case of APIs. Among the medicines whose APIs are imported is paracetamol, an essential medicine in the first aid kit of every household. In 2018-19, the entire stock of imports of this medicine came from China. The same was the case with streptomycin, an antibiotic used for treating several bacterial infections, including tuberculosis. Besides these medicines, China was the source of 95% of imports of APIs for penicillin and 98% for ibuprofen, a common medicine used for treating pain, fever and inflammation of various kinds, including arthritis. The APIs of many other critical medicines are also sourced from China.

The list of industries which depend on China for their essential supplies is fairly long, but there are two that are important. The first is the motorcycle industry, which, in 2018-19, sourced 85% of its imports of parts and components from China. While most motorcycle components are obtained locally, the industry imports critical parts such as wheel rims from China. India is also heavily dependent on China for solar photovoltaic cells, which are expected to be the lifeline of the energy sector as the country seeks greener options.

If Indians are serious about reducing their dependence on Chinese products, it will require the government and businesses to make concerted efforts and elaborate a carefully considered strategic industrial policy. While its oligarchs have proven themselves capable of building immense fortunes in captive markets, their capacity to act strategically in the national interest remains unproven. In some sectors, especially in the production of APIs, the government will have to play a more proactive role by using public sector units, as three decades of the growth of the Indian pharmaceutical industry has shown that the private sector is not willing to invest in a segment that involves considerable risk-taking. In other words, only a carefully-crafted industrial policy can reduce India’s dependence on China.