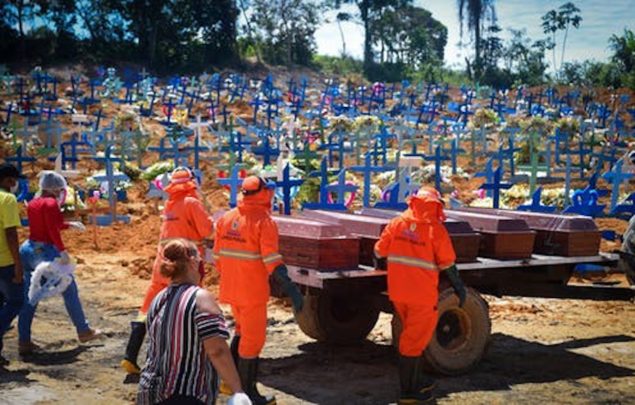 A mass grave for COVID-19 victims in Brazil, which has more total cases than anywhere else in Latin America, Manaus, April 2020. Chico Batata via Getty Images

An activist group called the Landless Workers Movement is providing food, medical care and other pandemic support to hundreds of thousands of Brazilians nationwide.

For months, President Jair Bolsonaro of Brazil has insisted the coronavirus is not a serious threat. Beyond instituting a national lockdown in mid-March, his government has left 209 million Brazilians largely without federal help during the pandemic.

Brazil has the most confirmed COVID-19 cases in Latin America: 101,826 infections COVID-19 cases and 7,051 deaths as of May 4. Nonetheless Bolsonaro continues shaking hands, hugging supporters and pushing to reopen the country. In April he fired his health minister for promoting social distancing.

Some governors are defying the right-wing Bolsonaro’s calls to restart the economy, and Brazil’s Congress recently approved a monthly cash payment of US$114 to help 54 million newly unemployed workers – less than the $190 national minimum wage.

Since other federal aid does not appear to be forthcoming, neighborhood associations, churches, community groups and unions are stepping in to support struggling Brazilians.

One of Brazil’s civilian-led initiatives goes well beyond the average mutual aid society. Drawing on its vast network of farms, doctors, schools and restaurants, an activist group called the Landless Workers Movement is providing food, medical care and other pandemic support to hundreds of thousands of Brazilians nationwide.

The Landless Workers Movement was born in 1984, after groups of landless families began to occupy rural estates that were laying fallow.

Brazil has extremely unequal land distribution. One percent of the population owns about 50% of the arable land.

Because Brazilian law requires land to be used for a “social function,” the occupations effectively forced the government to buy up these estates and allow squatters to farm there, not through a land deed but through “use rights.”

Since 1984 the Landless Workers Movement has won such land access for 1.5 million aspiring farmers. 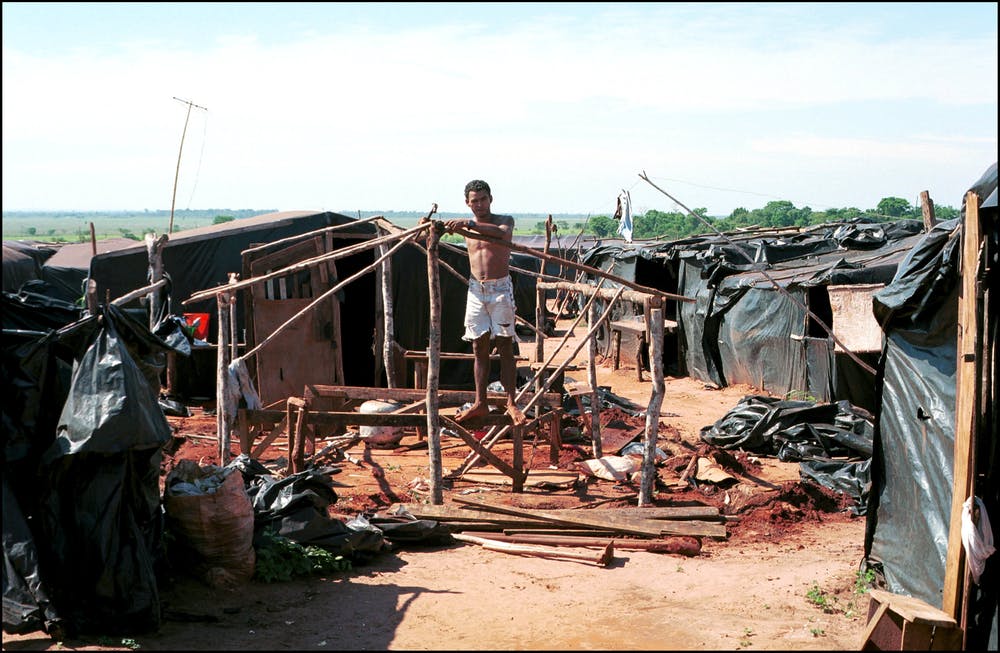 My research on this Brazilian agricultural movement examines what happens to rural squatters after they win land. New farmers need more than land – they need a home, schools for their children, health care, seeds, fertilizer and, often, training.

As an activist movement, the Landless Workers Movement organizes rallies and protests pushing the Brazilian government to support agricultural communities. More unusually, however, it also has a network of institutions dedicated to serving Brazilian squatter farmers.

In partnership with state and local governments in 23 of Brazil’s 26 states, Landless Workers activists help to run 170 community health clinics, 100 agricultural cooperatives, 66 food processing factories and 1,900 farmer associations, according to the movement’s own count.

These jointly operated services, developed over the past 35 years, are largely funded by the government but staffed and governed by the Landless Workers Movement.

As I documented in my 2019 book on the Landless Workers education initiatives, the group also runs 2,000 primary and secondary schools and co-manages degree programs at 80 universities. Its education system has served more than 400,000 students since 1984.

Now, all these resources are being redirected toward the coronavirus pandemic.

The movement has donated over 500 tons of produce like watermelons and yucca to hospitals and poor neighborhoods, transformed six urban cafes into soup kitchens for the homeless and converted some education buildings into makeshift hospitalsstaffed in part by its 130 affiliated doctors.

Some 10,000 teachers who belong to the Landless Workers Movement are helping Brazilian public schools adapt to remote learning. 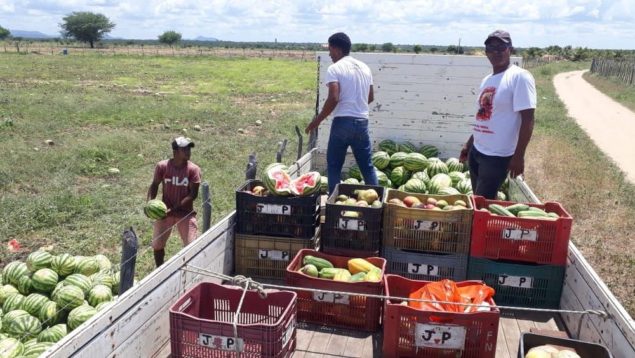 Though the Landless Workers Movement is a rural initiative, its pandemic response operates in cities, too.

To feed hungry families in Santa Maria da Boa Vista, a poor municipality in northeastern Brazil, activist Ronaldo Rodriguez asked his fellow Landless Workers for donations. In just one day, he told me, his team collected three tons of produce from farmers who’d obtained their land with the movement’s help.

“We are practicing social distancing but also community solidarity,” said Rodriguez, a rural school supervisor who graduated college with assistance from the Landless Workers Movement.

‘Stay home but not silent’

Brazil’s Landless Workers Movement is an exception to the rule that grassroots movements avoid partnering with government. Activists typically see their role as pressuring government from the outside and fear that working with government allows politicians to co-opt, or take over, their cause.

“The current government has done nothing to help,” says Indiane Witcel, a 26-year-old economist who works as an accountant in one of the movement’s agricultural cooperatives, COOPAN.

Witcel was born at COOPAN, in Rio Grande do Sul state, near Brazil’s border with Uruguay, back when it was a squatter encampment. Her mother helped occupy and cultivate the land using the Landless Workers Movement’s preferred sustainable farming methods.

Since the coronavirus pandemic began, COOPAN has donated 12 tons of its organic rice to poor urban neighborhoods in nearby Porto Alegre city.

“Solidarity should be part of everyday practice,” Witcel told me. “Now more than ever when so many people are in difficult situations.”

The Landless Workers Movement has a message for Brazilians during this crisis, promoted on Twitter and in its media outlets. Like its coronavirus response, the hashtag slogan combines pandemic assistance with an implicit rebuke to Brazil’s president.

Rebecca Tarlau is Assistant Professor of Education and of Labor and Employment Relations, Pennsylvania State University