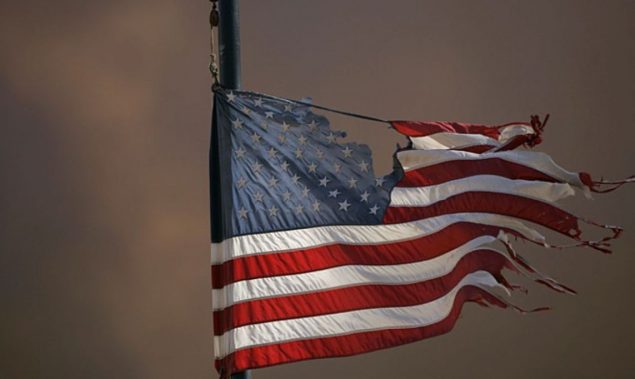 Lawrence suggests that Washington’s foreign policy towards Iran is driven by desperation rather than a reasoned understanding of a world in historically significant flux, which can lead only to a continuing succession of failures.

The kinetic events of the past week in Washington, Tehran, and the Persian Gulf were nothing if not revealing. President Donald Trump proved the keeper of the peace, warmongers all around him, when he aborted an airborne attack on Iran Thursday evening. The Iranians continue to act with admirable restraint in the face of incessant provocations.

More such provocations are sure to come. Trump announced over the weekend that he will impose yet another layer of “major new sanctions” against Iran on Monday. After a minor cyber-attack against an Iranian intelligence agency last week, the Pentagon has developed a list of Iranian entities it is considering for a more extensive cyber-war campaign. 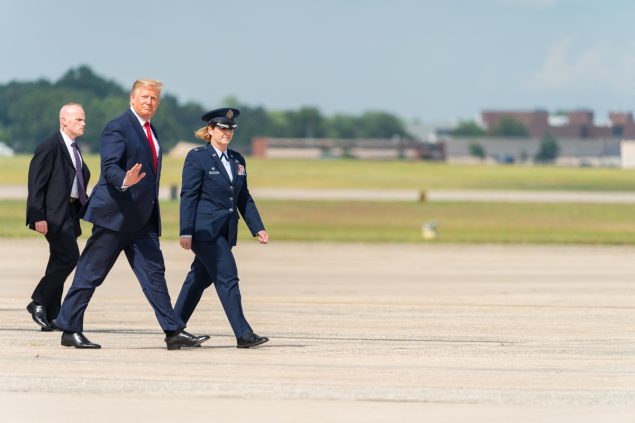 But there are more fundamental truths to derive from the swift escalation of Washington’s hostilities toward Tehran. They come to four. Taken together, they offer a snapshot of an imperial power in accelerating decline.

First, Trump’s determination to avoid pointless new wars of adventure has divided Washington to an extent that is unprecedented at least as far back as the Vietnam debacle. In addition to hawkish factions within the administration and the national security apparatus, an apparent majority on Capitol Hill — liberals as well as Republicans — favors war as the principal instrument of American foreign policy in the Middle East.

This strongly suggests that Washington’s foreign policy elites are effectively paralyzed — that is, incapable of meeting a new century’s realities with new thinking. Trump’s authorization of last week’s cyberattack and his subsequent promise of new sanctions appear to be attempts to appease the swelling ranks of warmongers pressuring him to approve a military confrontation with Iran. It is to Trump’s credit that he has so far held out against those many who stand against him. It is not clear how long he will be able to do so. There is informed speculation that Trump never approved of the attack he canceled at the last minute Thursday night.

Second, Washington’s ability to impose a self-serving narrative on global events is in the latter stages of collapse. Winning broad acceptance of officially approved accounts of U.S. actions and intentions has been essential to the effective execution of American foreign policy at least since the Cold War’s onset in the late 1940s. This is a dwindling asset, as the cases of Ukraine, Syria, and now Iran attest.

Washington’s account of events in the Persian Gulf since two cargo vessels were attacked two weeks ago met open resistance within 24 hours, notably from Germany, the European Union, and Japan — all among America’s longstanding allies. The significance here cannot be overstated. If the U.S. can no longer control accepted narratives, its global alliances will progressively weaken. This process is already evident, notably in the increasing tension between Washington and its trans-Atlantic allies.

Third, in the twilight years of its long preeminence, the U.S. has entered what is best described as its desperation phase. Having no need of imaginative thinking or policy innovation for more than seven decades, Washington finds itself incapable of either. Instead, it assumes a perennial posture of resistance as a new, multipolar, and historically inevitable world order emerges. In a word, America now acts as spoiler wherever this new order is emergent.

This is evident in a variety of contexts. High among these are Western Europe’s densely woven interdependence with Russia, which elaborates continuously despite America’s objections, and the universally shared desire to achieve a lasting peace in Northeast Asia. In the case of Iran, Washington resists the Islamic Republic’s undeniable place as a regional power, incessantly painting a nation dedicated to regional security as a sponsor of terror that is intent — for reasons never explained — on destabilizing its own neighborhood. 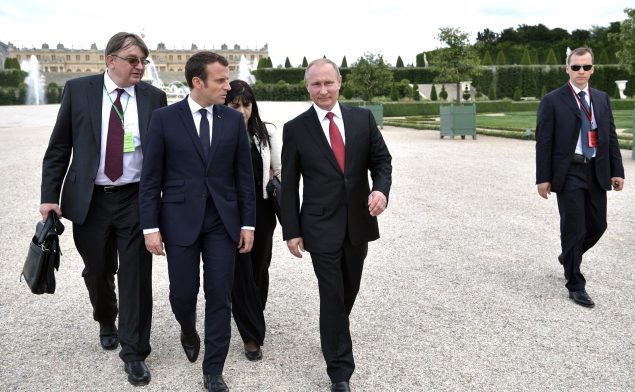 A foreign policy that rests on desperation rather than a reasoned understanding of a world in historically significant flux can lead only to a continuing succession of failures. Should Trump’s many adversaries in Washington prevail in instigating a military confrontation with Iran, the current crisis in the Persian Gulf will take its place among these. The outcome here may be evident in a matter of weeks, if not sooner.

Finally, there is the question of Washington’s increasing isolation. During the postwar decades the U.S. was “alone in the world” — the phrase of the Italian journalist Luigi Barzini — by virtue of its unchallenged dominance. For better or worse, America led. This has turned upside down since the attacks of Sept. 11, 2001: The U.S. is now ever more alone because it repeatedly flinches from the 21st century, effectively refusing to accept that the 20th has passed.

There has yet to be an open breach between the U.S. and its postwar allies. But it is not difficult to imagine that one lies out in the middle distance — an eventuality that was unthinkable even a decade or so ago. The now-evident trans-Atlantic rift worsened steadily after the Obama administration force-marched the Continent to conform to the sanctions it imposed on Russia after the U.S.–cultivated coup in Ukraine five years ago. Trump widened it very dramatically when he withdrew last year from the 2015 accord governing Iran’s nuclear programs.

It is lost on no one in Europe that the current crisis in the Persian Gulf is the direct outcome —and maybe the intended outcome — of that reckless decision. Should Washington’s hawkish factions persist in their transparent efforts to provoke a military conflict with Iran, the risk of a break straight down the middle of the Western alliance will draw all the nearer.

The U.S. remains beyond question the world’s most powerful nation, as is frequently remarked. But hard power is losing its agency: This is among the principal features of our new century. It is important now to distinguish between strong nations and the merely powerful. Most of what the U.S. does abroad has come to demonstrate the opposite of its intent. America is emerging as a powerful but weak nation, its leadership divided and unable to rethink its global position.  And a loss of strength is the very essence of a nation in decline.

Patrick Lawrence, a correspondent abroad for many years, chiefly for the International Herald Tribune, is a columnist, essayist, author and lecturer. His most recent book is “Time No Longer: Americans After the American Century” (Yale). Follow him on Twitter @thefloutist. His web site is Patrick Lawrence. Support his work via his Patreon site.