A window for peace 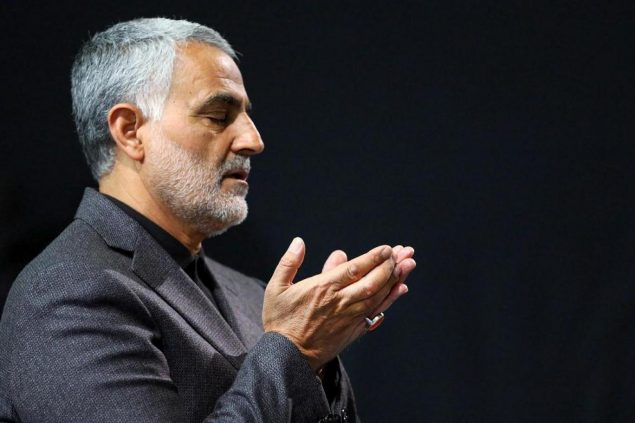 The entire world should congratulate Iran for its maturity in handling the illegal assassination of its General, who was on a peace mission, travelling as a civilian on a commercial flight, carrying a mediation message the US had been instrumental in instigating.

There is this morning a chink of light to avoid yet more devastation in the Middle East. Iran’s missile strikes last night were calibrated to satisfy honour while avoiding damage that would trigger automatically the next round. The missiles appear to have been fitted out with very light warhead payloads indeed – their purpose was to look good in the dark going up into the night sky. There is every reason to believe the apparent lack of US casualties was deliberate.

Even more important was the Iraqi statement that “proportionate measures” had been “taken and concluded” and they did not seek “further escalation”.

I agree their response was proportionate and I would say that I regard the Iranian action so far, unlike the assassination of Soleimani by the US, legal in international law.

The entire world should congratulate Iran for its maturity in handling the illegal assassination of its General, who was on a peace mission, travelling as a civilian on a commercial flight, carrying a mediation message the US had been instrumental in instigating. If as seems possible the US actively manipulated the diplomatic process to assassinate someone on a diplomatic mission and traveling on a diplomatic passport, that is a dreadful outrage which will come back to haunt them. Life insurance rates for US diplomats no doubt just went up.

It is also worth noting the 2.8% rise in the Lockheed share price in the 24 hours immediately before the Soleimani assassination, outperforming the Dow about three times. That would bear investigation. Arms manufacturers and oil stocks have soared this last few days – and remember that nowadays the vast bulk of financial transactions are bets on the margins of movement, so vast fortunes will have been made out of all this.

The UK has been, as ever, complicit in US crimes. Our laughing called “defence” industry – when were its products last used in self-defence and not colonial adventure? – is tied in to and dependent on the US military machine. The current build-up of US troops and hardware in the Gulf has Mildenhall as a major staging post. We do not have to do this. Whether officially or on a pretext, French airspace was closed to the US military build-up and the Americans have had to fly from the UK, skirting France, around the Atlantic.

In a huge Boris Johnson slap in the face to international law, extra US bombers to attack Iran have been flown into Diego Garcia, in the Chagos Islands. You will recall that is where the UK committed genocide against the population in the 1970s to clear the way for the US military base. Last year, the UK lost a hearing before the International Court of Justice and was subsequently instructed by the UN to decolonise the islands and give them back to Mauritius by last November. The UK simply persisted in its illegal occupation and now is threatening the use of the islands as the base for yet another illegal and destabilising war.

That the UK is a permanent member of the UN security council is a disgrace which surely cannot endure much longer. What the current crisis has shown us is that under Johnson the UK has no future except as a still more compliant servant of whoever occupies the White House.

Wars are easy to start but hard to stop. Trump appears to have calmed, but we cannot rule out a stupid “last word” attack bu the USA. It is to be hoped that Iran now concentrates on using the immense political leverage it has gained to get western troops out of Iraq, which would be a tremendous result for all of us after 17 years. But we cannot rule out hotter heads in the Iranian government insisting on further attacks, or attacks from regional forces whose Tehran authorisation is uncertain. On either side this could yet blow up badly.

I am a sucker for hope, and the best outcome would be for the US and Iran to start talking directly again, and a deal to be made from this break in the logjam that is wider than, and Trump can portray as better than, “Obama’s” nuclear deal and would enable the lifting of sanctions. I am sure Trump will be tempted by the chance to go for this kind of diplomatic coup under the political cover provided him by Soleimani’s assassination. But the US is now so tied in to Saudi Arabia and Israel, and thus tied in to irrational hostility to Iran, that this must be extremely unlikely.

For those of us in Scotland, this is still more reason why Independence must be early. We cannot be tied in to a rogue state. As we march for Independence on Saturday, the potential for war in Iran gives the sharpest reminder why we must leave the UK and form our own, peaceful, law-abiding state.