A Summer of Confrontation Looms in the South China Sea 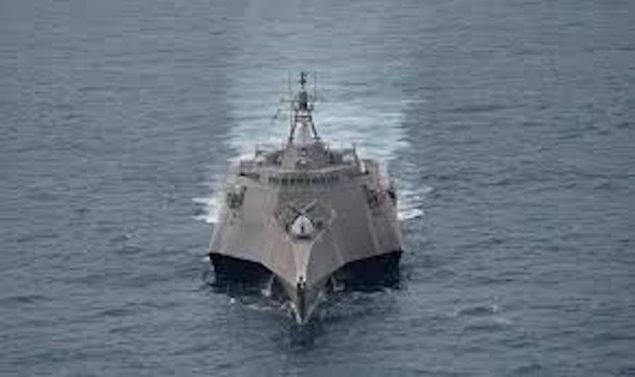 It is obvious that the US armed forces are gearing up for a summer of confronting China, and that this is going to be effected on land, by sea, and in the air. But provocation cannot be accepted indefinitely.

Freedom of Navigation is most important, and the United Nations Convention on the Law of the Sea lays down that “The high seas are open to all States, whether coastal or land-locked. Freedom of the high seas is exercised under the conditions laid down by this Convention and by other rules of international law.”

The generally accepted definition of freedom of navigation is “the right recognized in international law especially by treaties or agreements for vessels of one or all states to navigate streams passing through two or more states.”

The United States is the self-appointed guardian of the Seas, and has declared it “will exercise and assert its navigation and overflight rights and freedoms on a worldwide basis in a manner that is consistent with the balance of interests reflected in the Law of the Sea Convention.” There is only one problem with this, in that the US Senate refuses to ratify the Convention, which makes nonsense of the constant threats by Washington that everybody must obey it or there will be the United States to reckon with, in the shape of the US Navy which roams the seas with its eleven aircraft carriers, 9 amphibious ready groups (more accurately, strike squadrons), 22 cruisers and 66 destroyers with, down below, some seventy submarines. Nuclear weapons abound, but nobody knows which surface vessels carry them (except the intelligence services of China and Russia), because it is policy to “neither confirm nor deny” if nuclear weapons are on board.

It is remarkable that the only national leader ever to have publicly condemned the “neither confirm nor deny” rule was New Zealand’s Prime Minister David Lange in 1984 when he “barred the visit of the American Navy destroyer Buchanan after Washington refused to say whether it was nuclear-armed or not.” The US then demonstrated its maturity and “suspended naval manoeuvres with New Zealand and stopped sharing intelligence information with it” and cancelled a high level security conference. Lange showed his disdain for such antics when speaking at a farewell dinner for the US ambassador, H Monroe Browne, in 1986. The ambassador, as with so many US heads of mission, was a rich man who had bought his appointment, and he owned a racehorse called Lacka Reason, about which Lange observed that “You are the only ambassador in the world to race a horse named after your country’s foreign policy.”

Which brings us to Washington’s shenanigans in the South China Sea.