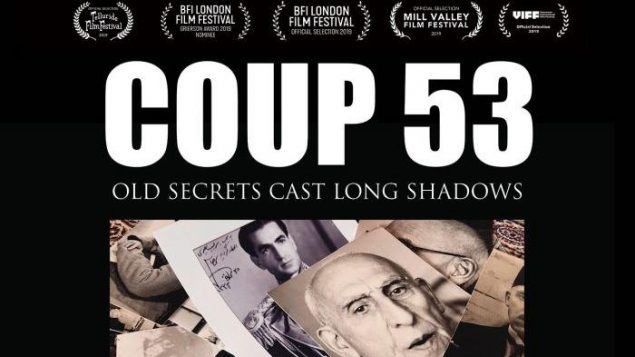 During a time of heightened tensions between the US and Iran, the documentary Coup 53 reminds viewers of the origins of the conflict.

In 1953, the overthrow of democratically elected Iranian Prime Minister Mohammad Mosaddegh set a historic, chilling precedent. The coup d’état, orchestrated by the CIA and MI6, irrevocably shaped the subsequent 67 years and counting of US interventionism for the worse. Mosaddegh’s fight for Iranian autonomy in nationalizing the oil industry — built and exploited by the British — was undermined by his ousting and the West’s installation of a puppet leader, the Shah. 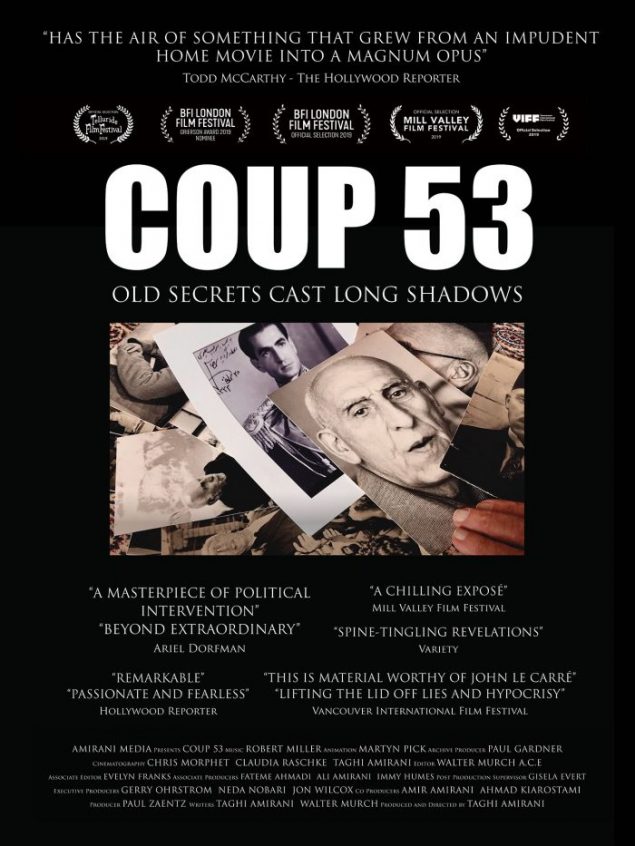 Director Taghi Amirani’s decade of research into the subject brings us Coup 53, a documentary that turns the analysis of declassified intelligence documents into a suspense thriller. (He’s aided by Hollywood veteran Walter Murch, who not only edited but also co-wrote the film — his first script work since Return to Oz, of all things.) The movie lays out the calculating logic of Winston Churchill and Dwight D. Eisenhower’s oil-hungry foreign policy measures, and how they were influenced by Red Scare paranoia (they feared Mosaddegh would go communist). Experts, including Stephen Kinzer, author of All the Shah’s Men (a definitive English-language guide to the event), contextualize the history and political maneuvers leading up to the coup.

The inclusion of MI6 talking heads from End of Empire, an ’80s British television series which included an episode on the Iranian coup, makes the detective work even more exciting. When Amirani finds out that one agent’s interview was omitted from the broadcast, he sleuths until he fortuitously finds an unedited original transcript. The film has none other than Ralph Fiennes read the agent’s testimony in voiceover, and it turns out to be rather damning in its honesty about MI6’s motives. Coup 53 paints a harrowing picture of the preparations for the coup, as well as the hilariously ignorant frustration of Western interventionists, whose plans to turn Iranians against Mosaddegh initially backfired thanks to his immense popular support.

The film also profiles the honest, well-meaning politician who wanted to build a peaceful modern democracy and influence Iran’s neighbors to follow suit. Amirani humanizes Mosaddegh, portraying his utterly depressing final years in exile. The film also doesn’t hold back in demonstrating that the Western-hating political radicalization that followed, not only in Iran but in the entire region, was largely inspired by the US and UK’s policies of political backstabbing and forced regime change.

This film arrives at an opportune time. While undoubtedly the fault of the Iranian government, the inadvertent shooting down of a civilian aircraft was likely the result of their military’s understandably defensive, paranoid state after America’s erratic aggression throughout the beginning of this year. Coup 53 sheds fascinating light on how the antagonism between Iran and America has historically been the result of the latter’s continual provocations, which until now have often been occluded from public knowledge.