A million Communists rally in India pledging to oust Modi 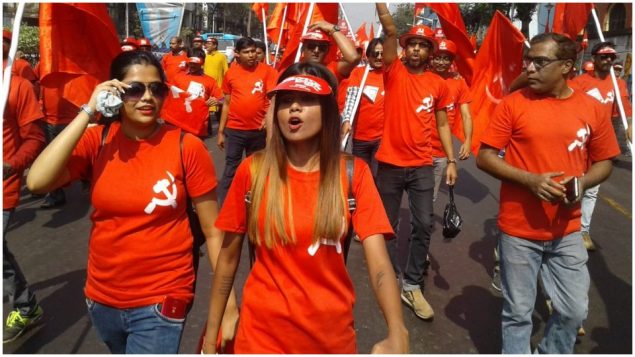 On Feb 3 2019 Kolkata’s Brigade Parade Ground turned red, as over a million people got together for a rally led by the Left Front. They pledged to oust the BJP government from the Centre and the Trinamool Congress (TMC) government from West Bengal in the forthcoming elections.

The city’s Brigade Parade Ground was turned into a sea of red as people from across the state poured into the enormous square brandishing scarlet banners to attend a demonstration organized by the Communist Party of India-Marxist (CPI-M)-led Left Front.

The Left Front, an alliance of socialist parties in West Bengal, also took aim at the All-India Trinamool Congress (TMC) party, whose founder, Mamata Banerjee, is the current chief minister of the state.

Yechury said the TMC’s opposition to the BJP was a sham and that the two parties were “two sides of the same coin.”

“Any attempt to stall the march of this ‘red sea’ will create a tsunami in the political scene and will sweep away anti-democratic and communal forces like Modi and his communal brigade and their covert ally, TMC supremo Mamata Banerjee and her party in Bengal.”