A debt jubilee is the only way to avoid a depression 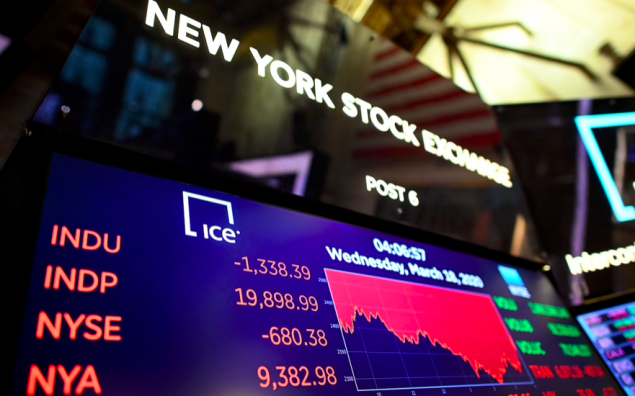 Even before the novel coronavirus appeared, many American families were falling behind on student loans, auto loans, credit cards and other payments. America’s debt overhead was pricing its labor and industry out of world markets. A debt crisis was inevitable eventually, but covid-19 has made it immediate.

Even before the novel coronavirus appeared, many American families were falling behind on student loans, auto loans, credit cards and other payments. America’s debt overhead was pricing its labor and industry out of world markets. A debt crisis was inevitable eventually, but covid-19 has made it immediate.

Massive social distancing, with its accompanying job losses, stock dives and huge bailouts to corporations, raises the threat of a depression. But it doesn’t have to be this way. History offers us another alternative in such situations: a debt jubilee. This slate-cleaning, balance-restoring step recognizes the fundamental truth that when debts grow too large to be paid without reducing debtors to poverty, the way to hold society together and restore balance is simply to cancel the bad debts.

The word “Jubilee” comes from the Hebrew word for “trumpet” — yobel. In Mosaic Law, it was blown every 50 years to signal the Year of the Lord, in which personal debts were to be canceled. The alternative, the prophet Isaiah warned, was for smallholders to forfeit their lands to creditors: “Woe to you who add house to house and join field to field till no space is left and you live alone in the land.” When Jesus delivered his first sermon, the Gospel of Luke describes him as unrolling the scroll of Isaiah and announcing that he had come to proclaim the Year of the Lord, the Jubilee Year.

Until recently, historians doubted that a debt jubilee would have been possible in practice, or that such proclamations could have been enforced. But Assyriologists have found that from the beginning of recorded history in the Near East, it was normal for new rulers to proclaim a debt amnesty upon taking the throne. Instead of blowing a trumpet, the ruler “raised the sacred torch” to signal the amnesty.

It is now understood that these rulers were not being utopian or idealistic in forgiving debts. The alternative would have been for debtors to fall into bondage. Kingdoms would have lost their labor force, since so many would be working off debts to their creditors. Many debtors would have run away (much as Greeks emigrated en masse after their recent debt crisis), and communities would have been prone to attack from without.

The parallels to the current moment are notable. The U.S. economy has polarized sharply since the 2008 crash. For far too many, their debts leave little income available for consumer spending or spending in the national interest. In a crashing economy, any demand that newly massive debts be paid to a financial class that has already absorbed most of the wealth gained since 2008 will only split our society further.

This has happened before in recent history — after World War I, the burden of war debts and reparations bankrupted Germany, contributing to the global financial collapse of 1929-1931. Most of Germany was insolvent, and its politics polarized between the Nazis and communists. We all know how that ended.

America’s 2008 bank crash offered a great opportunity to write down the often fraudulent junk mortgages that burdened many lower-income families, especially minorities. But this was not done, and millions of American families were evicted. The way to restore normalcy today is a debt write-down. The debts in deepest arrears and most likely to default are student debts, medical debts, general consumer debts and purely speculative debts. They block spending on goods and services, shrinking the “real” economy. A write-down would be pragmatic, not merely moral sympathy with the less affluent.

In fact, it could create what the Germans called an “Economic Miracle” — their own modern debt jubilee in 1948, the currency reform administered by the Allied Powers. When the Deutsche Mark was introduced, replacing the Reichsmark, 90 percent of government and private debt was wiped out. Germany emerged as an almost debt-free country, with low costs of production that jump-started its modern economy.

Critics warn of a creditor collapse and ruinous costs to government. But if the U.S. government can finance $4.5 trillion in quantitative easing, it can absorb the cost of forgoing student and other debt. And for private lenders, only bad loans need be wiped out. Much of what would be written off are accruals, late charges and penalties on loans gone bad. It actually subsidizes bad lending to leave them in place.

In the past, the politically powerful financial sector has blocked a write-down. Until now, the basic ethic of most of us has been that debts must be repaid. But it is time to recognize that most debts now cannot be paid — through no real fault of the debtors in the face of today’s economic disaster.

The coronavirus outbreak is serving as a mind-expansion exercise, making hitherto unthinkable solutions thinkable. Debts that can’t be paid won’t be. A debt jubilee may be the best way out.

Michael Hudson, author of “… and forgive them their debts” and “Killing the Host,” is president of the Institute for the Study of Long-Term Economic Trends and is distinguished research professor of economics at the University of Missouri at Kansas City.