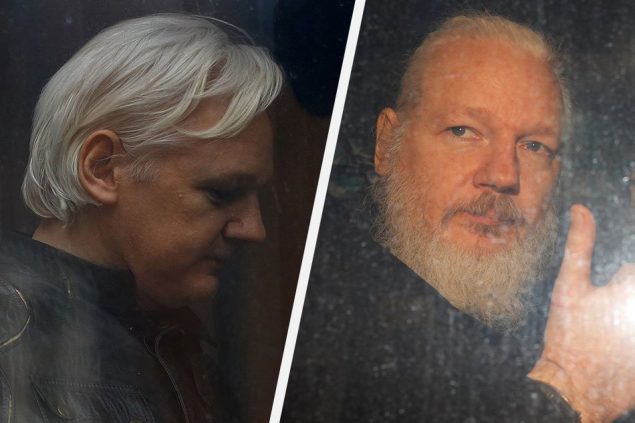 WikiLeaks founder Julian Assange was arrested by British police on Thursday after Ecuador withdrew his asylum which had allowed him to take refuge in the country’s embassy in London since 2012. Peter Nicholls, Reuters

The United States is seeking the extradition of WikiLeaks founder Julian Assange following his arrest this morning in London. Assange is now being held in a London jail. His attorney, Jennifer Robinson, and Kristinn Hrafnsson, editor-in-chief of WikiLeaks, briefly spoke to reporters today in London.

NB: This is a rush transcript. Copy may not be in its final form.

JENNIFER ROBINSON: Since 2010, we’ve warned that Julian Assange would face prosecution and extradition to the United States for his publishing activities with WikiLeaks. Unfortunately, today, we’ve been proven right. Mr. Assange was arrested this morning at about 10:00 at the Ecuadorean Embassy, after the ambassador formally notified him that his asylum had been revoked, and he was arrested by British police. We’ve today received a warrant and a provisional extradition request from the United States alleging that he has conspired with Chelsea Manning in relation to the materials published by WikiLeaks in 2010.

I’ve just been with Mr. Assange in the police cells. He wants to thank all of his supporters for their ongoing support. And he said, “I told you so.”

KRISTINN HRAFNSSON: Well, the only thing to add to this is the fact that this is a dark day for journalism. As Jennifer said, this sets a precedent. We don’t want this to go forward. This has to be averted. The U.K. government needs to make a full assurance that a journalist will never be extradited to the United States for publishing activity. This pertains to publishing work nine years ago, publishing of documents, of videos of the killing of innocent civilians, exposure of war crimes. This is journalism. It’s called “conspiracy.” It’s conspiracy to commit journalism. So this has to end. And we urge everybody to support Julian Assange in fighting this extradition. Thank you.

REPORTER 1: What legal avenues are available to you to prevent his extradition?

JENNIFER ROBINSON: We’re not going to be taking any more questions today. Thank you very much.

KRISTINN HRAFNSSON: You were asking about the elements in the extradition request. It is quite obvious that the U.S. authorities have picked just one element of what they have been working on for a long time, including the Espionage Act, acts that are—have decades in prison. There is no assurance that there will not be additional charges when he’s on U.S. soil. And I think, and I believe, that this was an angle in the approach to increase the likelihood of him being extradited. That is obvious. Thank you.