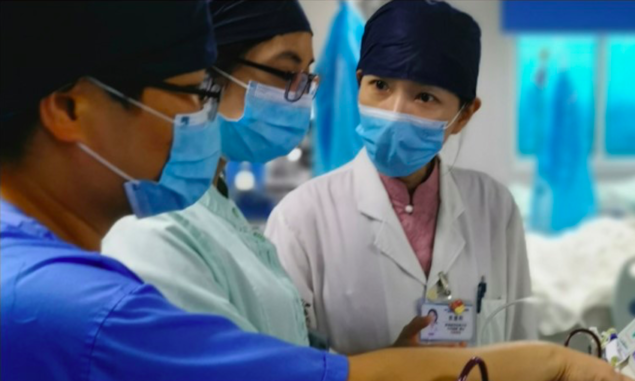 The statement shown below has been issued by some 170 academics from eight universities in the Netherlands. The English translation of the statement is originally published on Climate and Capitalism, An Ecosocialist Journal, which is published in Canada. C&C notes in its introduction that the statement has been widely reported in the Dutch press.

The statement (below) by some 170 Dutch academics is among the most incisive and far-sighted of the left-wing statements and documents being issued since the onset of the SARS-CoV-2 (Covid-19) pandemic. It accurately describes how the forces of globalized and expansionist capitalism came to create the pandemic in the first place. It situates the struggle for a better, post-pandemic world within the framework of a worldwide struggle to achieve ‘degrowth’ (de-commodification of society). By that is meant a society in which the relentless expansion imperative of capitalism is constrained and replaced, over time, with a planned, social economy.

A social economy (call it ‘socialism’) would prioritize human needs and carry out the necessary, wrenching changes needed to bring human civilization into harmony with our surrounding natural environment and ecology. Under capitalism, the overwhelming imperative is the production of exchange values to be bought and sold on markets. In contrast, socialism is centered on creating and producing ‘use values’ for social good and equality—food and shelter; health care, including care for the young, elderly and otherwise more vulnerable; education; science; culture; abolition of militarism and war; etc. Achieving socialism requires a vast expansion of democracy compared to capitalism, drawing the entirety of society into democratic decision-making.

In promoting the strategy of degrowth, the Dutch statement stands in contrast to the two main trends in environmental politics today. One trend is the dominant liberal environmentalism. It posits a ‘greening’ of capitalism whereby the wasteful and destructive practices of capitalist production can be ‘humanized’ and made less harsh. An example is the argument in favour of replacing the extraction and consumption of fossil fuels with the extraction and consumption of ‘alternative’ energies. Among the more radical exponents of this trend is author and professor Naomi Klein. The other trend is ‘ecosocialism’, which argues abstract or utopian phrases such as ‘revolution’ or ‘socialism’ as the alternative to capitalism. Ecosocialism eschews the development of political strategy rooted in the realities of class struggle and charting a path to political power by the working class. What are the class alliances need in the struggle to win a government led by the working class in all its social breadth and complexities? What are the transitional steps to a society of social and ecological justice that a working class-led government would take? These are burning questions needed to be answered by progressive movements seeking an end to the pillaging of the Earth by capitalism.

The Dutch statement sharply criticizes “the economic development model that has been dominant globally over the last 30 years”. It does not name the model. The timeline of “the last 30 years”—back to the year 2000–is unclear. Presumably, this is referring to the rise of globalized capitalism. This dates from the years of the late 1970s and early 1980s, when the world capitalist system entered the first, prolonged period of economic stagnation since the ending of the second, imperialist world war in 1945. ‘Globalized capitalism’ is a distinct phase of capitalist imperialism, which arose during the latter decades of the 19th century and first decade of the 20th century. Academics the world over have unfortunately adopted and popularized the use of a nonsensical term–‘neoliberalism’–to describe globalized capitalism.

The SARS-CoV-2 pandemic symbolizes a dire warning to the working class peoples of the world. The response to the pandemic by the leading imperialist governments of the world, especially the U.S., has been marked by criminal negligence. The political aftermath of the pandemic, largely resting in the hands of these same governments, threatens a great acceleration of the three, existing threats looming over contemporary civilization—global warming, rising imperialist militarism and war, and growing social inequities. This is already evidenced by the rising chorus blaming China for the pandemic, even though China’s prompt actions in controlling its outbreak helped save the world from a much worse outcome. As such, the recovery from the pandemic offers a unique moment in human history to avoid a descent into barbarism and civilizational collapse, into which globalized, expansionist capitalism is taking the world. Human society needs to act decisivelyto seize this unique moment and wage a vast struggle to replace destructive capitalism with a planned, social economy founded on human and ecological values. There is no time to waste.

Covid-19 has shaken the world. It has already led to the loss or devastation of countless lives, while many people in vital professions are working day and night to attend to the sick and stop further spread. Personal and social losses, and the fight to stop these, demand our continued respect and support. At the same time, it is critical to view this pandemic in historical context in order to avoid repeating past mistakes when we plan for the future.

The fact that Covid-19 has already had such a major economic impact is due, amongst other factors, to the economic development model that has been dominant globally over the last 30 years. This model demands ever-growing circulation of goods and people, despite the countless ecological problems and growing inequalities it generates.

Over the last few weeks, the weaknesses of the neoliberal growth machine have been painfully exposed. Among other issues we have seen: large companies pleading for immediate state support once effective demand falls away for even a short time; insecure jobs being lost or put on hold; and further strain placed on already underfunded healthcare systems. People who recently confronted the government in their struggles for recognition and decent salaries are now, remarkably, considered to have ‘vital professions’ in healthcare, elderly care, public transport and education.[1]

A further weakness of the current system, and one that is not yet prominent in discussions of the pandemic, is the link between economic development, the loss of biodiversity and important ecosystem functions, and the opportunity for diseases like Covid-19 to spread among humans. These are lethal links and could become much more so. The WHO has already estimated that, globally, 4.2 million people die each year from outdoor air pollution and that the impacts of climate change are expected to cause 250,000 additional deaths per year between 2030 and 2050. Experts warn that with further severe degradation of ecosystems — a scenario that is to be expected under the current economic model — chances for further and even stronger virus outbreaks on top of these unfolding catastrophes are realistic.

All this requires drastic and integrated action and makes it critical to start planning for a post- Covid-19 world as soon as possible. While some short-term positive social and environmental impacts have emerged in the crisis — such as community support, local organizing and solidarity, less pollution and GHG emissions — these changes will be temporary and marginalized without concerted efforts for broader political and economic change. It is therefore necessary to envision how this current situation could lead to a more sustainable, fair, equitable, healthy, and resilient form of (economic) development going forward; one that acknowledges the structurally unsound pressures of the neoliberal model on people and environments, and that establishes policies and political strategies to achieve meaningful, sustainable and equitable change.

This brief manifesto, signed by Netherlands-based scholars working on issues around development, aims to summarize what we know, from our collective research and writing, to be critical and successful policy strategies for moving forward during and after the crisis. We propose five key policy proposals for a post-Covid-19 development model, all of which can be implemented immediately and sustained after this particular crisis has subsided:

As academics, we are convinced that this policy vision will lead to more sustainable, equal and diverse societies based on international solidarity, and it can better prevent and deal with shocks and pandemics to come. For us, the question is no longer whether we need to start implementing these strategies, but how we go about it. As we acknowledge those groups hardest hit by this particular crisis in the Netherlands and beyond, we can do justice to them by being proactive in ensuring that a future crisis will be much less severe, cause much less suffering or not happen at all.

Most of all, we need to work on these positive visions to counter ‘disaster capitalist’ responses that aim to make (even) more profit out of others’ misery and strengthen those policies that have rendered the planet unsustainable. Together with many other communities, in the Netherlands and globally, we believe the time is right for such a positive and meaningful vision going forward. We urge politicians, policy-makers and the general public to start organizing for their implementation sooner rather than later.

Note by A Socialist In Canada:
[1] Other job occupations that are under-valued or even denigrated under capitalism include food production and food distribution (retailing).

For daily news and analysis of the unfolding SARS-CoV-2 (Covid-19) pandemic, read the ‘World news’ headlines page of A Socialist In Canada website.