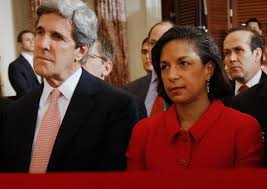 With reporting from the New York Times revealing new consideration by the Obama administration to send $3 billion worth of weaponry and military equipment to Ukraine, concerns over a deepening civil war between the Ukraine Army and the eastern rebel factions who reject the authority of the government in Kiev are rising rapidly.

Alexander Zakharchenko, president of the self-declared Donetsk People’s Republic in the east, has reportedly announced plans to recruit 100,00 men to fuel the eastern region’s ongoing battle with the Ukraine Army, which receives backing from both the U.S. and the NATO alliance.

As fighting intensifed in Donetsk, Vuhlehirsk, Debaltseve and other eastern cities on Sunday and into Monday, the Times reported how NATO’s high commander as well as top members of Obama’s national security team are again discussing plans to send more weapons to the war-torn and divided nation. Reuters reports on Monday:

Municipal authorities in Donetsk said 15 civilians were killed over the weekend by shells, mortars or other missiles that hit residential areas of the city which is controlled by the separatists.

To the northeast of Donetsk, the Russian-backed rebels kept up attacks to dislodge government forces from the small town of Debaltseve, a strategic rail hub, in fighting which has grown more intense since peace talks collapsed on Saturday.

Kiev military authorities said separatist forces launched more than a 100 attacks by artillery, rocket systems and tank fire on Ukrainian positions and residential areas in the past 24 hours.

Despite indications that the shelling of Donetsk and other rebel strongholds by the Ukraine Army is resulting in devastating civilian casualties, the reporting indicates White House and Pentagon support for more advanced arms is increasing:

Secretary of State John Kerry, who plans to visit Kiev on Thursday, is open to new discussions about providing lethal assistance, as is Gen. Martin E. Dempsey, the chairman of the Joint Chiefs of Staff, officials said. Defense Secretary Chuck Hagel, who is leaving his post soon, backs sending defensive weapons to the Ukrainian forces.

In recent months, Susan E. Rice, Mr. Obama’s national security adviser, has resisted proposals to provide lethal assistance, several officials said. But one official who is familiar with her views insisted that Ms. Rice was now prepared to reconsider the issue.

According to the Times:

Michèle A. Flournoy, a former senior Pentagon official who is a leading candidate to serve as defense secretary if Hillary Rodham Clinton is elected president, joined in preparing the report. Others include James G. Stavridis, a retired admiral who served as the top NATO military commander, and Ivo Daalder, the ambassador to NATO during Mr. Obama’s first term.

“The West needs to bolster deterrence in Ukraine by raising the risks and costs to Russia of any renewed major offensive,” the report says. “That requires providing direct military assistance — in far larger amounts than provided to date and including lethal defensive arms.”

This mindset, however, which calls for military escalation over renewed efforts to settle the crisis in Ukraine diplomatically is generating warning cautions from experts on U.S./Russian relations. As the increased fighting has led many to say the peace agreement reached in Minsk last year has collapsed, the threat of wider war—with the U.S. and Russia governing their respective proxies within Ukraine—various dangers are rapidly converging.

Last week, former Soviet leader Mikhael Gorbachev accused the U.S. of pulling Russia into a new Cold War that faces the risk of further escalation. “I can no longer say that this Cold War will not lead to a ‘Hot War.’ I fear [the U.S.] could risk it,” Gorbachev said.

“All you hear is about sanctions towards Russia from America and the European Union. Have they totally lost their heads? The U.S. has been totally ‘lost in the jungle’ and is dragging us there as well.”

As far as veteran reporter Eric Margolis is concerned, the stakes in Ukraine could not be higher. For one thing, as he reminded readers in his latest column over the weekend, rule number one of geopolitics should be this: “nuclear-armed powers must never, ever fight.” Secondly, he argues, what is happening with U.S. and NATO involvement in Ukraine is classic “mission creep” of the most dangerous kind. He writes:

The war-craving neocons in Washington and their allies in Congress and the Pentagon have long wanted to pick a fight with Russia and put it in its place for daring to oppose US policies against Iran, Syria and Palestine. What neocons really care about is the Mideast.

Some neocon fantasies call for breaking up the Russian Federation into small, impotent parts. Many Russians believe this is indeed Washington’s grand strategy, mixing military pressure on one hand and social media subversion on the other, aided by Ukrainian oligarchs and rightists. A massive propaganda campaign is underway, vilifying Russia’s president, Vladimir Putin as “the new Hitler.”

The concerns of Margolis are shared by another veteran journalist, reporter and editor Robert Parry, who argues the uncritical backing of the Kiev government by the U.S. government and the march towards increased military intervention has all the hallmarks of the infamous clamor of war that led to the unprovoked U.S. invasion of Iraq in 2003. Taking aim at the important role of the nation’s most prominent media outlets when it comes to Ukraine policy, Parry writes:

From the start of the Ukraine crisis in fall 2013, the New York Times, the Washington Post and virtually every mainstream U.S. news outlet have behaved as dishonestly as they did during the run-up to war with Iraq. Objectivity and other principles of journalism have been thrown out the window. The larger context of both Ukrainian politics and Russia’s role has been ignored.

Again, it’s all been about demonized “bad guys” – in this case, Ukraine’s elected President Viktor Yanukovych and Russia’s elected President Vladimir Putin – versus the “pro-Western good guys” who are deemed model democrats even as they collaborated with neo-Nazis to overthrow a constitutional order.

Again, the political is made personal: Yanukovych had a pricy sauna in his mansion; Putin rides a horse shirtless and doesn’t favor gay rights. So, if you raise questions about U.S. support for last year’s coup in Ukraine, you somehow must favor pricy saunas, riding shirtless and holding bigoted opinions about gays.

Anyone who dares protest the unrelentingly one-sided coverage is deemed a “Putin apologist” or a “stooge of Moscow.” So, most Americans – in a position to influence public knowledge but who want to stay employable – stay silent, just as they did during the Iraq War stampede.

In that context, those trying to supplant the recent violence and that dominant media narrative which surrounds it, are themselves fighting an uphill battle. Last week, United Nations Under-Secretary-General for Political Affairs Jeffrey Feltman told the Security Council that a political solution to the conflict in Ukraine was urgent. “Over 5,000 lives have already been lost in this conflict,” Feltman said. “We must find a way to stop it and must do so now.”

So far, however, it appears those urgings have found little traction.

See also:
The drums of war as sounded in The Guardian on Feb. 2, 2015 by hawk masquerading as a liberal:
Putin must be stopped. And sometimes only guns can stop guns, by Timothy Garton Ash, Feb 2, 2015